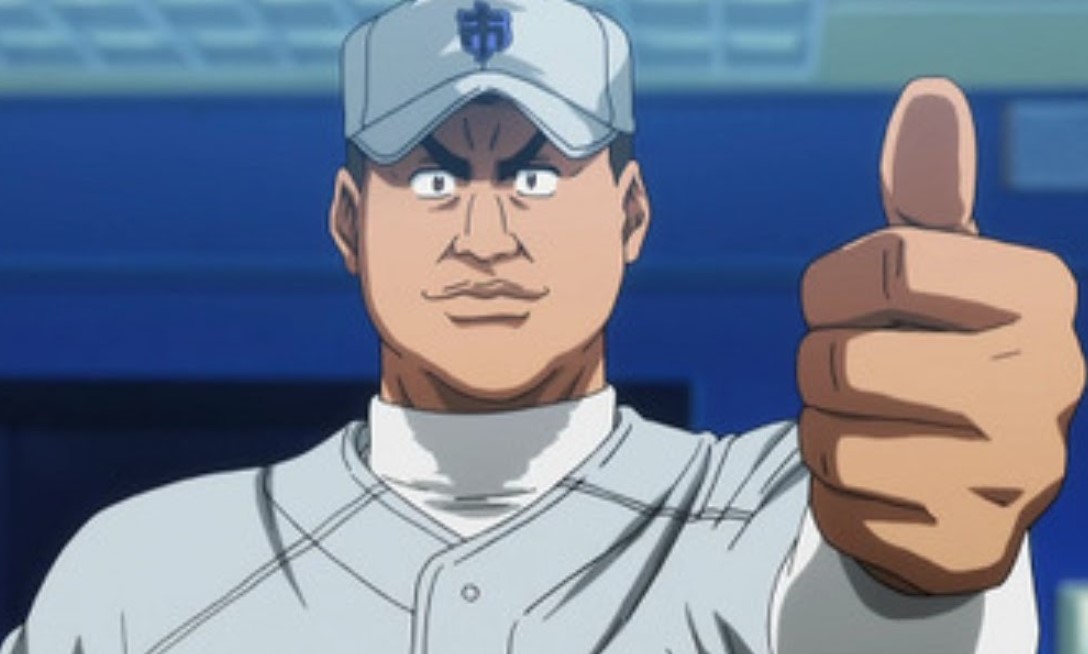 From the recent update of Diamond, It is 1 out with the runner on 2nd and Miyagawa manages to make it back home safely. Batting on the 4th 1st baseman Hoshida and Amahisa said that the game flow is no good. He yells at Sawamura that he is sorry and Sawamura replied that they must just get over it. Will find out next time if they can do something about the foreboding game flow.

After The fielding error, the game is now on the 4th with a runner on the 2nd base and Sankou is 4-hole. Hoshida is ready to take the plate and Miyuki orders the outfielders to be in their position to finish off at the plate. Miyuki noticed that Hoshida is focused and earlier when he is batting he manages to connect sending it over the outfielders head despite losing balance. Miyuki signals Sawamura to use the pitch that has a low risk of being sent to the outfielders.

Diamond no Ace Act II Chapter 235 will be released on Thursday, 3 December 2020. New chapters of the manga are always released on Thursdays. Note that this Manga keeps on taking breaks due to some of the interruptions and its chapter gets delayed. Take a look at the recap below.

Sawamura yells to the outfielders that they are going to keep it tight and they agree. Sawamura fires the 1st pitch to the inside and becomes foul. Miyuki noticed that Yoshida has swung at the inside pitch and decided to make him budge. Sawamura throws a fast low ball to the outside and that makes a strike. Miyuki praises Sawamura for making a nice pitch and the fans think that Sawamura is getting better at catching. Sawamura is making a strike to the spot make it difficult for Yoshida to deal with it.

Miyuki knows that Sankou has a power hitter and it makes them so scary but it exposes their weakness. Sawamura decided that he will draw the runner’s attention with the batter corned with 2 strikes. Sawamura is now going for the 3rd pitch. He fires thinking that everyone can make errors and mistakes but it is the pitcher’s job to make up for those mistakes. He reveals that it is his ideal for the ace that he wants to be. Since the team was helping him all along, now it is his turn to do the same.

Diamond no Ace Act II chapters are available in the Manga One magazine. Keep in mind that there is no official ways or websites where you can read Diamond no Ace manga. So you can support its creators by reading your manga from the magazine.