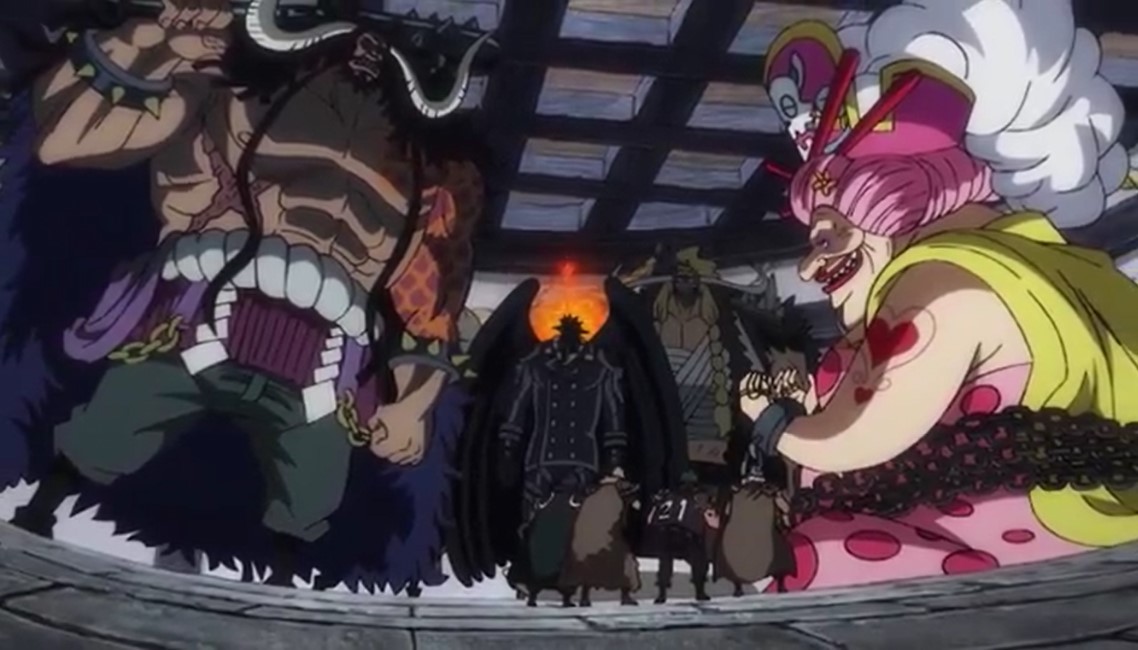 Queen and allies are riding on demon pigs carrying Big Mom whose wrapped with prism stone chains all over her body. They are taking her to Kaido before she wakes up and causes havoc. Meanwhile, at Ebisu Town, the citizens are happy that Kanjuro has Yasuie-Sama’s body. He promised them that he is going to lay Yasuie’s body to rest in Kuri. The citizens are still laughing at him while shedding tears due to the Smile Fruit.

Kanjuro remembers how Yasuie saved them by sacrificing himself and lie about the flyer with the symbol that was trending. Before Yasuie gets executed he told everyone that the flyer was just a prank so that the Straw Hats plan won’t fail. Kanjuro wants Yasuie’s soul to rest in peace near Oden-Sama. Franky shows up riding his tiger bike and told Nami with Kanjuro that they have to go. The trio leaves as the citizens’ cheer for them.

One Piece Episode 953 update and Recap

One Piece Episode 953 will be released on Sunday, 6 December 2020, at 9:30 AM JST. Keep in mind that every Sunday a new episode of One Piece is released. This post contains spoilers of the next episode you can skip them if you don’t like them. You can watch this Anime’s latest episode officially on Crunchyroll. Take a look at more details below. 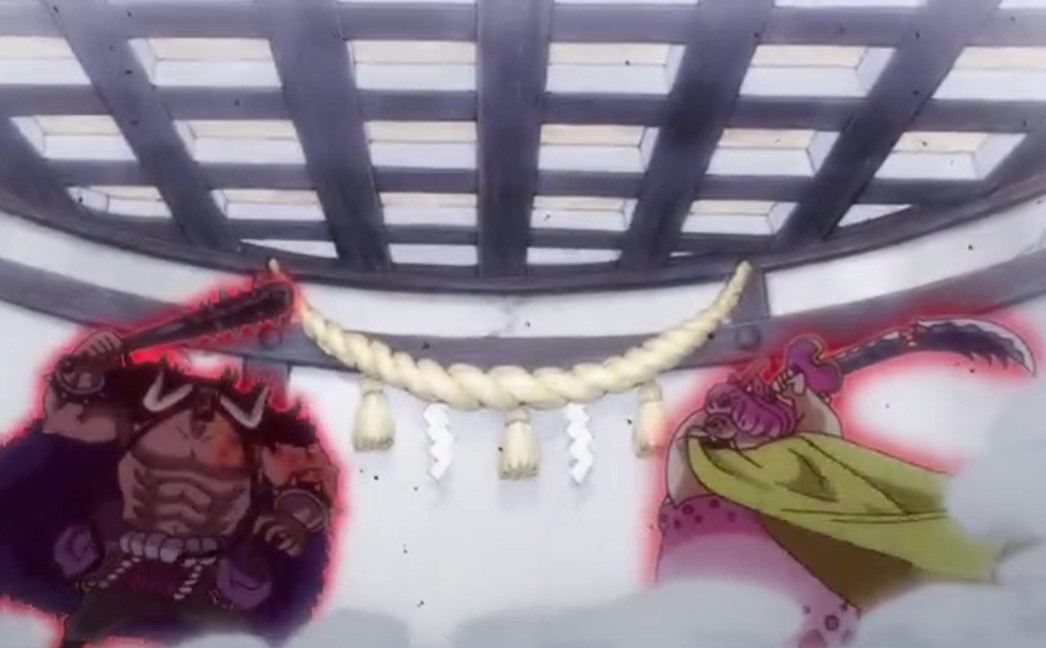 Previously on One Piece Episode 952

At a dock on the way from the Flower Capital to Kuri wanted posters of all Straw Hat crew have been posted. The police officer reveals that they have set up checkpoints all around the Flower Capital to catch the criminal who wanted to kill Orochi. Brook, Robin, and Ussop are hiding nearby and Brook asks what should they do. The trio comes up with a plan and Brook uses his ghost power to make them look old so that the police will let them pass.

The police officer got scared and said that they are haunted by ghosts and he allows them to pass. While they are inside the boat Ussop is worried about Otoko he doesn’t know what to say to her since she still affected by her father’s death. Otoko was hiding inside Brook’s stomach when they were passing the police and she is still sleeping. Robin asks Brook to give her Otoko since his body is a skeleton and he can’t warm her properly.

On the southwest part of Kuri Shintermaru, Dog Storm and Kinemon are walking together passing through the mountain valleys. They are happy that they have reunited. Meanwhile, Luffy has recovered from the poison that he was shot with during the battle. He still determined to master the Land of Wano Haki Ryuo and Hyogoro promises that he will be his sparring partner. At the bandit mountain, Zoro is clashing with the Samurai that took his sword.

After a long battle Kawamatsu shows up and he is not impressed by the two samurai who are fighting with no intention of killing each other. He is surprised that Komurasaki knows his name meanwhile at Onigashima Big Mom is enjoying eating sweet food. Big Mom asks Queen to join her and she is willing to forget what he did. King refuses and Kaido shows up telling them to uncuff her and the guards thought that the beast pirates were joking. He then orders them again to uncuff her. After Big Mom has been uncuffed the two started clashing at their full strength shaking Onigashima.