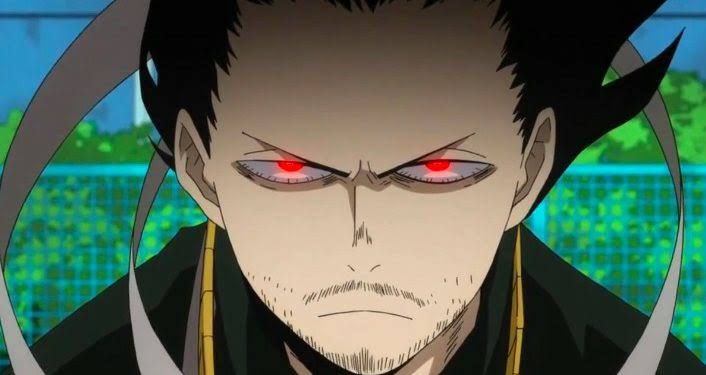 The chapter will focus on the interaction between the three, as expected. According to Aizawa, Shirakumo deserved to be a Hero more than anyone among the three. They were called the three idiots of Class A. According to Grab Torino, his body was
taken before being cremated and he became this crazed toy they call Nomu. Tsukauchi comments on how the Nomu that Endeavor fought in Kyushu had a human personality. He tells the two of them he wants them to try and awaken Shirakumo again, and Aizawa and Mic are lead to where they are monitored but can speak with Kurogiri alone.

Kurogiri is curious about Shigaraki. Kurogiri says that it is his mission is to take care of him. Aizawa remembers how Shirakumo picked up a stray cat and lent him his goggles to protect his eyes. While removing his goggles Aizawa then says, “Shirakumo, if you’re still in there then let’s do it… let’s be heroes! The three of us!”