Love Alarm Season 2, Is the Romance K-Drama Finally Returning in 2021 ?

K-Drama has been one of the most buzzed-about genres on the internet scene for the past decade. The plots and storylines from Korean television have been well-appreciated and applauded worldwide, and Korean Drama is making heavy waves to continue its domination. OTT Giant Netflix, which is known for its outstanding Originals like Stranger Things and Narcos, and giving life to amazing TV series and movies like Lucifer and Money Heist, isn’t far behind in accepting K-Drama. Netflix has always been eager to introduce various series from various countries in one place for the international audience, and K-Drama is no exception.

Netflix, after having a bag of good K-drama on its turf from the likes Startup and It’s Okay Not To Be Okay, there was another Netflix K-Drama Orginal that made its mark on the OTT Platform, which was called, “Love Alarm.”

Love Alarm is a Netflix Orginal K-Drama based upon the webtoon of the same name created by Chon Kye-young. The series focuses on a dating app that can tell if someone has feelings for you within 10 meters radius. The app wreaks havoc among the world and the lives of the main characters of the series Kim Jojo, Lee Hye-Yeong, and Sun-Oh. The series adaptation premiered on the OTT giant on the 22nd of August 2019, grabbed many eyeballs, and was a huge commercial success. Love Alarm ranked among the top releases by Netflix in 2019, and thus, the fans were left wanting for the second season.

Due to the Covid-19 pandemic, many series and movies had to be delayed, and thus, Love Alarm Season 2 also followed, and the updates have been going here and there. To end the confusion for once and all, here we have provided all the details related to the Love Alarm Season 2’s return in 2021.

Also Read: Best KDramas That Are Worth Binge-Watching

With the pandemic causing a lot of trouble for production houses and studios to continue their shows, they all have to make some difficult decisions for themselves and the fans. Netflix went hard-on and had to put many series on hold or cancel them because of the pandemic. If you are wondering if Love Alarm Season 2 is also on the boat for cancellation, then take a chill because the series was officially renewed for a second season on the 6th Of November 2020, with the various media outlets and the cast announcing the series renewal on The Swoon YouTube channel. So Yes, Netflix Original K-Drama Love Alarm Season 2 is Officially happening in 2021.

Love Alarm Season 2 was initially scheduled to arrive on the 22nd of August 2020, but due to the ongoing Covid-19 pandemic, the series took a backseat and thus was delayed to 2021. So far, there has been no new information on when the new second season of Love Alarm may premiere in 2021, but we are hoping that Netflix may announce it somewhere in early 2021.

What Happened in Season 1?

In the first season of Love Alarm, we saw how a new dating app took over the world and also the daily lives of our main characters Kim Jojo, Lee Hye-Yeong, and Sun-Oh. The dating app became a worldwide phenomenon in the digitized world when it could tell if someone in 10 meters of yours has feelings for you or not, thus ending the traditional form of love. The new app brings a lot of ups and downs between the main characters, with Jojo also sharing a platonic relationship with Sun-Oh only to know that they don’t have any romantic feelings for each other and also, on the other hand, we have Lee Hye Yeong, who also shares genuine feelings for Jojo.

The first season ended with a cliff-hanger where an update goes on the dating app that Jojo discovered, and she soon finds out that Lee Hye-Yeong and Hwang Sun-oh both share genuine feelings for her. The question was left was will she go with Lee Hye-Yeong or the handsome Hwang Sun-oh.

What to expect from Love Alarm Season 2?

The first season ended with a killer cliff-hanger and Jojo in a challenging position. In Love Alarm Season 2, we expect to see how Jojo will handle the tension between her friends and Hye-Yeong and Yook-Ji’s flourishing their relationship while Yeong still has the thing for Jojo. Brian Cho will also be getting introduced as a developer of the app. We will be seeing if Brian Cho is the developer of the app then how Cheong Duk Gu could give a shield to Jojo for her Love Alarm handle. Will Jojo meet the developer to remove her shield remains to be seen in the second season of Love Alarm. 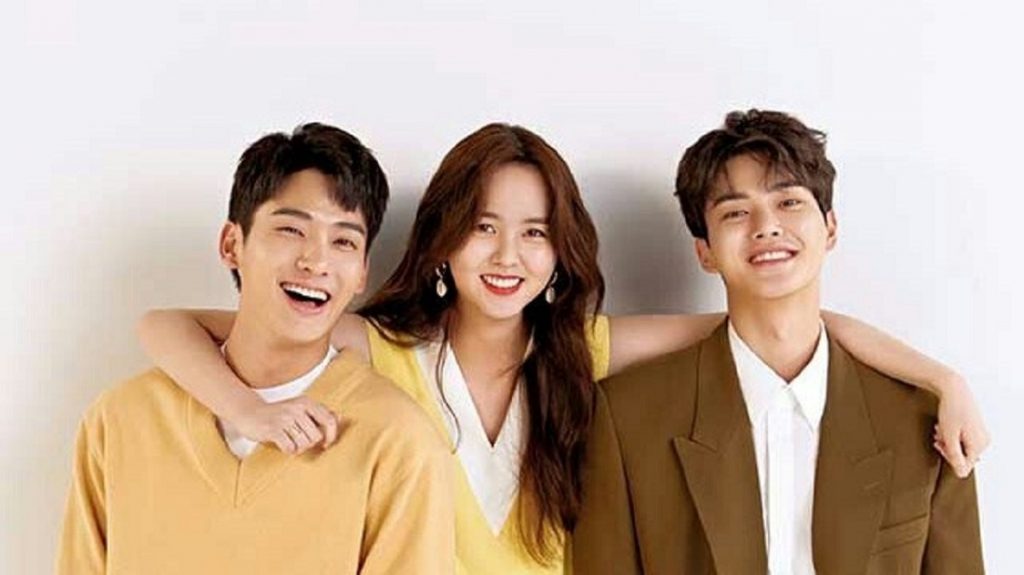 So far, we know that all the stars from the first season of Love Alarm will be returning to reprise their roles for Love Alarm Season 2. The Season 2 of Love Alarm’s cast will include Kim So-Hyun, Song Kang, Jung Ga-ram returning to reprise the beloved character of Kim Jo-jo, Hwang Sun-oh, and Lee Hye-Yeong. The supporting cast will be joined by Hera playing Kim Jung-go, Shin Seung-ho as ll-sik, Go Min-Si as Park Gul-mi, Lee Jae-eung returning as Cheong Duk Gu.

Due to the Covid-19 pandemic, many shows had to leave and break their fans’ hearts, but Love Alarm isn’t part of it. Love Alarm Season 2 will be arriving in 2021. For more updates on the second season of Love Alarm, stay tuned.

Also Read: 8 TV Shows You Must Watch If You Love ‘Crash Landing On You’

BBC Has Renewed ‘The Capture’ For The Second Season, Here’s What We Know So Far