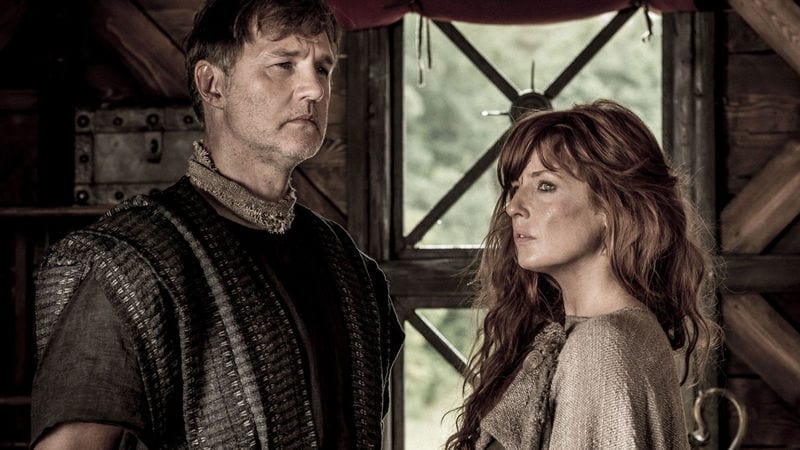 It was only a few weeks after Britannia Season 1 aired that Season 2 was confirmed by Sky Atlantic back in March of 2018. Britannia came in like a breath of fresh air for Sky Atlantic; it was the desperate hit that the network needed when it launched on Amazon in the US in January. The first Episode of Britannia alone brought Jez Butterworth’s life on screen, and that alone garnered an audience of 1.88 million.

By February, both Tin Star and Riviera (best shows on Sky Atlantic) were trumped by Britannia. Sky’s Commissioning Editor for Drama Cameron Roach in a statement called Britannia a story of clashing faith systems, families that are torn apart with mystic men and some fearsome queens.

Since Britannia was such a massive hit in Season 1, Sky Atlantic wasted no time in confirming the series for another run. Moreover, they lost no time in fencing the shooting process. Butterworth and Vertigo Films teamed together to create Britannia. Filming for Season 2 started at the beginning of 2018, and the series is in post-production mod as of now. What’s confirmed is that Season 2 of Britannia is on its way and is due to release soon.

Britannia is based upon the story of Britain under the Roman rule which was 2,000 years ago. The series stars David Morrissey, Kelly Reilly, and Mackenzie Crook and follows warring tribes battling to rule Britannia. For Season 2 you may expect all the lead stars such as David Morrissey, Kelly Reilly, Zoë Wanamaker, and Mackenzie Crook to be back. Season 2 is written by Butterworth and his brothers, Tom and John-Henry. More as we have it.