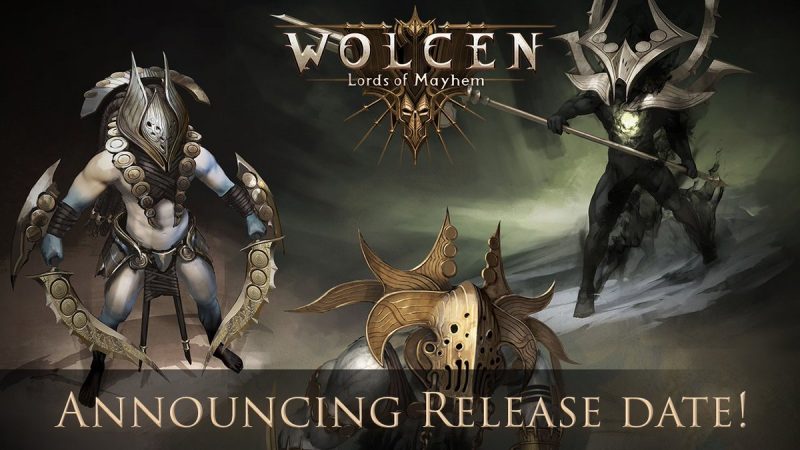 Wolcen Studio’s upcoming hack-and-slash action RPG game Wolcen: Lords of Mayhem is around the corner, and fans are looking forward to seeing what the RPG has in store for them. According to the latest updates, the Wolcen Studio has been paying close attention to the needs of the community for a long time, and they are working extremely hard for the project to make sure it lives up to everybody’s expectations. At the same time, fans are excited to get their hands-on experience.
There are a lot of updates circulating on the internet, and to save you the trouble, we have gathered all the recent updates and information regarding the game, so here is everything you need to know about the upcoming Wolcen: Lords of Mayhem.

The game incorporates the classic hack-and-slash mechanism with enhanced visual arts and modern AI to give an authentic next-gen experience. It is also reported that Wolcen Studio had taken a lot of inspiration from Diablo 2 while making this project, so anyone who enjoyed playing Diablo 2 would surely not get disappointed from the upcoming RPG game.
The open-world game is set in a corrupted world, where corruption is eating the world from within, and fans will play as Human Republic’s former army officer who has to abandon his place for the sake of his life after he becomes the primary target because of gaining some strange magic powers. Hunted by literally everyone, you encounter a group of Templars who recruit you. The game follows your adventure with the group as you progress more in the story.
The game featured a fresh new Apocalyptic Form, which will give the players the power to shapeshift into character with superior customization.

What is ‘Wolcen: Lords of Mayhem’ update

The game was initially set for an official release in late January 2020. However, the developers have pushed the game back for some more development time. The CEO of Wolcen Studio, Daniel Dolci, revealed that they would be taking these extra days to give the game ‘high quality, polished experience at launch.’
According to the official announcement, Wolcen: Lords of Mayhem will now release on 13th February 2020.
Stay tuned to Otakukart for more updates.