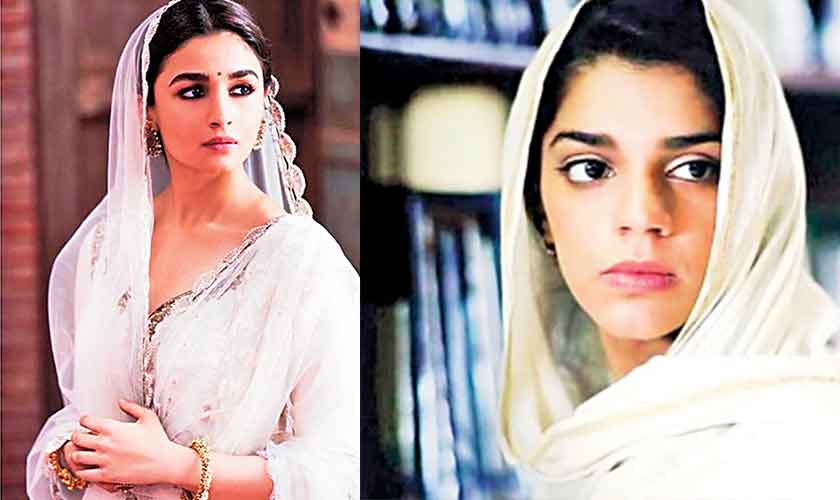 For her latest, Actor Alia Bhatt has admitted to drawing inspiration from Sanam Saeed’s Kashaf from Zindagi Gulzar Hai, a Pakistani TV series. Bhatt who plays Roop in the movie Kalank said that she had to undergo intense preparations for her role. And who better than Sanam Saeed to teach you how to act?

Zindagi Gulzar Hai aired on Pakistani channel Hum TV from 2012 to 2013. Later it aired on Zee Zindagi channel in 2014 and emerged a huge hit in India. Sanam Saeed responded to Alia’s statement saying if what was being said in the news is true, then she’s “tickled pink”. Sanam Saeed is a versatile UK born Pakistani actress known for her work such as Diyar e Dil, Cake, Deedan, Daam etc, besides Kashaf Murtaza in Mominda Duraid’s Zindagi Gulzar. The Indian actress Bhatt plays an Urdu speaking girl Roop in the movie.

Bhatt said that it was the director of Kalank Abhishek Varman who told her to watch the drama Zindagi Gulzar Hai, which starred Sanam and her Kapoor and Sons co-actor Fawad Khan. Bhatt also admitted to having drawn inspiration from Mughal-E-Azam and Umrao Jaan to get an understanding of grace and body language.