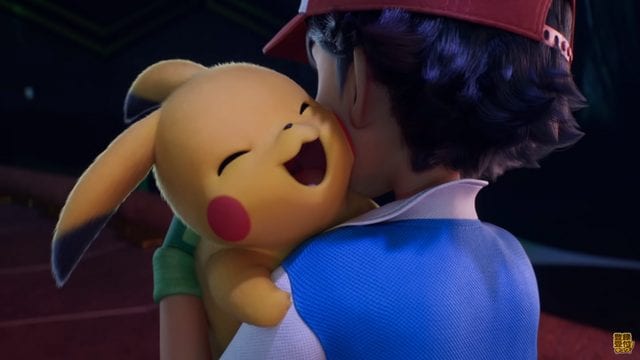 2019 is going to be huge for Pokemon, as some of you may know already. We’re getting a live-action movie this summer, on top of a new game which was announced quite a while ago, and also, a new anime film. The anime film is what we’re going to be talking about today, and it is called Pokemon: Mewtwo Strikes Back Evolution. I know some of you are thinking that the title of this movie seems similar.

We’ve already seen. Mewtwo Pokemon movie, right? Well, this movie is an exact adaptation of the old one, and that’s what has me even more excited! The movie will follow the adventures of Ash, Misty, and Brock as they head to a trainer gathering on an island, where they come up against Mewtwo who tries to liberate the Pokemon from their trainers.

A trailer for the movie dropped recently, and we’re very impressed with the first look at the movie. In case you missed the trailer, you can watch it down below:

The CGI in the trail is something that may annoy some fans and appeal to others, and I am one of those who are not bothered by it, even though I prefer hand-drawn animation. Great things can be achieved with both, and unless we get to see the full movie, it is hard to judge whether choosing the 3DCGI was a good decision or not.

Pokemon: Mewtwo Strikes Back Evolution will be directed by Kunihiko Yuyama and Motonari Sakakibara, with a screenplay written by Takeshi Shudo. The update of the movie is July 12 in Japan. For now, we don’t have a U.S update, but it is likely to be within a few months after Japan.

Are you excited about the next Pokemon movie? Let me know your thoughts in the comments section!