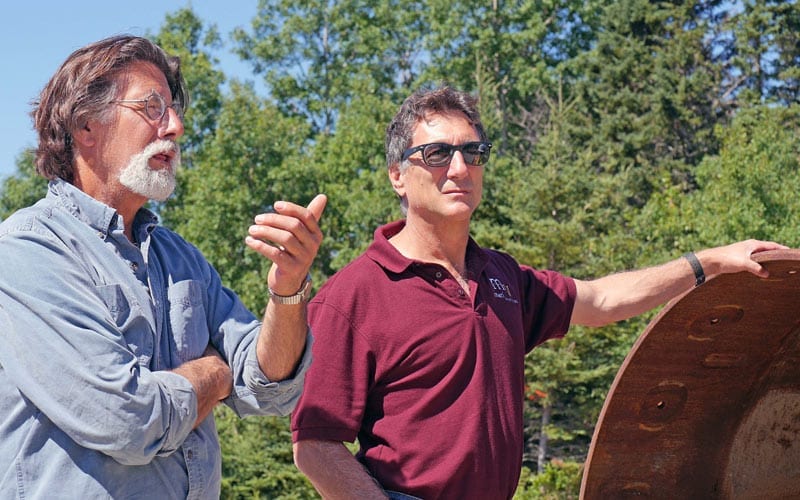 In this post, we are going to talk about The Curse of Oak Island season 6 episode 22 update, where to watch, and spoilers. However, the 21st episode is yet to be broadcasted as we write this post. The main objective here is to provide viewers with the details of the 22nd episode, which they would need after watching today’s episode. First, let’s talk about what is supposed to happen today.

Lagina brothers have too many problems as we know, as they never run out of problems. Even this time, they have to struggle with crane operators as all of them are on strike. Hence, they have no choice but to explore Smith’s Cove during the strike, which would last for three weeks. However, their accidental decision would yield some important revelations this week. Contrastingly, they would get to know that the structures at Smith’s Cove are older than the discovery of the Money Pit. Now, let’s talk more about the next week’s episode!

The show can be watched online too, as History shows are available to be streamed online on the History app, that too without any cost involved. Moreover, there are many other online platforms such as Hulu, Roku, Sling where viewers can watch The Curse of Oak Island at the mentioned time by streaming History Channel. The following paragraph will have spoilers from the next week’s episode.

The show is supposed to miss next Tuesday, and it will return on 30 April. It might be the reason that the synopsis is not out yet. I hope that in the 22nd episode, the crane operators return to their work, and we get to see some more interesting discoveries before the Winter arrives!

The synopsis of the 22nd episode is out now, and it suggests that the guys will discover a fact which will link Oak Island with the birth of a nation. Also, the next episode will decide whether Lagina brothers want to continue the work or end it. It looks like this will be the season finale, as there is not information about further episodes, and this season is already the longest in the series. Also, the next episode will feature promo of The Curse of Civil War Gold.