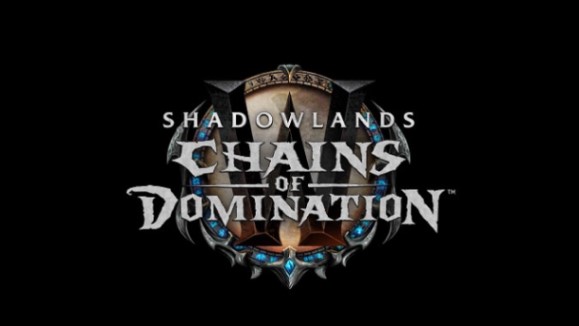 June 29, 2021, is the day that World of Warcraft Shadowlands finally released Patch 9.1. After 251 days of waiting, we got a little more information on Sylvanas’ plight, more of the Jailer’s plans, and a few changes to some well-known systems. This is a follow-up article to what we have experienced thus far and where we have left to go during this expansion. I thought it wise to get a knee-jerk reaction in the midst of the release.

If you were not a fan of the Maw and did your very best to outright avoid it, you are going to dread much of Patch 9.1 as players are thrust through the Maw for a multitude of quests and daily quests. We have received Covenant Assaults that last every 3.5 days (yes, that is not a typo, every three and a half days) that give us several quests to complete. These give rep and fill our weekly quote of a weekly quest titled Shaping Fate, which is crucial to earning renown, conduits, and a host of ash (for legendaries), and other vendorable goodies.

As we mentioned previously, the Death’s Advance faction is the most prevalent reputation that we are grinding. There are some currencies to earn, which we can buy catch-up item-level 200 gear for our alts, which is a nice perk for those of us balancing a multitude of characters. Having the opportunity to mount both in the Maw and Korthia seems great, but then simultaneously feels rotten, as we are finally able to unlock flight and maximize our Renown to level 45 (as of this writing). By unlocking flying, you get an amazing mount if you’re covenant is Bastion and a weird dragon-snake looking mount if you are Night Fae. The Necrolords finally get their bug mount, so expect to see players traversing the individual zones in the skies on these beauties.

With the Covenant Assaults, I was very confused, discounting the numerous bugs or quests simply not rewarding loot; the very nature of the quests is poorly explained in-game. As an aside, long ago, as a Guild Master, I had to make several requests for help from in-game Game Masters on the workings of a particular achievement. Throughout that process, the message was always, refer to WoWhead for information. I felt this very same thing this time around, as I was constantly referencing guides on how to complete quests, where to go, or what item to use. I have always felt like poor design forces people to look elsewhere for information that should be readily available in-game. Once we figured out where to go and who to kill, things resolved themselves, but it was difficult to ascertain said information. 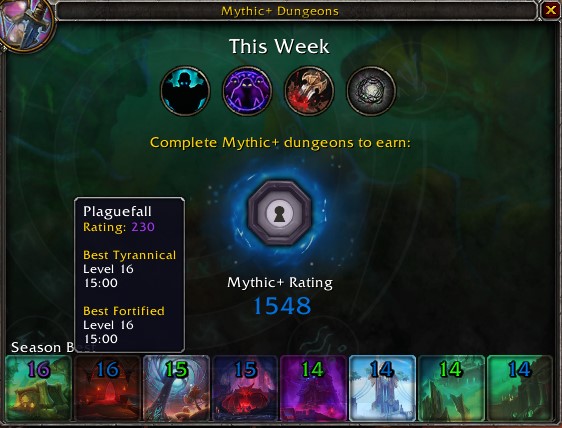 A look at the re-designed scoring system for Mythic+ Dungeons.

Mythic+ Dungeons have received their upgraded loot (all items increased their item level by 26 points), and in our Mythic+2 Dungeon, 210 items were dropping. The focal point of this is that your Weekly Great Vault rewards 226 item level gear, which will significantly improve most player’s gear. All this is really just to say that we had the longest first patch in the history of World of Warcraft, and although the numbers on our gear increased, not much else did. We got a new longer dungeon and a new raid, but it feels the same. We go to the Maw, gain some more power, and work with our covenant some more. Not much is different. Sometimes that’s alright, we don’t always have to break the system or add more components, but if we view this as an opportunity cost (opportunity cost weighs the value of one activity versus another, to determine what is lost and gained by doing one activity over the other), for this length of time, we definitely did not achieve much.

They added a new scoring system, which gives you points towards a total, and that score will be used to identify whether or not players could be successful in a run. Last season the achievement Keystone Master was received by completing each dungeon on a difficult of 15 or higher. This achievement allowed players to upgrade all mythic gear to the level of +15 with valor points. This season, there is a new wrinkle that forces players to reach that same level but on both Tyrannical (bosses have 30% more health and their minions inflict up to 15% more damage) and Fortified (non-bosses have 20% more health and dish out 30% more damage) weeks, which is double the amount of work. It has definitely been a point of contention for players and somewhat has been seen as a response for people purchasing these achievements from boosters.

Legion, one of the best expansions to date, introduced Nethershards in Patch 7.2, which could be used to buy better gear for specific armor slots. In Shadowlands, Blizzard attempted something similar with Korthian Armaments that can be looted off of rare mobs and purchased and then sent to alts. It is a similar system with absolutely horrible results. A guild member of mine used seven of these – the results were six of the same chest pieces and one bracer (he was attempting to get a new weapon). In Legion, the ability to target specific gear to improve was amazing, especially for casual players. I wouldn’t have minded if they increased the cost of this gear, but let us target slots of armor, but having a system such as this, makes it feel cheap unless you have a brand-new max-level character.

Torghast feels exciting and fresh and not as difficult as before. It feels properly tuned, and the additional perks we can grind out are a great addition. I personally like the transmog items that were added to the vendor, but I feel bad for my teammates when I don’t choose powers and buy transmog items instead. As a part of the questline, we are given the opportunity to unlock perks to assist our runs, while the Jailer has added Torments to our runs (negative effects we have to be cognizant of). We also can farm Torghast to our heart’s content and still receive some Soul Ash (20% of a normal run), which is amazing if you short just a few Soul Ash to craft something. Torghast is trending in a better direction, which is amazing considering we have to farm it more often to upgrade our legendaries.

Patch 9.1 Introduced a wealth of new legendaries tied to covenant powers, but most feel out of place and not necessary. Only a handful are even remotely necessary, and greatly reduced the time developers had to rework classes and provide wholly balance to life away from Azeroth. With so few legendaries being used, it was an odd design choice to add more to the fray. It is as if the developers saw that we were initially excited for legendaries and never bothered to check feedback since the initial announcement of Shadowlands. By this point, we get the traditional formula; enter new zones, obtain additional quests, search for upgrade gear, and learn a little about the story. Here’s to hoping we aren’t continuously inundated with more borrowed power and another two-thirds of a year patch next time around.