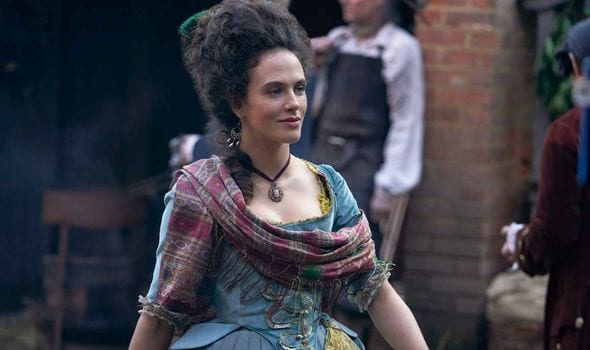 Harlots is a very popular drama that has been created by Alison Newman and Moira Buffini. The series started airing back in 2017. The second season was released in summer 2018 and now the third season kicked off on July 10, 2019. The show is focused on the Wells family who are from the 18th century, Soho, London, and they were running one of the most popular brothels in the city.

The third season of Harlots will have eight episodes. The episodes will air weekly on the streaming service. So, you have to wait for a week to get the new episode.

The second episode of Harlot is going to air on July 17, 2019. We saw that Charlotte’s brothel was damaged by fire and all of her savings went up in smoke. However, she is determined to retaliate. But, the Wells women need to act smartly because the Pinchers are very dangerous men. So, Lucy offers to help out her sister.

The show is based on the book, “The Covent Garden Ladies” by Hallie Rubenhold. The third season of Harlot is set in the 18th Century Georgian London. It tells the story of brothel wars between women.

Cast—
If you are interested in knowing about the cast of the Harlots, then I got you covered. Here is the cast of the show—
Samantha Morton as Margaret Wells
Lesley Manville as Lydia Quigley
Jessica Brown Findlay as Charlotte Wells
Dorothy Atkinson as Florence Scanwell
Pippa Bennett-Warner as Harriet Lennox
Kate Fleetwood as Nancy Birch
Holli Dempsey as Emily Lacey
Douggie McMeekin as Charles Quigley