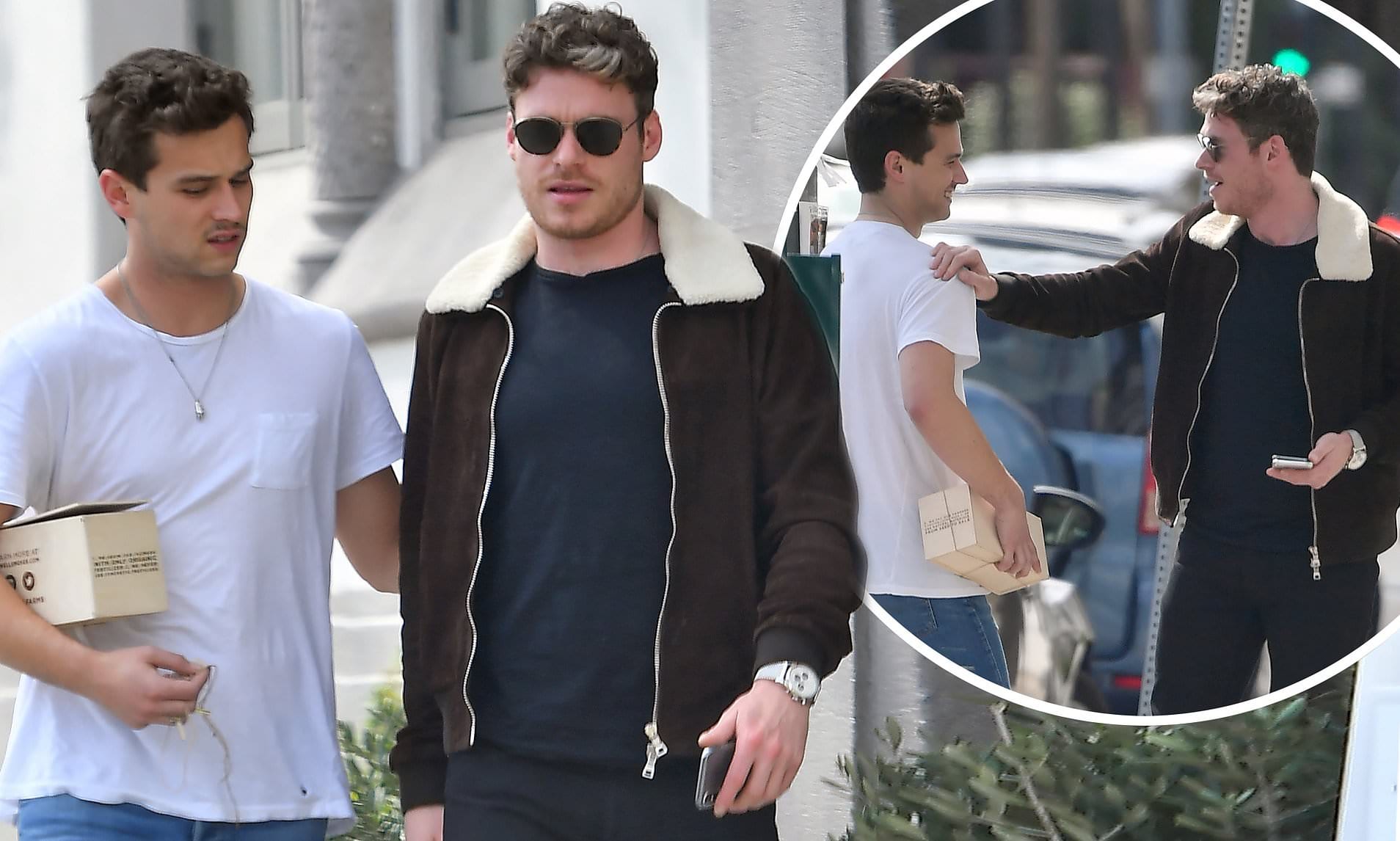 Richard Madden, from the Bodyguard fame in a recent interview dodged a question about him and Brandon Flynn’s relationship.

Richard Madden and Brandon Flynn were spotted at hotspot Craig’s West Hollywood on Thursday night. Both the stars looked in high spirits and seemed to be enjoying each others company. Richard, the Bodyguard star, 33, wore an all-black ensemble, Flynn from the 13 Reasons Why, 25, looked stylish.

Richard, who is one the best dressed in Hollywood, wore black denim and a basic blacktop. He finished the look with white trainers while a pair of shades hung on his top. Brandon, who is younger, opted for a light grey top, skinny blue jeans and black suede boots. Brandon was carrying a sling puma bag on his right shoulder.

Richard’s sexual orientation has become a subject of debate, recently in an interview with the New York Times to promote his role in the Elton John biopic Rocketman, Richard said that he’s always kept his personal life personal. He added that he’s never talked about any of his relationships, either. Most recently, rumored to be dating Ellie Bamber, 21. The couple split because they had become ‘worlds apart.’ Richard’s serious relationship include the one with Jenna Coleman, 33, for four years.

The Bodyguard star has been flying high on the success of the BBC TV show. He played the Principal Protection Officer of Home Secretary Julia Montague (played by Keeley Hawes). The role also won him a Golden Globe for Best Actor in a Television Series – Drama, and the National Television Award for Best Drama Performance.

The bodyguard was the story of Richard, who under the guise of a terrorist threat, began a steamy affair with the Home Secretary.