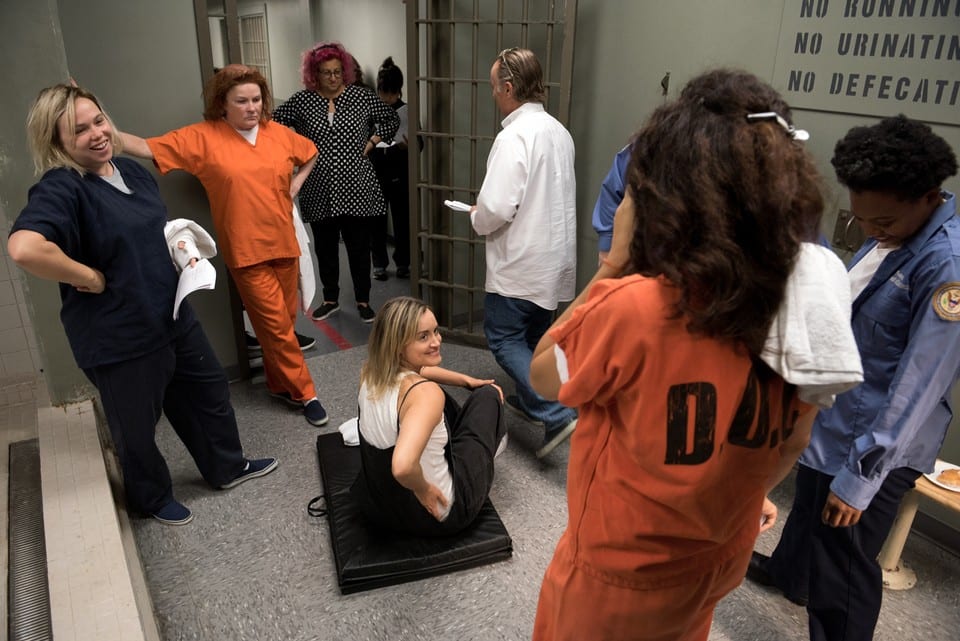 Orange Is the New Black

The prisoner ladies of Litchfield will make a comeback on our screens for the seventh and final season of Orange is the New Black on the digital streaming platform of Netflix. Season 7 is going to be all about Piper’s new life and the gang making a strong closing statement. Now for, the most important question is that when do we get to see new episodes hit the streaming service. More importantly, are there any cast changes in the story for us? Keep reading to know more.

Season 7 of Orange Is The New Black will come out on Friday 26th July 2019. We were shortly given this update news via Netflix’s See What’s Next Twitter account. We also had a chance to see new photos from Season 7, it shows Piper out and about in the new world for the first time. The Creator Jenji Kohan shared the group photo, the entire cast and crew snapped together one last time on 26th February 2019, thus marking the end of filming. The photo was captioned stating it was a wrap from OITNB.

At the end of Season 6, OITNB made a strong statement on the racial imbalance in the USA. Blanca was carted off to an immigration detention center, and Taystee was charged for a murder she didn’t commit. Piper’s story we all have spoken of, she was granted an early release.

Fans are anxiously waiting for the show to come out, but it will take time. We are still a month away from the next season, and it looks like the fans cannot wait. The trailer itself was very interesting, where Piper was struggling to live her life outside of the prison, and she would be surely missing her prison wife Alex. On the other side, all the prison members are struggling with their own problems.

Moreover, the synopsis of the upcoming season suggests that this season would not be miserable just for Piper, but it would be even worse for Taystee. She would be going to prison after a mistaken conviction, which will ruin her life. I believe that she would come out in the next season, but it will show us how bad it is for a normal person to live in a prison. We will experience everything on 26 July 2019, so keep patience and wait for it!