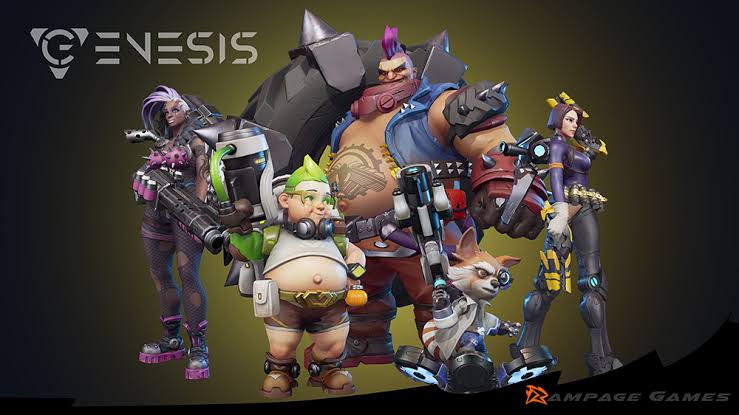 We were waiting for Genesis, which would be another MOBA game (Multiplayer Online Battle Arena), which is the most played game mode nowadays. The developer, Rampage Games, has announced the news that Genesis would be a new MOBA game which will be optimized for controllers. We have seen a lot of games not being easy to play for controllers especially battle royale games, but this is tagged with controller friendly.

While we also suspect that it is because it is made for PS4, and that is why it has to optimize as per the controller. Nonetheless, we have got to know that it is a next-generation MOBA which is teased to be for strategy and action lovers. So, it would be ideal for those who want to make their plans and fight.

It has three modes. While we have a PvP mode where you would be in a team of five fighting other teams to win, and it will also award you new equipments and weapons. Another mode is PvE mode, which is also known as story mode where you would be playing alone to complete the challenges to finish the story. It will also have a built in automation for targeting and other factors to make the game more controller friendly. Also, a Co-op mode will let two local players control the same legend!

Also, it will have more flexible options for controller keys to trigger several movements and give them some extra features like releasing directional skills, blinking, or quickly switching between abilities and items. We also heard Ray Zhu, who is Executive Producer at Rampage Games, saying, “We really wanted to bring a true MOBA experience to consoles.” “The biggest challenge, of course, was building the gameplay system for controllers. Keyboard and mouse have their advantages, but based on the feedback we received from our testers, I am confident we are equally prepared and players will feel right at home in Genesis” he added.

The game is released on 13 August 2019, which is already available to be played for free in North America.