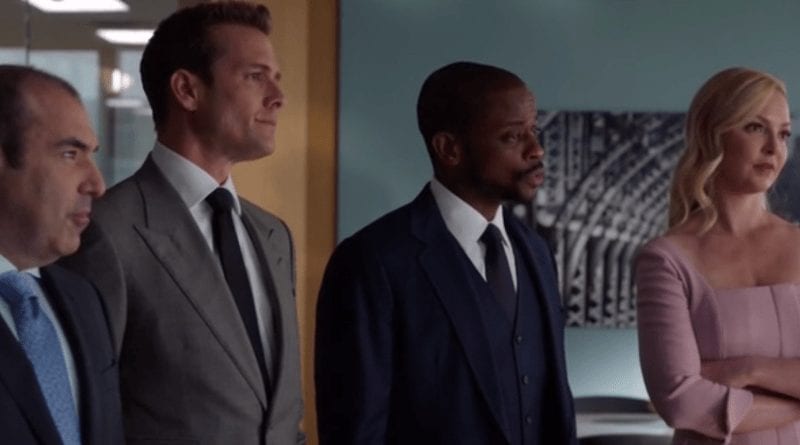 While all the Suits fans are waiting for the upcoming episode, which is season 9 episode 5, we are here with all the details of Suits season 9 episode 6. As we are aware, the fifth episode is supposed to air in a few hours and would have been aired by the time you read this article. Hence, we need to provide you with the available information about the next week episode.

The fourth episode of Suits will be more about Harvey and Mike’s fight, as Mike would be the one picking up against Harvey. While they both are engaged in a quarrel, Samantha would be involved without any consent. Hence, it would be interesting to see how it goes, while Faye is overseeing the firm. They are already losing their patience due to Faye’s dictatorship, and these small troubles are not going away.

Suits Season 9 Episode 6: Where to Stream?

The show is now five episodes deep into the ninth season, and the sixth episode is projected to air next week. The sixth episode of Suits season 9 is all set to release on 21 August 2019. The show is broadcasted on the USA channel at 9 PM on Wednesdays. The upcoming episode is titled ‘Whatever It Takes.’

The show is available to be streamed online on the USA app and website, where viewers need to provide their cable TV subscription details to log in. Additionally, options like Hulu, Roku, PlayStation Vue can help you stream the USA channel to watch Suits at the mentioned time.

The next week episode will be all about getting Samantha back to the job, which means, today’s episode would get her suspended from work. I assume it would be Faye’s decision, which Harvey will surely challenge. So, more twists coming in, and we all are excited about it.