Alone: Frozen is one of the 2022 spin-off series of Alone. Alone is an American adventure reality game program. It chronicles the self-documented daily hardships of ten people (seven partnered teams in season 4) as they attempt to survive alone in the wilderness for as long as possible, utilizing a limited quantity of survival gear. The participants are separated from each other and from all other humans, with the exception of medical check-ins.

They can “tap out” at any moment, or they can be removed if they fail a medical check-in. The contender who lasts the longest gets a $500,000 grand prize. The seasons were shot in a variety of isolated places, mostly on Indigenous-controlled territory, such as northern Vancouver Island in British Columbia, Nahuel Huapi National Park in Argentine Patagonia, northern Mongolia, Great Slave Lake in the Northwest Territories, and Chilko Lake in interior British Columbia.

The show debuted on June 18, 2015. On August 19, just before the season 1 finale, it was revealed that the series had been renewed for a second season, which will begin filming in the autumn of 2015 on Vancouver Island, Canada. The second season premiered on April 21, 2016. Season 3 was shot in Patagonia, Argentina, in the second quarter of 2016 and broadcast on December 8, 2016. A day before the season 3 premiere, History revealed that casting for season 4 had begun.

Season 4 debuted on June 8, 2017, and was situated on Northern Vancouver Island with a team dynamic. Season 5 was situated in Northern Mongolia and permitted prior season losers to play again. It first aired on June 14, 2018. On June 11, 2020, the seventh season will debut. Participants sought to survive in the Arctic for 100 days in order to earn a $1 million reward. 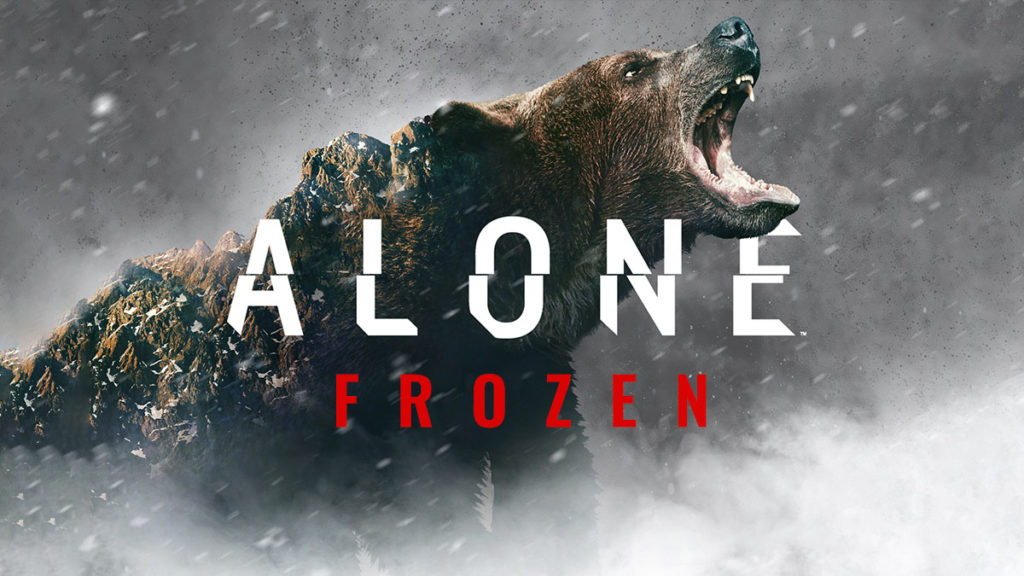 Alone: The Beast, a spin-off series, launched on January 30, 2020. In this series, three people attempt to survive in the wilderness for 30 days using just their own clothing and a newly slaughtered animal. One group was given a 1,000-pound bull moose in the Arctic, while two other groups were taken to the swamps of Louisiana and given an alligator and a wild boar, respectively.

Alone: Frozen drops six former contestants on Labrador’s east coast in the dead of winter, where they must survive for a set of 50 days. Another spin-off of 2022 is Alone: The Skills Challenge, which brings back three former contestants who put their bushcraft skills to the test in head-to-head building competitions. Contestants are provided basic tools and can only use the natural resources around them.

Also Read – Alone Season 6: And All We Know So Far

The first season of the History Channel’s Alone spinoff, Alone: Frozen, begins with episode three, “The Edge.” Episode three, which premieres on August 25, 2022, opens with five past Alone participants still competing for the $500,000 prize. Anyone who makes it to Day 50 will receive a portion of the pot.

From the sixth through the tenth day of the tournament, the action is set in the chilly Labrador wilderness. Many of the remaining survivalists seemed to be so cold, hungry, and uncomfortable at the start of the episode that they were ready to give up. Episode 4 “Bone Cold” starts with 39 days left in the season and counts down to 36 days for a share of the $500,000 prize.

44 Days Left: Greg has decided to tap out. Greg has decided to retire after 44 days. He’s nervous, and Labrador is bringing up too many Patagonia memories for him. In addition, he hasn’t been able to catch any fish and has been forced to eat just mussels.

38 Days Left: Callie, who has never tasted sea ice before, takes a mouthful. It tastes like a salty, crispy potato chip, according to her. She examines her traplines after a quick snack. The first three traps were empty, and neither was the Grouse Getter.

She learned to love herself in season seven of Alone, and she’s carrying that knowledge into this season. However, she is beginning to wonder if the land provides what she requires. She feels sad as she understands her body won’t live much longer without additional meals.

37 Days Left: She spooks a grouse immediately away, and despite her weakness, she takes a shot. It’s a murder! Callie is beaming as she holds the grouse up to the camera and kisses it. She is overjoyed and feels that things are improving.

She examines the bird in the sunlight, praising the deceased creature for its existence. She displays the little stones found among the grouse’s crop. (These birds consume stones to aid in the digestion of their diet.) The organs of the bird are in excellent condition.

36 Days Left: He goes on another bear hunt and comes upon the bird he shot 12 days before. It’s dead and not in excellent condition. Other birds have been nibbling at it, and since there isn’t much left, he’ll use it as bear bait. He also discovers the arrow he misplaced 12 days earlier.

He hears another bird and fires. He strikes it, but it’s not a death shot, so he has to put it down. Amós cooks bird soup at his refuge. He prepares it while urging himself to remain attentive and mentally aware of his surroundings.

38 Days Left: Woniya had been experiencing hunger pangs for the whole of the day and reveals that it took her two years to feel normal following her first encounter on Alone. Her teeth were ruined by her stay in the Arctic, and she doesn’t have much enamel left. If she doesn’t get nourishment on a regular basis this time, she could tap early.

Woniya is ecstatic to see that one of her traps has captured a bunny. This is her first successful trapping of the season, and she’s relieved that the rabbit died soon. She appreciates the rabbit and plans to prepare the hare in mussel soup.

38 Days Left: Michelle admits to making a mistake. She unspooled 300 yards of fishing line with only her headlight for illumination, and it’s now a knotted mess. “Needless to say, maybe those types of judgments shouldn’t be taken in the early morning hours,” she chuckles.

Hours later, she’s untangled her line and, with snow falling, she sets out to fish. She’ll start by inspecting her traps. She’s been surviving on clams and mussels and understands she has to add a fatty animal to her diet. She stumbles discovers a recently deceased Canada Jay that she believes was dropped by a hawk. She’s chosen to forego fishing for a bit in order to prepare the bird. She believes it will be safe because there is no trace of parasites, but she will thoroughly boil it before eating it. At this time, each candidate has both strengths and shortcomings. Callie is generally consistent in finding food, but she’s demonstrated that if things become too tough, she’ll snap. Amós is a badass, but his shelter stinks. Michelle has the nicest hunting shelter but the least hunting experience. And Woniya is the unknown. But it’s believed by the fans that they can all stay for the whole 50 days.

On September 8, 2022, Alone Frozen Season 1 Episode 5 will release. Alone Frozen is now one of the most popular series, with episodes dropping one after the other.

The captivating narrative of Alone Frozen may be considered as one of the key reasons why this series has managed to garner such popularity, prompting viewers to hunt for Alone Frozen Season 1 Episode 5, which we have mentioned above. You can watch Alone: Frozen online by renting or buying it from iTunes or Vudu.