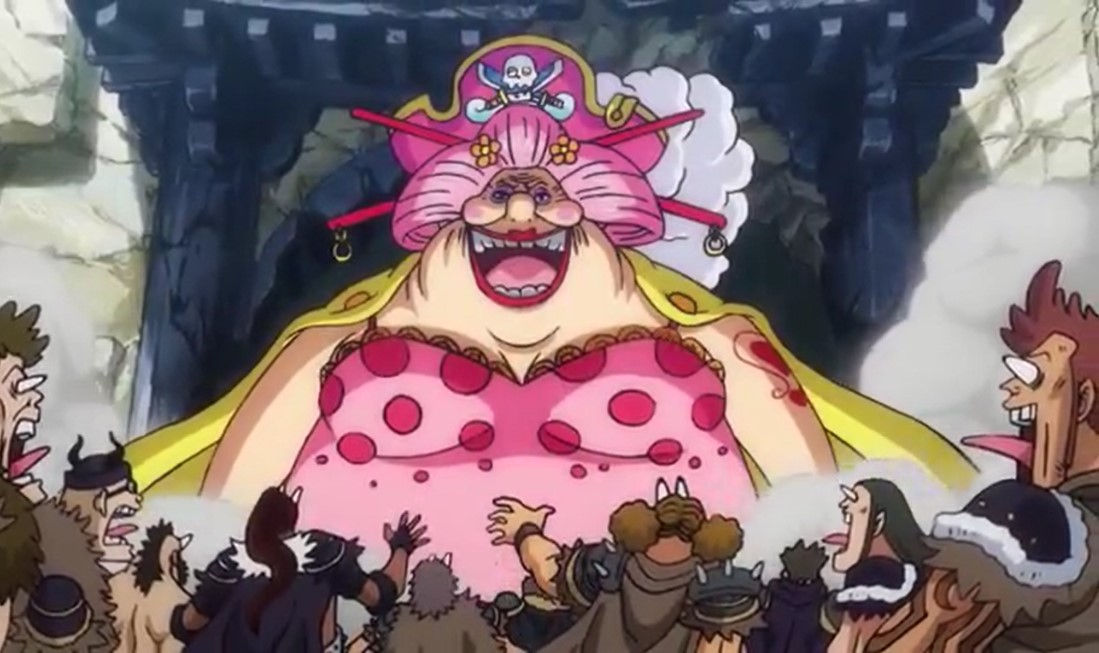 The Straw hat pirates are engaged in combat with Orochi’s Oniwabashu Shogun of Wano Personal Ninja Force. Meanwhile, Big Mom is at the Udon prison gate she is looking for her red bean soup. Luffy and Queen have stopped their Inferno Sumo match waiting for a pirate giant to show up. Law wants to protect his comrades from Basil and Kinemon is with Dogstorm and his allies. Kinemon is watching the battle that is taking place at the flower capital and he can’t believe that Yasuie’ execution would cause such chaos.

Dogstorm said that he knows How Zorojuro and Sangoro feel and Shutenmaru said that they must go and beat Holdem. Kinemon reveals the truth about the food that was stolen to stop Shutemaru from clashing with Holdem. Kinemon reveals that they are the ones who provoked Holdem and make it look like it is Atayama thieves whop did it. Shutenmaru got angry and grabs Kinemon with his collar and pins him to the ground. Dogstorm apologizes for their actions and Kinemon said he did that because he wanted to motivate Shutenmaru.

Today’s post is about One Piece Episode 945 preview, and recap. Take a look at the Anime weekly schedule here for you not to miss any episodes of One Piece.

One Piece Episode 945 will be released on Sunday, 11 October 2020, at 9:30 AM JST. Keep in mind that every Sunday a new episode of One Piece is released. This post contains spoilers of the next episode you can skip them if you don’t like them. Take a look at more details below. 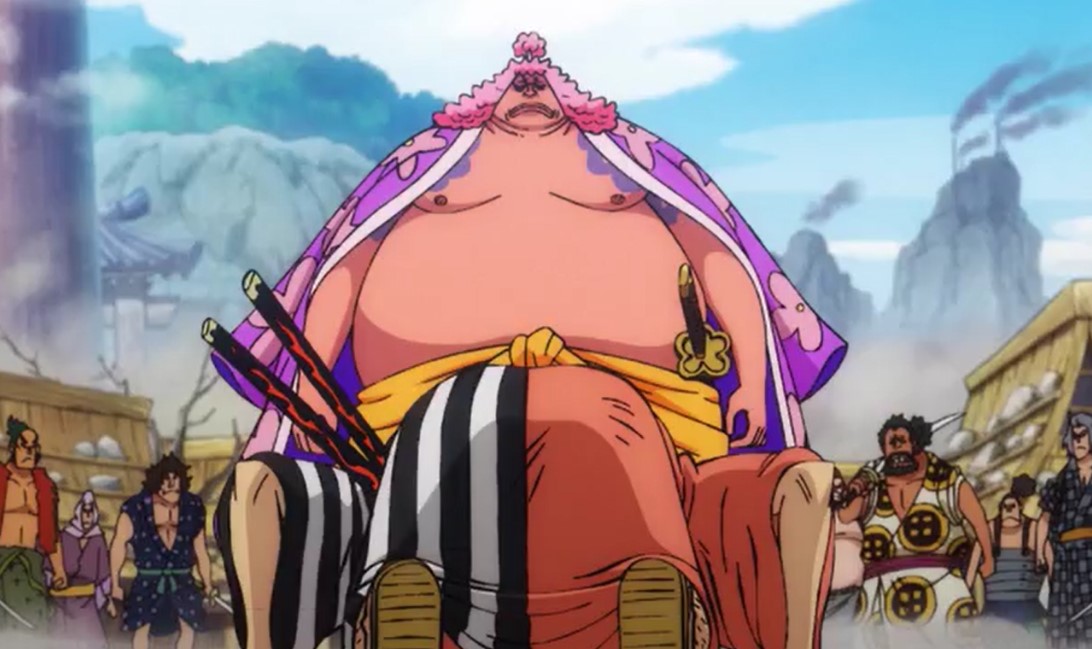 Previously on One Piece Episode 944

Kinemon falls on his knees in front of Shuntemaru and explained everything. He reveals that their plan is still safe because of Yasuie’s sacrifice. He begs Shintemaru to join them so that they can take down Kaido and Shuntemaru said Kinemon will never understand the weight of the past 20 years. Shintemaru went on his ride and drink booze then he told everyone to follow him, he will show them something. At Udon gate Big Mom is with Chopper and Momosuke she is destroying the Udon gate.

Inside Udon Queen asks who is rampaging outside and Big Mom enters the first gate.  Big Mon manages to break the third gate and appears in front of Queen, Luffy, and others who are shocked. She asked for the red bean soup and if it is delicious. Queen asks why Big Mom is here since her ship was sunk and the giant lady saw the red bean soup. She calls Otama, Momosuke, and Chopper to come and enjoy the soup with her. Since Big Mom has lost her memories she doesn’t know who are her enemies.

The samurai lady told Otama and Momo to hide and they must not be spotted she will go inside and rescue Luffy. The Samurai lady went inside with Chopper in disguise. Since Queen likes red bean soap he is arguing with Big Mom about and his allies are scared that things will get worse. Big Mom touch her grumbling belly and told it that it will get the red bean soap soon.

Queen can’t give his soup easily he transforms into a giant monster. Queen told Big Mon that the soap belongs to him no one else and Big Mom must go away. Big Mom jumps up and hits Queen with a powerful blow that puts him to sleep. The red bean soup is also finished inside the pot Big Mom is angry, to be continued.

With these latest updates about the upcoming episode of this Anime, we end this week. Next week Sunday we hit again with another latest updates. That’s what we have to offer for this Sunday.