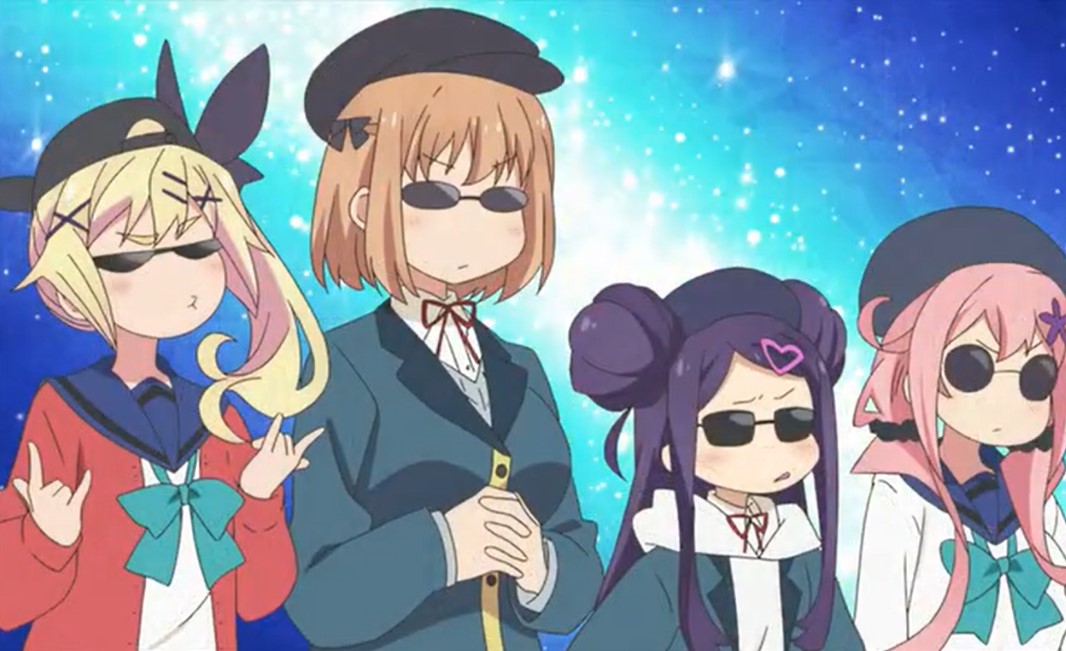 It has been a week since Ino moved to Tokyo from the countryside of Okayama to pursue her dream of becoming an idol. Ino got her adjusted into here at Mouse House where she is staying with Roko, Hayu, and Nina. In the morning Ino realizes that she is starting a new semester at school today. Miss Hoho wakes up and finds Ino preparing breakfast she greets her. Miss Hoho is a manager from Ino’s agency at Rat Productions and Ino asked her if she stayed all night. Miss Hoho replied that she was working all night.

Ino went and wake up the other three girls to get ready for their first day at school. They both get ready and Miss Hoho praises them on their new uniform and told them to disguise themself as they are idols. They did the opposite and get more attention from the public. Roko told Ino and Hanyu that they must go separately.

Dropout Idol Fruit Tart Episode 2 will be released on Monday, 26 October 2020, at 9:30 PM JST. Note that every Monday this Anime will be releasing a new episode. Make sure to convert the time mentioned above so that you won’t miss a new episode by the time it is released. The spoilers for the upcoming episode are not yet released take a look at the following updates below. 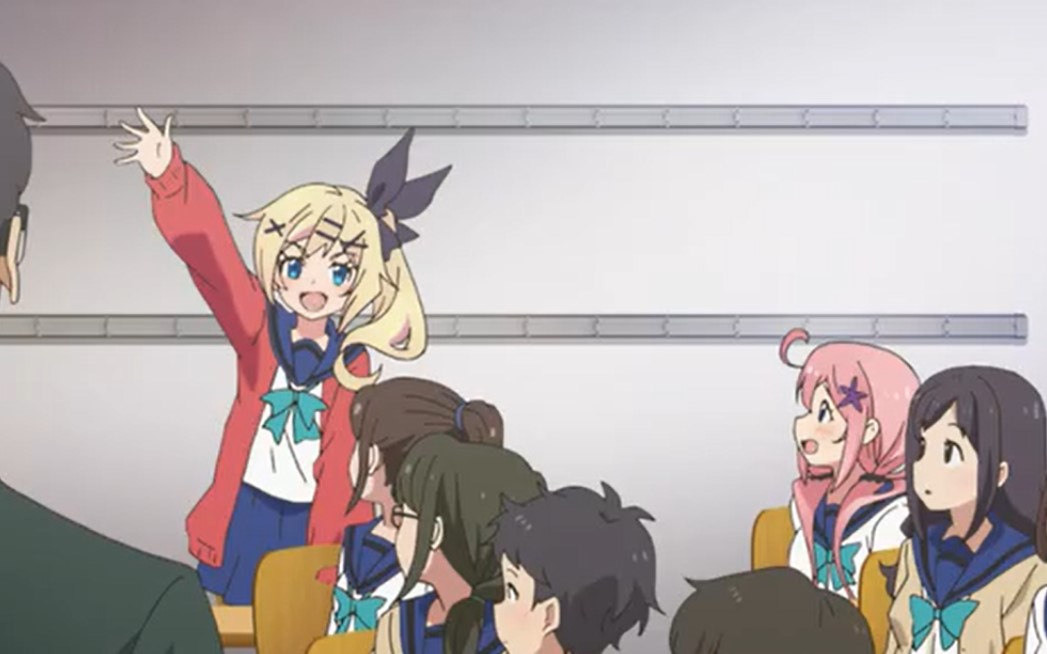 Inside the class, Ino is nervous meeting new students and they have to introduce themselves in front of others. Ino thinks that maybe she has to reveal that she is an idol since other students are being honest. The teacher calls Ino to introduce herself due to confusion she said something that surprised other students. She said rollcall #7 I am Ino Sakura and I am not working to pay my debts.

Hanyu gets up and saves Ino from embarrassment. Hanyu said that she is with Ino in the process of paying back their debt. Later Ino thinks that they are both officially the weirdos of their class. After school, they went to do their job as Idols and they are planning to host a show.

We conclude our Anime with all of those updates up above along with this preview. Note that every Monday new updates of this Anime will be released.