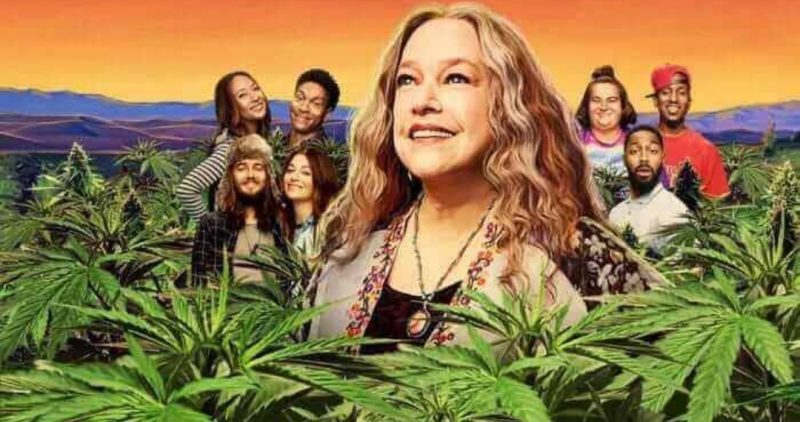 Disjoint is a well-known American web television in the comedy genre that can be watched on Netflix. It has been created by David Javerbaum and Chuck Lorre, who is popular for his show The Big Bang Theory. The show revolves around a lifelong advocate of marijuana legalization who gets permission to have her own marijuana dispensary. The first season consisted of 20 episodes and came out on 14 July 2017. A gap of six months was taken, after which the second half of the first season came out.

The cast of Disjointed Season 3

The show features Kathy Bates as the protagonist, who is a two time Emmy Award winner. She plays the role of Ruth Whitefeather Feldman, who is an advocate of marijuana legalization. She is also aided by many people, including her sons, a troubled security guard, and three budtenders.

The casts include Aaron Moten as her son, Travis Feldman; Tone Bell plays the role of Carter, the troubled security guard. The budtenders are played by Elizabeth Ho, Elizabeth Alderfer. Other casts include Betsy Sodaro, Chris Redd. There are also many recurring cast members like Nicole Sullivan, Michael Trucco, Peter Riegert, and so on.

The storyline of Disjointed Season 3

The show follows Ruth Whitefeather Feldman, who, after decades, finally gets to live her dream. She has found a new purpose in life and opens a medical marijuana dispensary in Los Angeles. It is really tough to run such a dispensary, and hence, she is supported by many people, including her twenty-something sons, budtenders, and a security guard.

As the show progresses, Ruth falls into one problem or another. Due to the marijuana web show hosts Dank and Dabby, her dispensary gets into trouble. The problems keep on coming as she sells cannabis to minor by mistake and smoking pot in natural forest.

The show is kind of a stoner comedy and has used the same trick in the book, and sometimes we feel there are familiar stoner tropes that are annoying. The star actress has helped the show to get popular; otherwise, the show would not have sustained so well. Tone Bell has also worked very well as Carter. Bates Bell’s performance as an Iraq War veteran who is suffering from PTSD is also praiseworthy. Apart from these casts, others are not found to be too impressive.

The show has received a rating of 6.7/10 based on almost 7500 votes. However, the show has not managed to make an all mark among the audience and has also disappointed the critics with an abysmal score of 22% for the first season.

It is not necessary that Netflix will cancel those shows which perform poorly, but Netflix did withdraw the show and the chances for the release of a second season seems to be less. However, if Netflix changes their mind, we might still have hope. Fans would enjoy the show together if the second season comes out, especially to see the star cast.