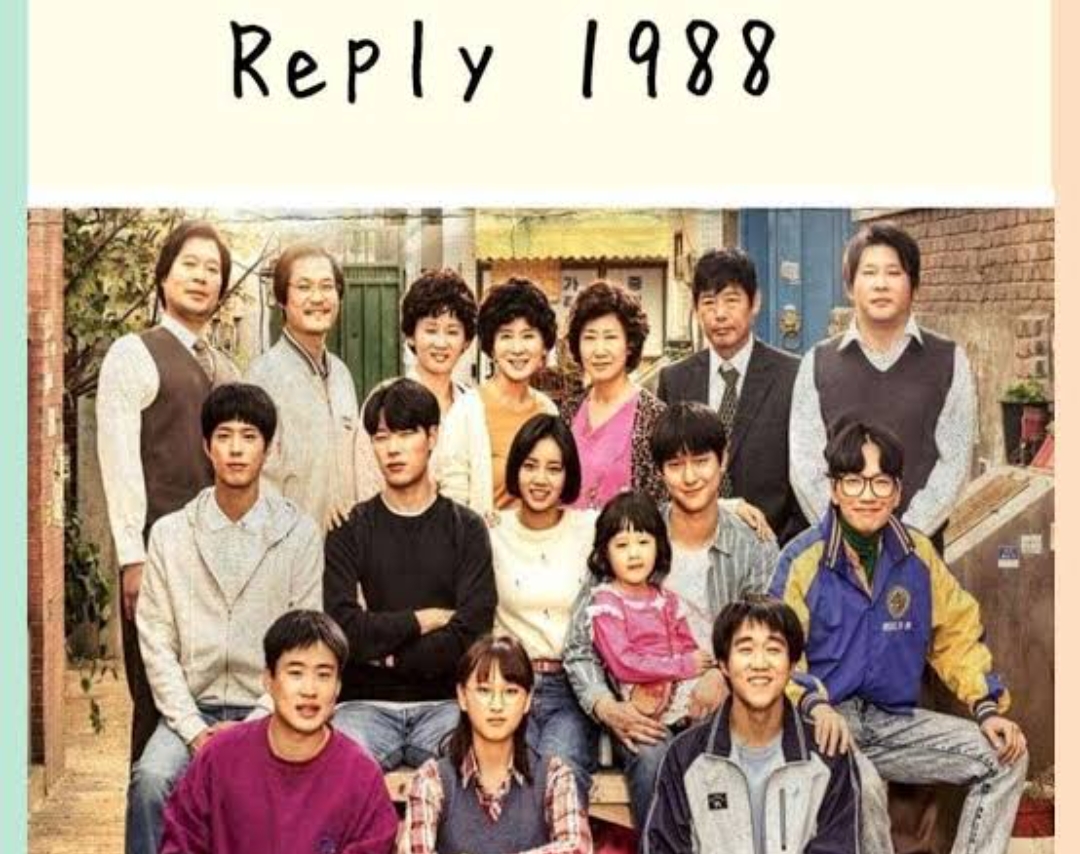 If you are more into serious family-oriented dramas, you must have ‘Reply 1988’ under the list of your favorite Asian dramas. It is one of the highest-rated dramas, and I think it deserved the hype it has received. With a well-written storyline, this coming of age drama is all about the good old times people think of after growing older, cherishing and reminiscing the youth. The story makes us feel so satisfied that we cannot help but laugh and shed happy tears to bid farewell to it at the end of it.

If you have recently watched it and can’t get over it still now, you must be looking for something similar to watch, and you are at the right doorstep. Here are the top Asian dramas you should consider watching if you are a fan of the 2015 kdrama, ‘Reply 1988.’ 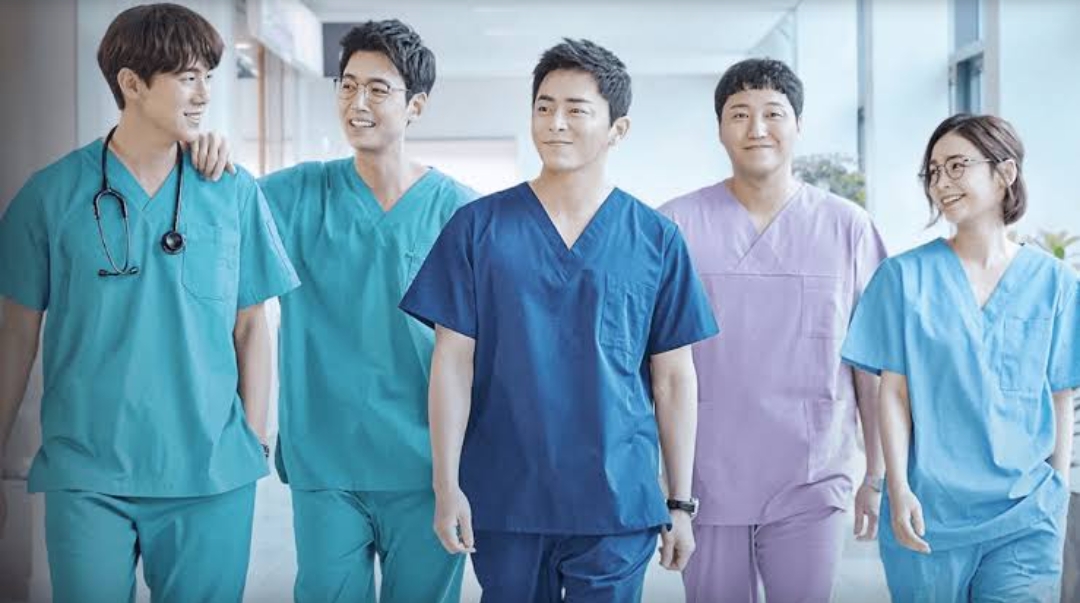 The drama is basically about five doctors who have been life long friends, having been together for nearly twenty years, since their graduating times in the same medical school— now serving as doctors in the same hospital. The series depicts the stories of the doctors, nurses, and patients in the hospital, where every day someone takes birth while someone’s life ends. The drama also narrates the tale of a band, which the group of doctors forms.

Everyone who has watched Reply 1988 must not miss this at all, knowing fully well that both of them share the same producers. The storytelling, the humor involved here, everything reminds us of Reply 1988 series. The story in Hospital Playlist helps us connect with the doctors’ stories, just as we connect with the lives of different families in the neighborhood in Reply 1988. 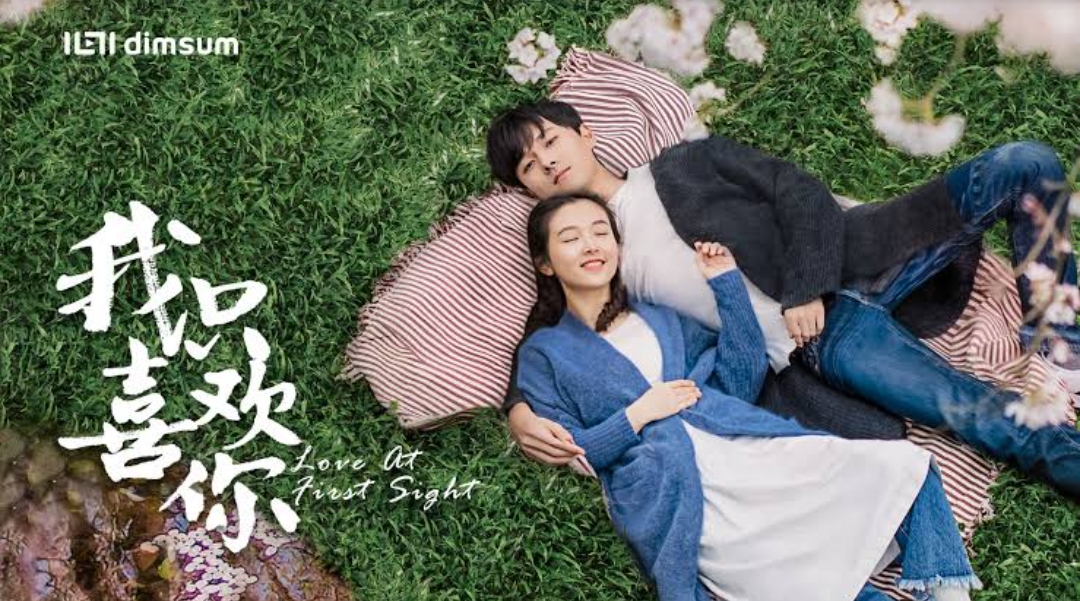 The story revolves around two friends in their high school, Zhao Qiaoyi and Yan Mo, who were deskmates and had promised to go abroad and study together after graduating. However, due to a family emergency, Qiaoyi and Yan Mo fail to fulfill their promise, and both of them gradually drift apart and lose touch. After four years, they meet again for their high school reunion.

Both the dramas are narrative, with the story beginning with their present life— the husband and wife throwing light on their youth (the husband in case of Reply 1988 is not revealed). The dramas involve multiple couples having major stories of their own, along with their parents’ love. Although both the series are slow-paced, they utilize the time in a good way— giving away a slice of life, trying to teach us the value of our family and friends. 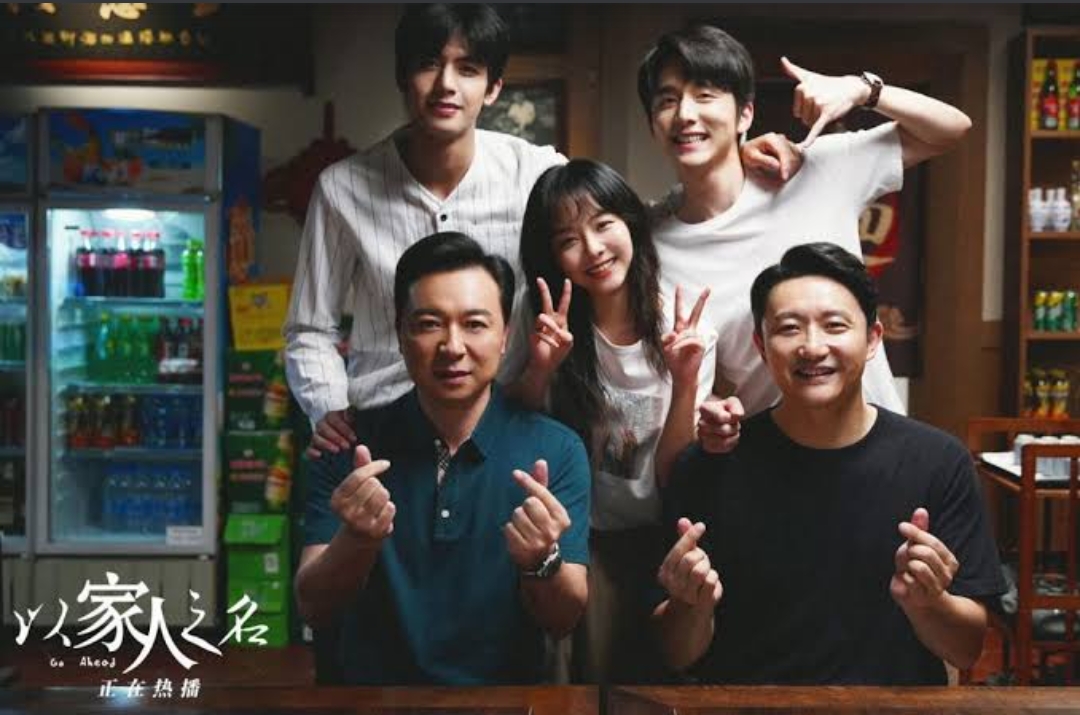 The drama ‘Go Ahead‘ depicts the story of three troubled youths, who, regardless of not being blood-related, become the best family they could ever be for each other, finding comfort in their common experiences. Ling Xiao, He Zi Qiu, and Li Jian Jian grow up together with their two fathers, experiencing the joy of life, supporting and helping each other, until one day both the brothers return to their own families. After nine years, they come back, but things between them have already changed. The brothers realize that their sister isn’t the same girl they left years ago.

Both the dramas feature dysfunctional families, time leaps, and the theme of childhood friendship. While Reply 1988 spends more time on the main characters’ growth, reflecting on the old days repeatedly, Go Ahead focuses more on the reconnection of the characters’ bond that they shared. The relationship between family members and friends have been delivered appreciatively in both cases. 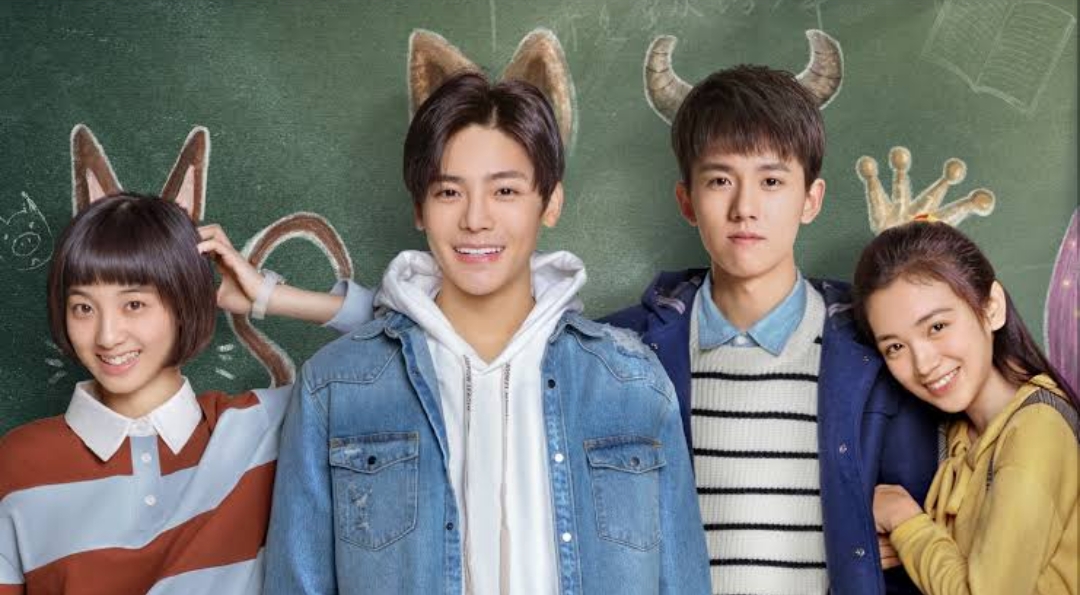 When We Were Young

Set in the year 1996, the story revolves around a high student, Yang Xi, who has a low IQ, and the only thing she is good at is long-distance running, but due to an explosion that leaves her injured, she is unable to compete. When Yang Xi comes to know that the boy who was the reason behind her misfortune is now not only her new classmate, Hua Biao, ut also has grabbed her position as the class president; she gets annoyed. However, Hua Biao cannot be hated by others, owing to his handsome looks and high IQ, making him the science department’s gifted genius.

The drama centers on youth’s theme, growing up, and the strong relationship between friends, just like Reply 1988. Along with capturing the emotions associated with being young, both dramas focus on the responsibilities and difficulties that ascend on an individual as they grow older and the need to sacrifice desires for others’ sake. 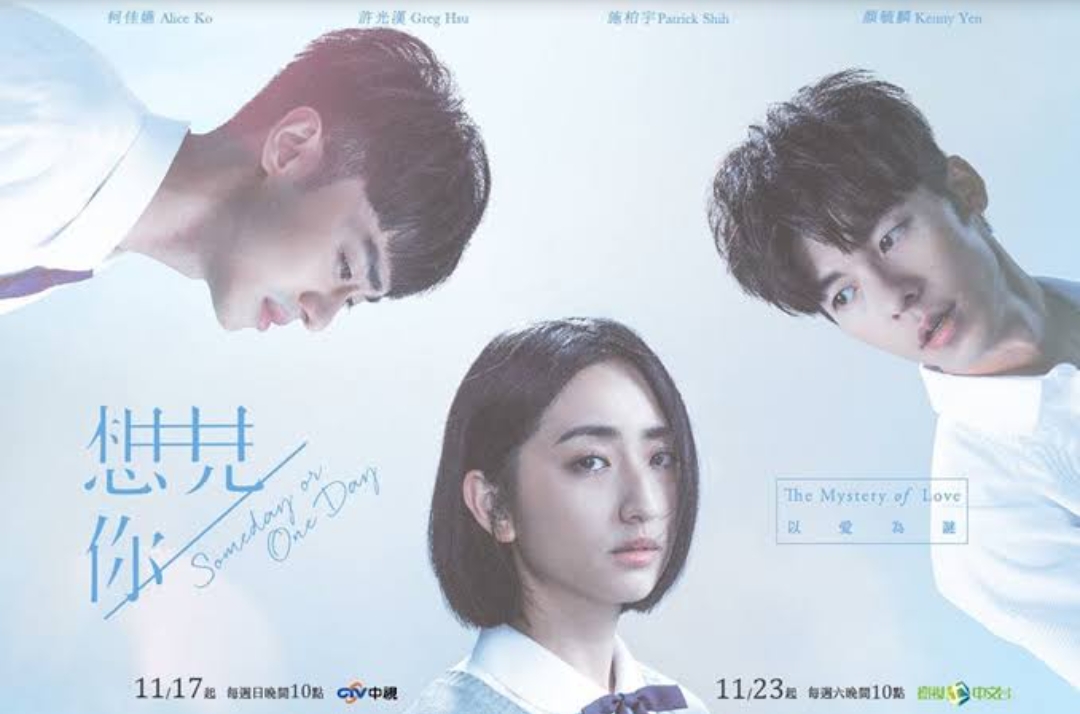 Someday or One Day

The story follows a 27-year-old Huang Yu Xuan in 2019 whose boyfriend has been missing for two years, but she still longs to see him. On the other hand, there is a 17-year-old Chen Yun Ru, in the year 1998, who wants to be liked back by her school crush. One day while listening to a music cassette, Huang Yu Xuan deeply falls asleep and wakes up as Chen Yun Ru in a hospital healing from a head injury, with her schoolmate, Li Zi Wei sitting by her side. Trapped in another person’s past life, Huang Yu Xuan realizes that she will die along with Chen Yun Ru’s death in 1999 if she cannot figure what had happened with the girl in the hospital.

Although both the dramas’ storyline seems really different, both of them give away the same nostalgic vibes. We also witness the family and friend aspect, with the development of friendship into something more than that. Both the dramas show the family relationships, the heartfelt feelings existing between the leads, and the love and patience.

Read: All The Upcoming E-Sports Asian Dramas That You Should Watch 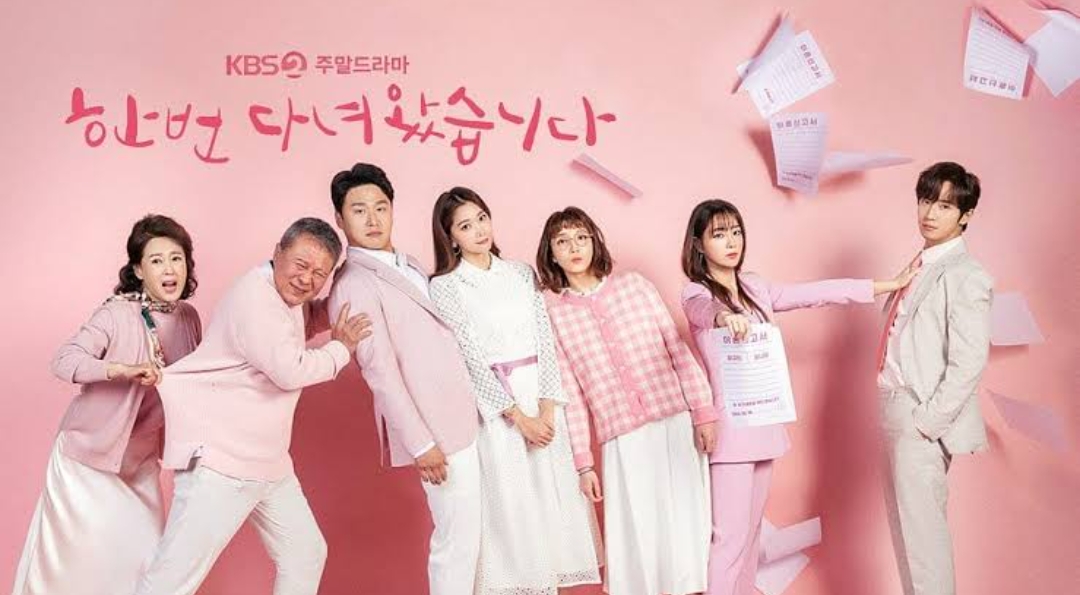 The drama focuses on the eventful Song family living in the chaotic neighborhood of Yongju Market, longing for a day of peace. The story involves a married couple with four adult children: Joon Sun, Ga Hee, Na Hee, and Da Hee. While the first two children, Joon Sun and Ga Hee are divorcees, currently living with their parents, the third child, Na Hee, is struggling with her married life, and the youngest one, Da Hee, is about to get married soon. Dealing with real-life problems existing in the family and the neighborhood, the drama deals with character development, heartbreak, reconciliation and consists of loads of second chances.

‘Reply 1988’ and ‘Once Again’ are heavily focused on family life, perfectly balanced with comedy, romance, and lots of drama. Both the dramas have multiple leads, deal with meaningful issues and make you feel connected with the characters. 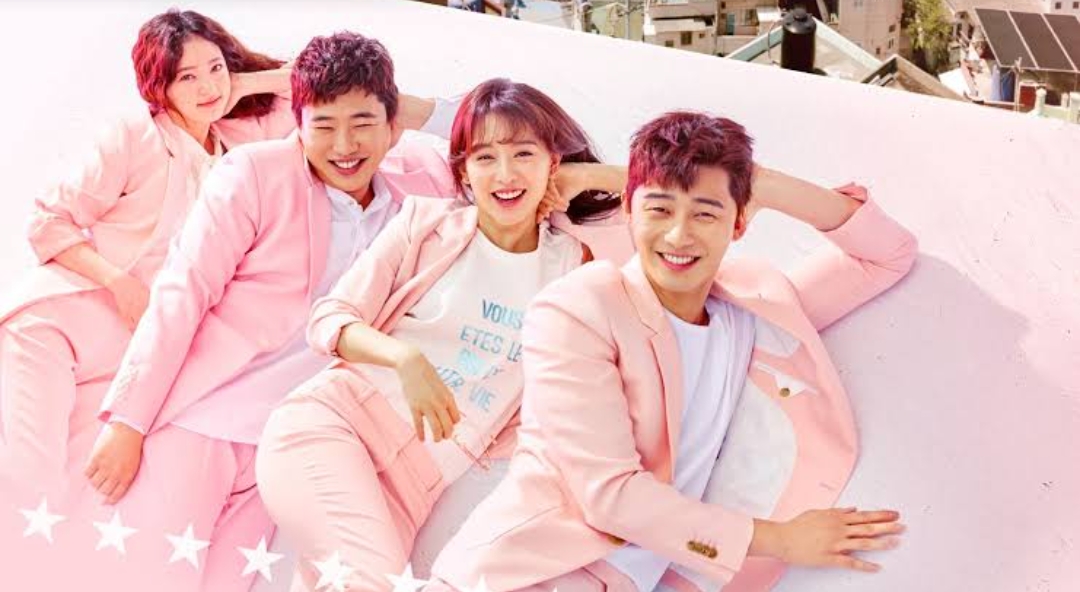 Fight For My Way

The story is about four friends who had dreams of their own but did not get the chance of going after them. While Ko Dong Man wanted to be a taekwondo athlete, and he ended up being a contract employee, his long time friend, Choi Ae Ra, ended up working in a department store rather than being a television anchor. On the other hand, their two other friends— Kim Joo Man and Baek Seol Hee, who has been in love with each other for the last six years, get to face a new threat in their love life. The drama depicts how they strive to fulfill their individual dreams, although their qualifications do not support them.

Although this drama is more about romantic relationships rather than family values, which is a major part of Reply 1988, ‘Fight For My Way,’ in a way, keeps presenting the family morals in bits throughout the drama. Both the drama makers have comically executed the theme, featuring the kindling romance between childhood sweethearts, being unsuccessful and dissatisfied in their careers, and finally getting what they want. The main female lead has been portrayed as a strong and sharp girl in both cases. 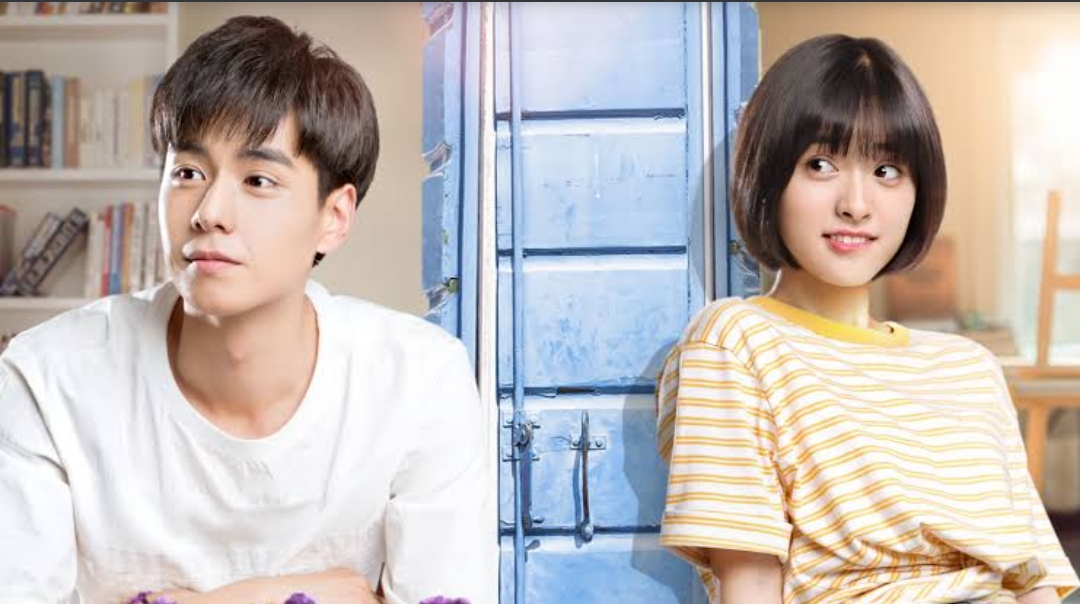 A Love So Beautiful

The story is basically about a cheerful, clumsy girl, Chen Xiao Xi, who greatly admires her childhood neighbor and classmate, Jiang Chen. He is a popular boy, admired by everyone for his good looks and academic results, whereas Xiao Xi does not like to study and loves to draw comics. Although Jiang Chen never reciprocates her feelings for him, everything changes when a new student, athlete Wu Bo Song, sets his foot in their school. The story takes us from their high school days to their university life, followed by their work-life— but one thing that remains constant is Xiao Xi’s love for Jiang Chen.

Although the overall premise and the theme of the two dramas are different, both cover the time ranging from their high school life till the present, giving us a feeling of warmth and nostalgia. The girls in both the drama are funny and end up with smart guys. The friendship theme has also been displayed well in the dramas, with both of them having heartbreaking second leads. 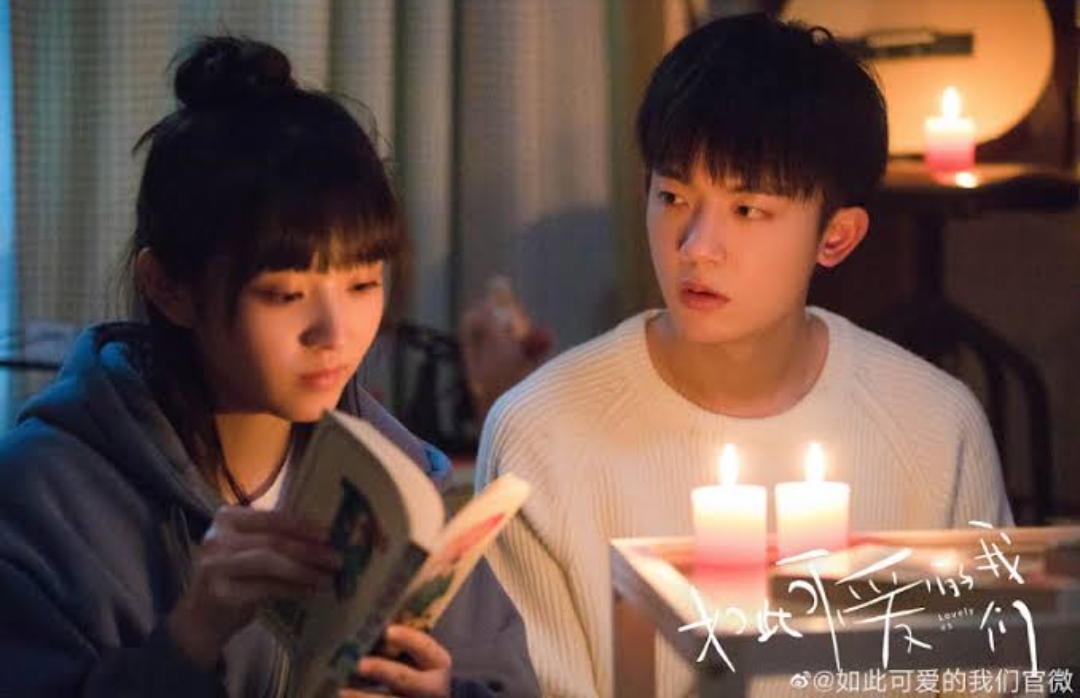 ‘Lovely Us’ is a coming-of-age drama that focuses on a group of youths growing up together. In 2007, the story revolved around four children, all sixteen years old, belonging to Shu De Faculty and Staff Family Hospital, who enter the high school together. After forming their own clique bearing the name ‘No. 1992,’ they set off on a journey to fulfill their dreams with each other.

Both ‘Lovely Us’ and ‘Reply 1988’ are classified under the same genre, including— family, friendship, and a slice of life. Both of them are set in a closely related neighborhood, where everyone looks after each other. This series deals with the relationships of the main characters and their surroundings where they grow. 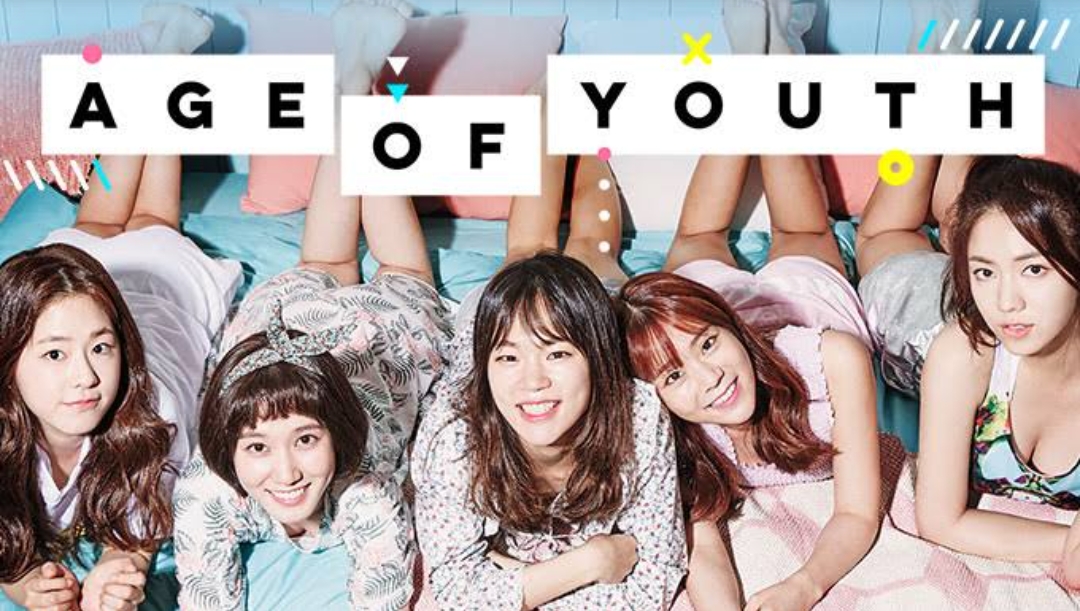 The story revolves around five girls in their twenties who live together in a house named ‘Belle Epoque,’ a French phrase for a beautiful time.’ Each of the five girls has separate personalities, coming from different backgrounds, facing different life problems. Soon they begin to believe that there is a ghost living inside the house; however, it appears different to each one of them. With time, the five of them come closer and establish a bond of sympathy for each other while they deal with their personal issues. The drama throws a light on different people experiencing various events, including their careers, dating, hopes, and dreams.

The overall pace, direction, and genre in both the dramas are similar, along with the music and emotions associated with the theme. While ‘Age of Youth’ puts all its focus on five girls and their college life, ‘Reply 1988’ is mostly about childhood friends growing up together and experiencing their first love. Both the dramas are detail orientated, taking care of every plot properly. The series delivers many life lessons, which one experiences as an individual growing up.