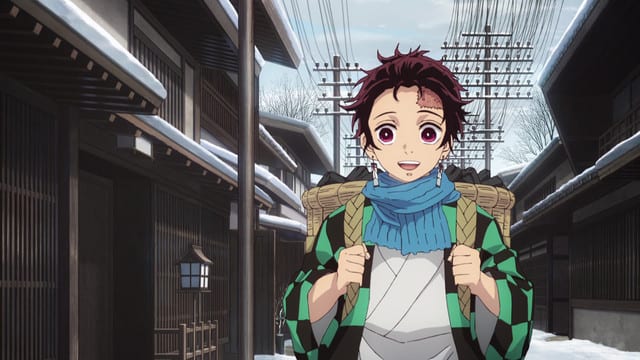 In this post, we are going to talk about Demon Slayer: Kimetsu no Yaiba season 1 episode 3 update, where to watch, and spoilers. But before that, we are going to have a look back at the previous episode to stay updated with the story. Therefore, the following section might have spoilers from the previous chapter. So those who have missed it and do not want spoilers can skip the paragraph to avoid spoilers.

We have now become very familiar to the story of this anime like it has been a part of our lives. We saw Tanjiro, with his sister, heading to Mt. Sagiro as advised by Giyu Tomioka. On the way, he smelled blood from a temple and discovered a demon trying to eat a person. When Tanjiro tried to face the demon, the demon attacked him. The demon was very powerful, and he had the upper hand in the battle when Sakonji Urokodaki saved him. Now, both the siblings are getting training from Sakonji Urokodaki.

For the international audience, Crunchyroll and Hulu are the options to stream the show online. Now, we shall talk about the next episode spoilers which might not be ideal for everyone. So those who do not like spoilers can leave the post here.

In the next episode, we will see Tanjiro learning the skills to fight, and also how to operate a sword. We will see a time jump when he will have completed almost a year at Mt. Sagiri. Urokodaki would tell him that there is nothing more than he can teach him, and he will have to pass the last test, called ‘Final Sorting,’ to become Demon Slayer.