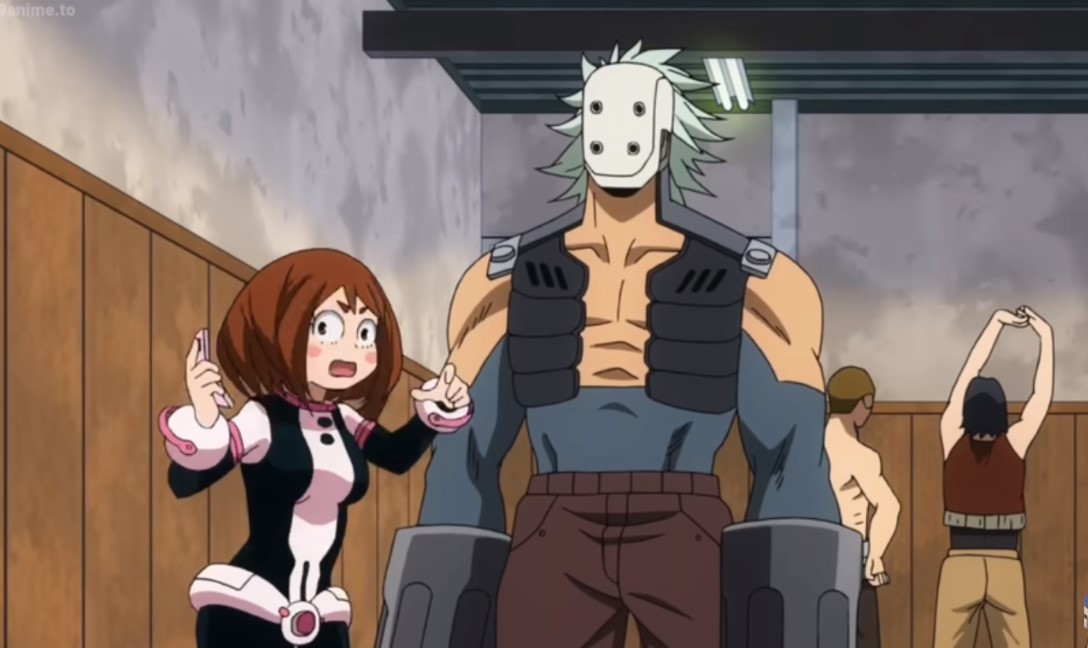 My Hero Academia Season 4 Episode 24 Dub will be released on Sunday, 17 May 2020, at JST. Note that the time is in Japanese standard time, so you might want to convert it to your local time if you want to get the episode immediately after its release.

Gentle Criminal has finally accepted defeat and is delivered to the cops, so Izuku went back with a cop to where the fight started with the Gentle Criminal to find his supplies. Hanta Sero and other heroes were complaining about Izuku for being late as the school concert are about to start meanwhile, Izuku rushes back to school and he gets ready for the concert. It’s  10:00 AM the school concert has finally started off with a bang!

All the music band heroes appear on the stage to show their great performance while the fans are cheering them, they showed their performance using their powers and quirk. Izuku uses more of his power to make Eri feel happy and welcomed that reminds her of how he protected her in a fight, she then shows her joy and started enjoying the concert. Kyoka thinks back when she wanted to be a hero but she couldn’t as she want to become like her father and her mother who became a musician instead of being heroes.

The concert has made a major impact on Eri’s heart as Overhaul’s shadow disappears and brought her spirits straight to the light, However, there’s still a chance to see Eri smile. The school festival wasn’t a true success until Eri got her candy apple, the concert ended the hound dog was angry at Izuku for fighting alone with the gentle criminal as they are supposed to protect him. Izuku help others with the cleaning and he was happy to see Eri in joy, students were encouraged to vote for the hero contest, Izuku manages to get Eri her Candy Apple.