The Village just ended Season 1 finale in an emotional state and has left many us wondering if there will be a season 2 of the show at all. The Village is created by Mike Daniels and stars the likes of Moran Atias, Michaela McManus, Frankie Faison, Jerod Haynes, Grace Van Dien, Warren Christie, Daren Kagasoff, Lorraine Toussaint, and Dominic Chianese. It is based on a building complex in building in Brooklyn, the residents of which have bonded into a beautiful family of friends. The Village is a heartwarming show, and there’s just so much warmth and hope in the unique story of each of the characters on the show.

On the show, the main characters are Sarah- the nurse living with her teenage daughter Katie; there’s Gabe, a law student; and his grandfather Enzo; Ava, there’s an Iranian immigrant with a first-generation American son and problems with ICE; Nick, a veteran, with past trauma, he is the father of Katie (something that Katie is unaware of); Ron, is super, and finally Patricia, a social worker.

Season 2 of The Village hasn’t been confirmed as of now, NBC hasn’t taken any decision with the renewal of the show. The ratings for Season 1 were pretty consistent, neither good nor bad. By regular, we mean that The Village premiered with 4.8 million live viewers (and a .8 demo) – and have averaged just over 4M live throughout.

As of now, The Village is in the ratings top 10 (number 9) for NBC. Still, there is no confirmed date of release for the show from the production giant.

The show has been given a cancellation, and there will not be any season 2 of The Village. We were expecting the show to return, but it is not the case this time at all! We did not know that NBC would take such a harsh step, and we expected another season to check its potential. Nonetheless, it is confirmed now that there will not be any further episodes coming out.

The cancellation might be hurting many fans, but NBC was concerned about the reducing ratings and viewership with the episodes airing of the first season. The season premiere got the best opening with a 4.2 million audience, and then it kept decreasing. They took it as an indication of decreasing attention, and finally decided to discontinue the show.

OtakuKart Staff
View More Posts
This is the account of Staff of OtakuKart, if you have a feedback for us, you can reach out to us at Team@Otakukart.com

Rick and Morty Season 5: Release Date, Cast, Plot & All You Need to Know 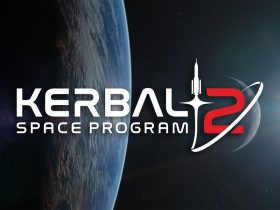 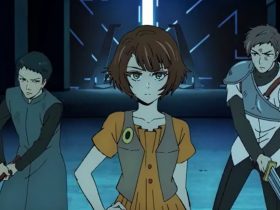