This post will have spoilers, but you don’t need to care about that. No one can spoil this show. Space Dandy is a Japanese science fiction anime series mainly directed by Shinichiro Watanabe, he doesn’t even need any introduction at this point, but for those who don’t know, he is best known for directing Cowboy Bebop and Samurai Champloo. Multiple people were involved in the writing and production of this anime, and it shows. It has 2 seasons, and each of them consists of 13 episodes.

Not a lot of people have heard of Space Dandy. And whenever you find a rather obscure show, you automatically expect it to have something in it that might be inaccessible. It might be too much rooted in a specific culture, deal with some heavy subject matter, or just be too philosophical & cryptic for some people’s taste. But Dandy isn’t any of that, this anime should be more popular than it is. I was lucky enough to find it on Animax and have adored this show since then.

The only thing you need to know about the story of this anime is that it’s about Dandy, he is a dandy guy…in space. But, seriously, if you thought that this director’s previous works lacked continuity, then you can say goodbye to any form of connection among the episodes. Except for the characters, there is nothing that gets carried over to the next episode. There is no overarching narrative, and each episode is a one-off adventure of Dandy and his crew. This episodic nature has been a buzzkill for me in the past, there aren’t many animes that can pull it off, and those that have worked for me in the past have some sort of narrative connecting the episodes. Here, the characters die in the very first episode. And in the second episode, things go on as if nothing happened. 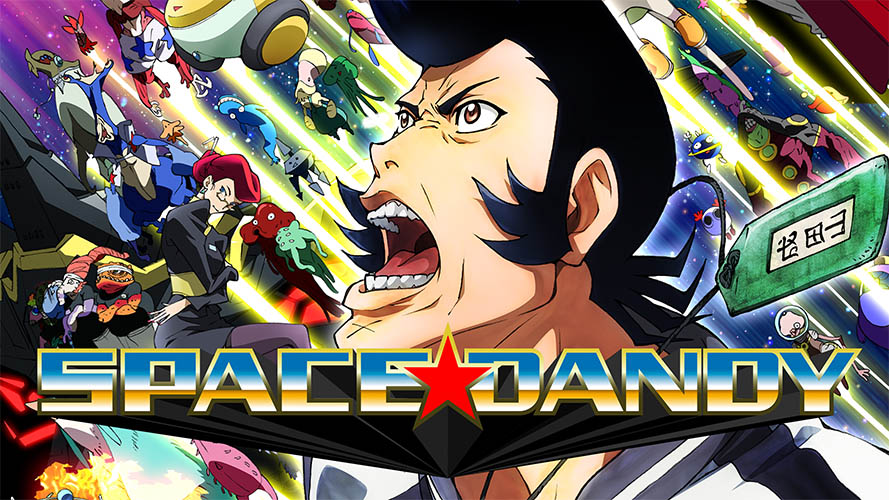 This episodic nature of the anime is the very thing that makes it rewatchable and fun, and I wasn’t expecting that. None of the episodes follow a similar structure and are vastly different from each other. One might end up being a zombie episode, while another is about a vacuum cleaner falling in love with a coffee maker. This was possible because of the number of people involved in the writing of this show. Each episode has a different vibe and a unique, bizarre story to tell. Nothing is off-topic here, and no episode fails to surprise you with its over-the-top nature. The lack of any clear goal or continuity might put some people off, but you just need to give it a try and see if it works for you. There is a high chance that it just might.

The stories themselves are very light-hearted, save for some serious episodes. However, even the light-hearted ones can be surprisingly touching, and that’s what makes this show great. Even amidst all the goofy alien adventure, this anime has to offer, it doesn’t leave the human aspects behind, and some stories can be extremely moving because of that. Also, I didn’t want to mention it at this point, but this anime has some light ecchi moments which might put you off, so please bear through that.

This is one of the strongest points of the anime. The animation here is simply mesmerizing. It has the traditional 2d digital animation and also uses 3-D CG for some of the stuff, but it’s barely noticeable and doesn’t look that bad. As for the 2d stuff, it’s simply gorgeous. Each planet, each alien, and everything the show throws at you feels alive. It feels distinct. And with the scope this big, there are a lot of characters and things introduced in each episode, it’s always a joy to see what crazy stuff this anime will come up with next. This show also has a lot of action scenes, and they flow like water. They are fluid and can even be jaw-dropping during the climax of each episode.

The one thing I liked about this show was its color composition, it is clean and doesn’t have any sort of high saturated or dull blue filter over it, everything is vibrant and vivid. The art style also varies from episode to episode while still maintaining consistency among episodes. I know this sounds weird, but each of the episodes feels vastly different and yet similar, visually, at the same time. This is because of the number of talented people involved with the production of the show, they bring their unique artistic styles with them. The animation alone is worth giving this show a try.

As for the soundtrack, it stands tall for a Watanabe show. Both Cowboys and Samurai have amazing soundtracks, especially Samurai. I don’t even like hip-hop that much, but Nujabes is one of my favs. And here the main genre is Disco. From the opening soundtrack, you will be able to tell the vibe this show has, and it never fails to make you bop your head along with it. There is a playlist on youtube for the soundtracks, and I recommend you give them a try as well. Also, one more thing, the anime has an amazing English dub. The dubs are infamous for having static performances that lack intensity. Not there, though, Dandy sounds better in the English dub, but that’s for you to decide. 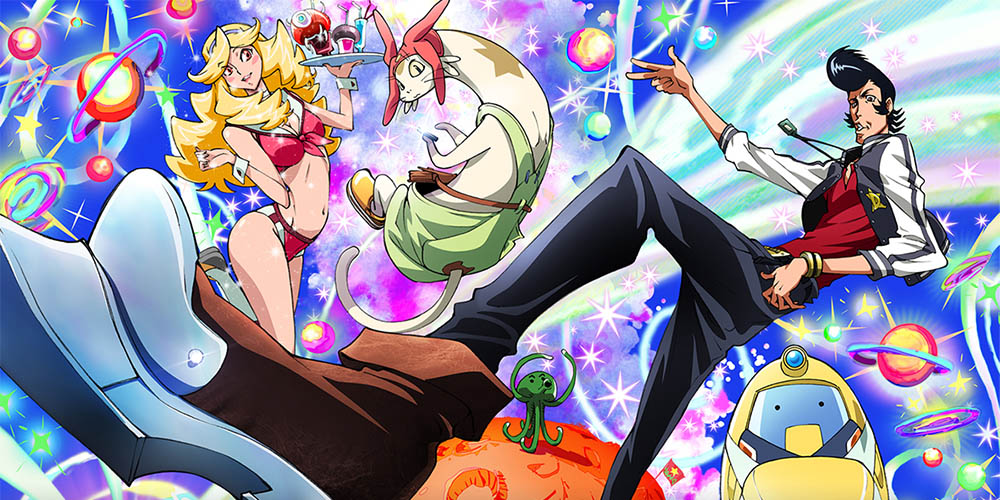 There are 3 main characters, Dandy Meow and QT. It’s easy to compare this show to other Watanabe shows, and it’s kinda obvious that all of them have some similarities. But Dandy is far more charming than Mugen and Spike, I might have triggered a lot of people here, but the crew is just more entertaining for me. And half of the fun comes from watching them react to the most eccentric things. This charm isn’t just limited to the main guys, all the side characters, as well as the villains, are hilarious. They fit well with the over-the-top nature of the show’s universe. And since this is an anthology series, a lot of them are introduced in each episode, but this anime manages to flush them out quite well in the given time. Looks like someone has learned a lot after doing the same thing for a while now.

Still, for the show, which relies mostly on its outlandish premise in every next episode, the characters aren’t left behind. They are developed well, and the main cast is full of personality. I mean, this show managed to make a book a real character. But I won’t go any deeper to further prove my point, that might spoil a lot.

Anyway, I highly recommend this show. It has everything that I expect from an Anime, crazy visuals, a creative and strange plot, entertaining and relatable characters, and an actual message at the end of it all. Despite sharing a lot of things with Watanabe’s other works, it manages to carve out its own identity. Cowboy has overshadowed all of his works because of its immense popularity… and also because it was really good.

Is The Case Files of Jeweler Richard Worth Watching?