by Vipul Purti
in Anime
0

Today we’ll be talking about Hamefura Season 2. Hamefura, originally known as Otome Game no Hametsu Flag Shika Nai Akuyaku Reijou ni Tensei Shiteshimatta finished with the final release of the 12th episode. But with the good review from the viewers, the studio has announced the 2nd season for Hamefura. The well known Bakarina (Catarina) will be soon back to capture all the flags with a new harem in 2nd season.

What is About Hamefura Season 2 About?

The series is from a light novel series, “Otome Gēmu no Hametsu Furagu Shika Nai Akuyaku Reijō ni Tensei Shiteshimatta” written by Satoru Yamaguchi with the illustrations of Nami Hidaka. This series is often called by the name of HameFura and Bakarina.

The novel was serialized on the well known user-generated novel publishing website Shousetsuka ni Naro ( a free website where thousands of creators publish their novel which is free to read, this novel sometimes attracts the attention of the manga and anime production companies)

It’s popularity caught the attention of Ichijinsha (a manga/magazine publishing company). After that, the series got its manga adaptation with the art of Hidaka. The manga was serialized in shoujo manga magazine Monthly Comic Zero Sum since August 2017.

The light novel was licensed in North America by J-Novel Club, and for the manga, it was licensed by Seven Seas Entertainment. The anime series has started since April 4, 2020, by studio silver link. Soon after the end of the final episode of season 1, the studio announced the 2nd season, which is said to be released in 2020.

What is Hamefura Season 2 Plot? 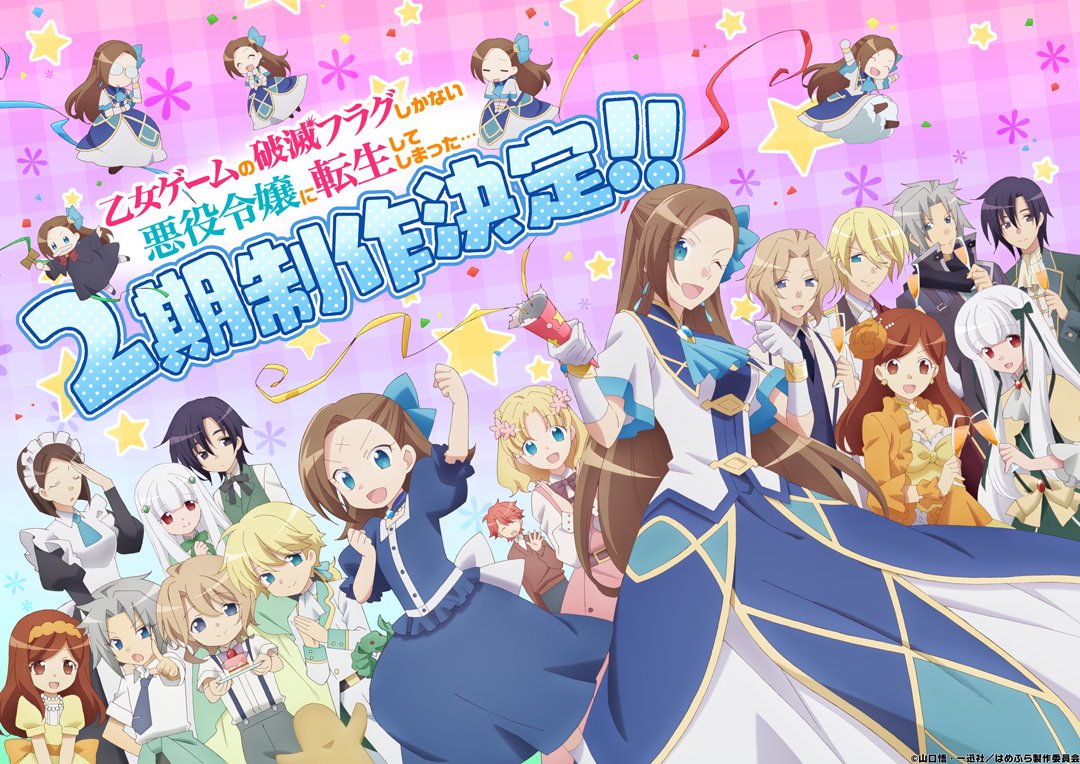 Otome Game No Hametsu Flag Shika Nai Akuyaku Reijou Ni Tensei Shite Shimatta… 2nd SeasonCatalina Claes, the daughter of the Duke and an arrogant, selfish kid, regain her memory of her previous life as when she tripped and hit her head against a stone. It turns out that She is reincarnated in an Otome game world called “Fortune Lover,” which she used to obsessed with. But she is reincarnated as a Villian who interrupts the love story of the main character of the game.

The Good ending for Catalina in the Fortune Lover is to be exiled, and in Worst to be killed. But as she knew her doom flags Catarina has to work his way out to avoid these flags as well as make her own life easygoing with a happy future.

Who is in Hamefura Season 2 Cast

Here are the casts from season 1 and will consist in season 2:

You can check the announcement trailer here:

The anime date can be postponed or delayed, Stay tuned with us for more updates and the official update.

Queen Of The South Season 5 Cast, Trailer and All You Need To Know

My name is Vipul Purti. I specialize in Japanese anime, and all I can write is anime, anime, and anime. You can get in touch with me at Vipul@otakukart.com