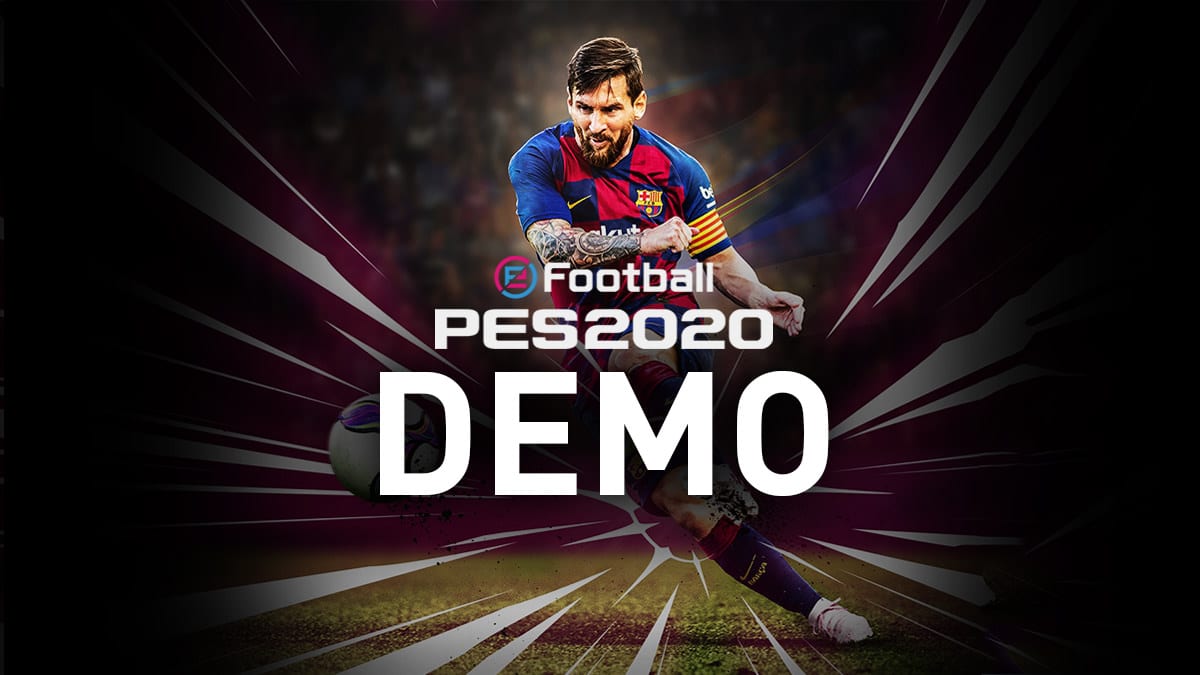 The EA Sports’ FIFA arch-rival launches its Demo, today, on July 30, 2019. The game will be available on major platforms of PC, PS4, and Xbox One. A total of 13 teams are available in football PES.

PES 2020 aka football PES 2020, is still a month away from now. The developer Konami is turning no stone unturned to hype it’s the latest venture and to show us what it is actually made of by releasing a demo of PES 2020 sim earlier than ever. For the said game, new clubs such as Juventus, Bayern Munich, in addition to older ones- Manchester United and Arsenal are partnered up with. There’s also a long-term deal with FC Barcelona.

The PES 2020 demo also promises to break new ground, with things such as changes in the gameplay, etc. PES 2020 demo is out today on PlayStation Store and Microsoft Store, on platforms of PC, PS4, and Xbox One. If you are a PC user, you will have to Steam to download and play it.

PES 2020 demo system requirements aren’t talked about at all by Konami as of her. Steam has stated that one will need a 64-bit processor and operating system. And if you like the Demo, you may pre-order yours at Rs. 2,960 on the Xbox One, Rs. 3,499 on PS4, and Rs. 3,902 on Steam for PC. Physical pre-orders are not yet feasible for the same.

Now, the biggest mystery of all, is there PES 2020 coming on Android or iOS versions at all? No, unfortunately not. And we don’t have any communication from Konami in this regard, please don’t expect the developer to clear anything before October. If you may remember,
PES 2019 mobile released in December last year but that was also attributable to a new engine. The mobile update for PES 2020 should be out before December 2019, is our best guess as of now. What do you think?