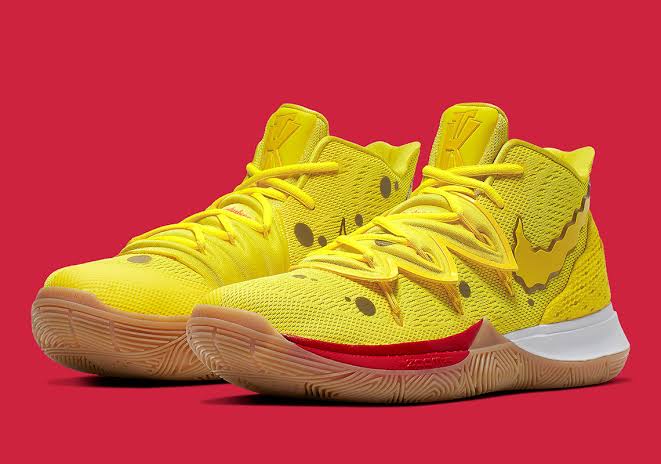 We have seen Nike giving all the freedom to the fans, to color and customize their shoes as per their choice, by allowing them to use official software. But now, they are coming up with another custom design shoes, which would be surely making all the fans nostalgic. SpongeBob SquarePants is undoubtedly one of the most-watched cartoon characters till now, and it deserves a shoe!

Nike has announced a new lineup of SpongeBob and Patrick’s custom shoes under Kyrie Irving, more specifically on Kyrie 5 shoes. The shoes are supposed to come out in all sizes, for children, men, and women! All those character-specific details would be the same in the biggest and the smallest pair of shoes. No discrimination, says Nike! 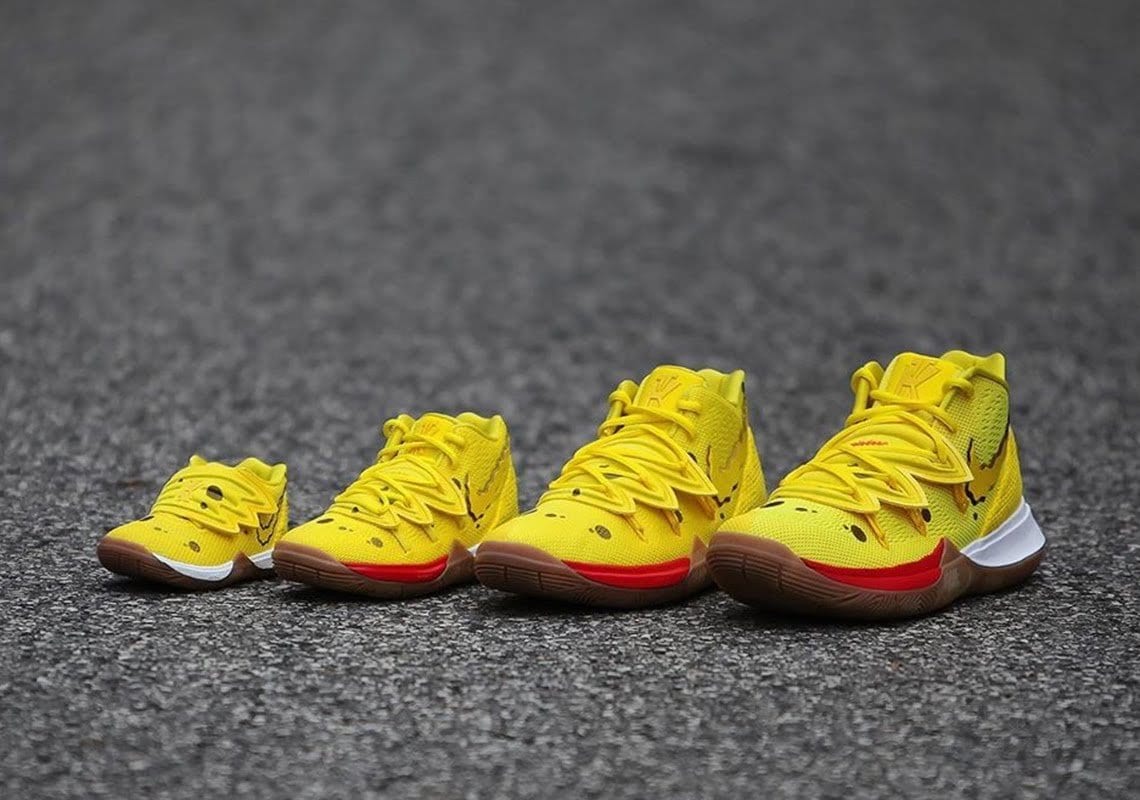 The SpongeBob’s shoe would be porous, as the character is made of sponge, having a yellow color and golden accents to show porous body. It would also have a swiggy Nike swoosh laterally on the midfoot area. On the other hand, Patrick’s pair would be more on the pink side, as the starfish character looks like. However, the swoosh logo would be at the same place as SpongeBob shoe, and would be normal! So, both the characters would come alive in their respective pair of shoes. 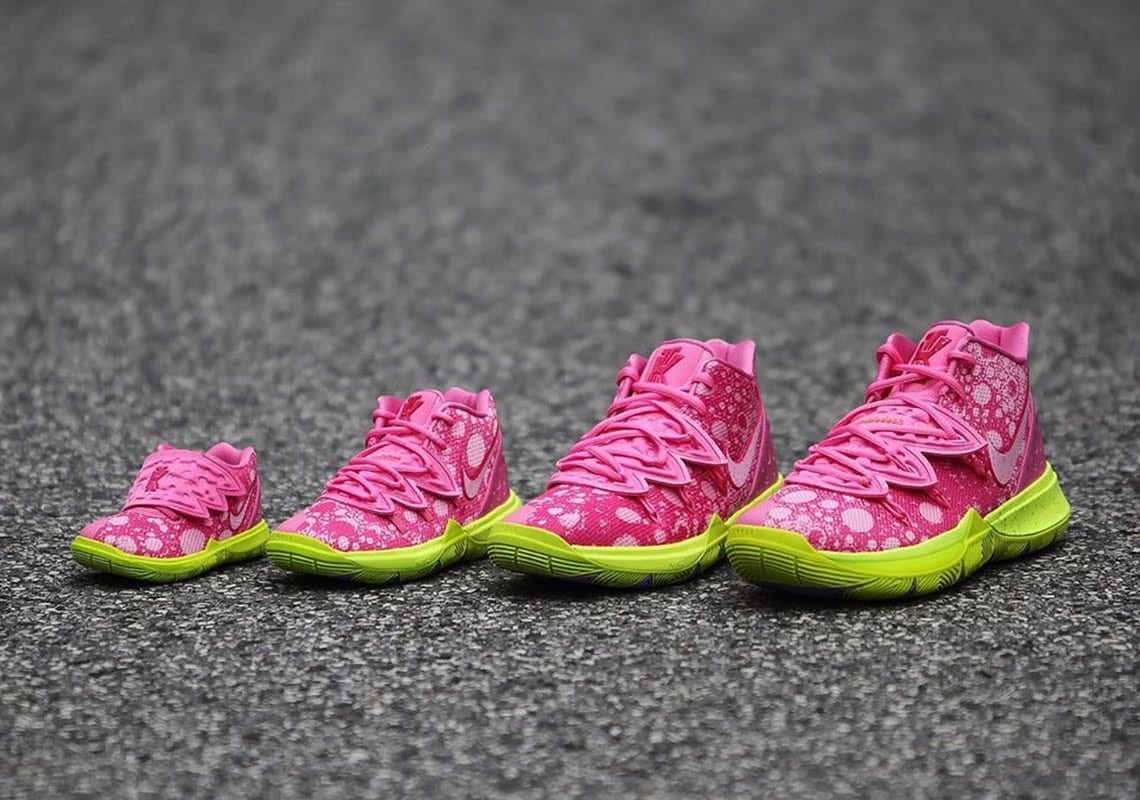 While the pictures describe it all, many would be concerned about the price. Well, both the pairs are priced equally, and the price is set at $130 for men’s sizes. Additionally, the shoes are supposed to be available from 10 August 2019, so all the cartoon enthusiasts can enjoy the new collaboration soon!