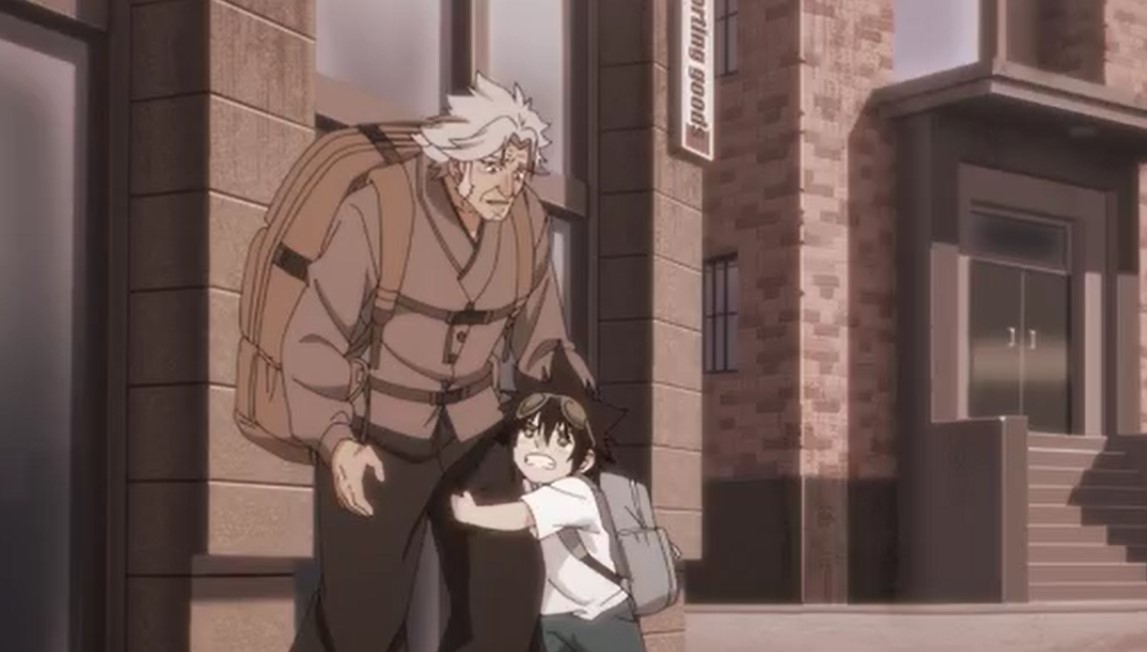 Within a matter of three weeks, it is going to be revealed who will conquer the GOHS competitions. Let’s see how it will happen with only 3 episodes for this season of this Anime to end. Mori had a flashback when he was young begging his grandfather to stay with him. His grandfather told him he can’t if he stays the villains will come where he is and Mor’s life will be in danger. His grandfather left hi alone on the day of his birthday and he told Mori to make more friends.

Jin Taejin is Mori’s grandfather he is in mountains clashing against the villains. The villains try to convince Jin to go with them and fulfill the duty that the heavens have bestowed upon him. Jin refuses and said he does what he wants, the villains unleash their power trying to destroy Jin. In the morning Mori receives a photo of his grandfather in the custody of the villains. He is on his way to save his grandfather.

This week we will be looking at The God of High School Episode 10 update, preview, and recap. We will find soon if Mori will mage to rescue his grandfather, he is now heading towards the villain’s territory. He left the competition and promised himself that he will be back to help Daiwei and Mira. Let us take a look at more details below.

Previously on The God of High School Episode 9

The tournament has reached the quarterfinal stage now it is going to be the Seol team vs Jeju team. The battle is about to begin Dawei is looking for Mori who is missing. Mira and Dawei are worried about him because he has to participate in a team battle. The high authority told Dawei and Mira to go back to the ring or they will lose the battle by default. They only need to win two matches for them to make it to the next stage.

Dawei is suspended and if Mira wins the first fight they will still lose the only option left is for Mori to come back in time. Dawei decided to go and look for Mori while Mira will be fighting the first round of the match. The match has begun its Lee Marin vs Yoo Mira. Looking at how gross Lee is Mira apologizes that she will break her promise and finish the fight in no time.

Before the fight, Mira promised Dawei that she will try and buy some time for Dawei to bring back Mori. But now she can’t handle seeing a bodybuilder wearing pants she wants to take him down quickly. Meanwhile, Mori manages to reach the villain’s hideout he finds his grandfather tied down bleeding.

It was a trap for Mori and the building explode after that the enemy shows up and Mori is lying down unconscious. Mori wakes up and the villain told him he is Doppelganger he just has to shut up and die quickly. Mori defeated him meanwhile Mira won the fight. Mori came back to help Mira and Dawei he is now in a clash with the second member of Jeju’s team.

Thanks to the latest preview of this Anime along with the rewatch of last latest episode. New updates of the upcoming episode will be available within seven days from now. You can get more about this Anime on the official website here is the link goh-anime.com