By Meshack Makungo
In Anime
on September 9, 20202 min read 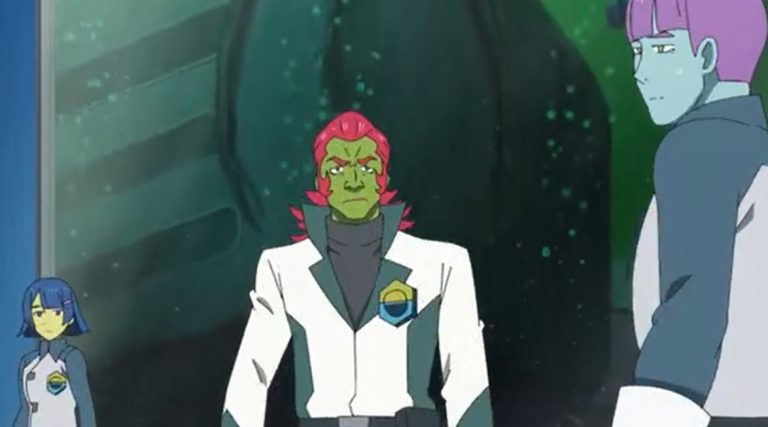 With only a single episode left for Deca Dence to end for this season, let’s take a look at some of its latest development here. Kaburagi and Natsume managed to infiltrate the Gadoll factory and fight with Hugin who was the one holding Kaburagi’s real body in custody. Sarkozy uses his powers to explode himself and falls into the cesspit, scrapping himself. The explosion ends up destroying the Gadoll factory reactor. Let’s find more about this episode below.

Inside the Gadoll factory Kaburagi told Natsume that his body and factory were all manufactured. He also told Natsume that everything in this world is what the cyborgs created. That is where the Gadol is produced and the program to attack Deca-Dence. While they are fighting with Gadoll to them it is like a game. Natsume collapse and Kaburagi is trying to wake her up.

Let’s see at what the latest updates of the Deca-Dence episode 11 released date, preview, and recap has to offer today for us right here. That’s what we will be talking about today, for more about this Anime you can officially watch it on decadence-anime.com. Take a look at the schedule down below.

Deca-Dence Episode 11 will be released on Wednesday, 16 September 2020, at 11:30 PM JST. The latest new episode of Deca-Dence will be released every Wednesday. This post may contain spoilers of the next episode, so if you don’t like the spoilers you can skip them. Take a look at the recap and preview down below.

The cyborgs are panicking why the GGS is active and one of the cyborgs is trying to control the system to work properly. They also notice that they might lose the Gadol in Deca-Dence. Meanwhile, the other humans who control the factory are angry with the actions of the bugs. They decided to go and look at what is happening, suddenly the factory started collapsing. Meanwhile, the Gadol monsters who are attacking Natsume’s village started to disintegrate.

Natsume’s crew at the village they are happy that the war between humans and Gadol is going to be over soon. Commander is angry and his crew asking himself what Kaburagi is planning to do. Kaburagi is driving his van with Natsume who is unconscious. They are heading towards the village on their way Natsume shouts and wakes up. She asks Kaburagi if everything he was telling is the truth or is she dreaming. Kaburagi replied that his race doesn’t dream like Humans and Natsume wanted to hurry up and tell others.

Kaburagi told her that they can’t since he can’t trust all humans except for Natsume. Inside the Deca-Dence Natsume is watching everyone celebrating that the Gadols have disappeared. Later in the evening, Hugini shows up. He stabbed Kaburagi who was talking with Natsume saying that he knew that he will find them here. Donatello and Kaburagi from another world want to save Kaburagi who is with Natsume they know that Hugin was not defeated in their world.

With all of the above latest development, that is what the upcoming episode has to offer for us this week. You will get more updates of this Anime after the latest episode has been released.