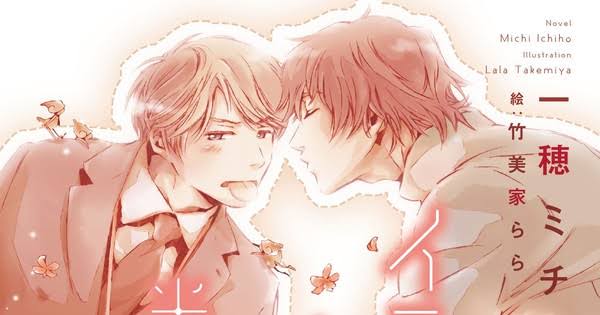 On Thursday an anime adaptation for Michi Ichiho’s Yes ka No ka Hanbun ka (Is It Yes, No, or Somewhere in Between?) light novel series was announced. The announcement confirmed that the adaptation of the series is currently being worked on. However, there was announcement related to the anime’s format.

The novels’ story follows Kei Kunieda, who is a young and famous TV announcer. He maintains a perfect facade in his professional life, but in private he just thinks of everyone else as incompetent. One day, he meets Ushio Tsuzuki, who is an animation writer, and he comes to discover Kei’s bitter side.

The novel series was launched by Michi Ichiho with illustrations by Lala Takemiya in November 2014. The third volume of the series was published by Shinshokan im 2016. The series’ first “OFF AIR” spinoff volume debuted in August 2017.