The Black Clover anime is certainly getting better with each episode and last week’s episode showed us action packed content, without a doubt. Black Clover Episode 115 is set to drop later this week, and we’re very excited for it already. In this post, we’ll talk about the episode in full detail, including it’s update, time, and of course, where you can watch it online, so let’s get started, shall we? 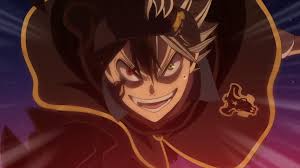 The next episode, Black Clover Episode 114, is titled “The Mastermind” and the and this episode I going to be much better than what we got last week. Although the previous episode was certainly good, this week’s episode has a decent staff working on it, so we expect a lot more this time around.

Black Clover Episode 115 will air in Japan on TV Tokyo at 7:00 pm, JST. The episode will air on December 24, 2019 and will be available to stream online on services like Crunchyroll, which simulcast the show subbed as it airs in Japan, and you can watch it if you’re a member.

Are you excited about the next episode of the series?