Today, peaky Blinders, created by Steven Knight, is considered one of the most underrated shows that came to notice far later and then considered one of the most prominent series on Netflix. The show garnered critical acclaim and now has a huge loyal fandom that appreciates and embraces the show to its fullest. Steven Knight, the man behind the whole period drama crime show by Netflix, was applauded for its absolute creation and for bringing the gang warfare of 1919’s Britain on the viewers’ OTT screens. The show has been constantly ranked among the top-rated shows and gained acclaim time after every season it releases.

After such huge appreciation, Steven Knight has gained a cult following from the Peaky Blinders fans themselves, followed by his upcoming HBO Max movie titled “Locked Down,” based on the weird conditions the whole world was met with during the Covid-19 pandemic. The movie will focus on a distancing couple who struggles to live together because the situation demands, and soon the story follows them into attempting a high-risked heist, which brings them closer.

Apart from Peaky Blinders, Steven Knight is known for writing screenplays for movies like Eastern Promises, Dirty Pretty Things, Closed Circuit. Knight is one of the three creators of the popular game show constantly adapted in different countries called “Who Wants To Be A Millionaire?“. Peaky Blinders was one of the shows that gave the creator an identity that fans follow into the upcoming HBO Max movie.

Anne Hathaway and Chiwetel Ejiofor are set to star in the upcoming Pandemic life-based movie written by Steven Knight. Recently Anne Hathaway, during an interview with The People, shared a first glimpse of how it’s been working for the film, and here we are breaking down everything Anne Hathaway had to say about the movie and everything we know so far about it.

Read The Best Action Movies On Netflix That You Can Watch Right Now!

Anne Hathway on her upcoming “Locked Down” movie by Steven Knight 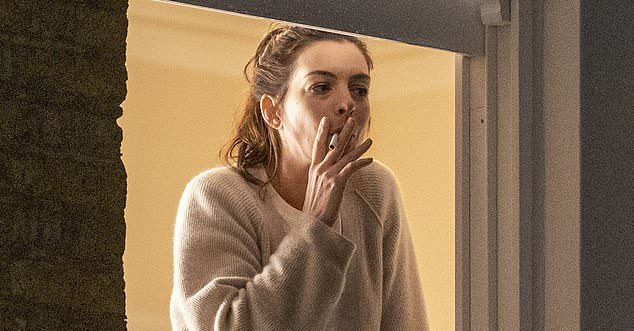 In an interview with the People, Anne Hathway opened up about working for the upcoming HBO Max movie “Locked Down” by the Peaky Blinders creator Steven Knight and shared what her character will look like in the pandemic based film. The movie, as we said above, is set to be centered around a couple that is on the brink of separation but is forced to live together due to the lockdown caused by the pandemic and according to Anne Hathaway, her character called Linda would be seen carrying a lot of tension around. Anne Hathaway stated that the chaotic lockdown situation would see her character releasing all the tension and BS she has been going through in day-to-day life, followed by her being honest about them. Anne Hathaway stated that her character is quite nuts and messy, and thus she has become fond of her. 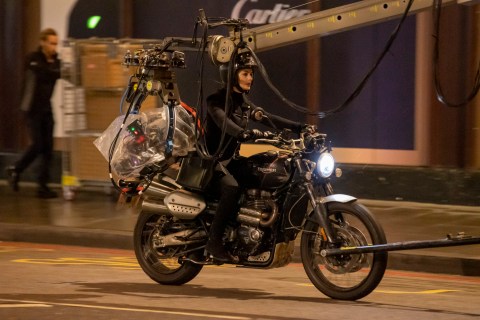 Anne Hathaway further applauded the movie team, which came together in the collaborative, successful attempt focused on filmmaking. Anne Hathaway stated that she was scared of taking her masks off, and the odds were against them, so she was bound to take risks with her performance. She praised the crew who shot in hot rooms while carrying huge cameras and lighting equipment while also keeping the masks on, ensuring and following the safety protocol. She thanked the crew and admired their professionalism, which kept her safe.

So we have got a minor glimpse from Anne Hathaway, but there is some more which we will soon see coming in the following month. Below is everything we know so far about the upcoming Steven Knight’s “Locked Down.”

Read: 17 A-list Actors Who Have Never Won An Oscar But Deserves It

The plot, Cast, And More About “Locked Down.”

Locked Down, the previously titled Lockdown movie, is an upcoming heist-comedy film that will see Linda played by Oscar-winning actress Anne Hathaway and Paxton played by another Oscar-winning actor Chiwetel Ejiofor as a couple who are set to separate. Still, the pandemic’s lockdown situation forces them to stay together. The challenge of living together is fueled by wines and poetry, which follows the couple to attempting a high-risked heist that brings them closer to each other. 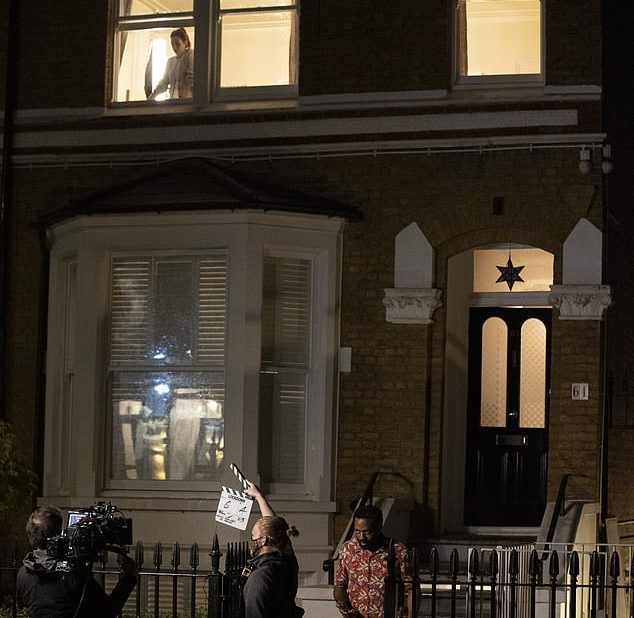 Along with Anne Hathaway and Chiwetel Ejiofor, the movie also stars Ben Stiller (Night At The Museum), Stephen Merchant (The Office UK), Lucy Boynton (Bohemian Rhapsody), Sir Ben Kingsley (A Common Man), and Mindy Kaling (The Office US) along with Mark Gatiss, Dulé Hill, and Jazmyn Simon. Other cast members’ roles are still unknown, and this will be Anne Hathaway’s second heist movie, with the first being Ocean’s 8.

The movie is written by Peaky Blinder’s famed Steven Knight, while the directorial duties have been carried out by Doug Liman who is known for directing movies like Bourne Identity, Mr. and Mrs. Smith, and Edge Of Tomorrow.

The movie is coming soon in UK Cinemas while it will arrive in the US through HBO Max on 14th of January 2021. We will keep providing updates on the upcoming Steven Knight’s “Locked Down” and stay tuned for more content on Entertainment, Anime, Movies, and TV shows on Otakukart News.