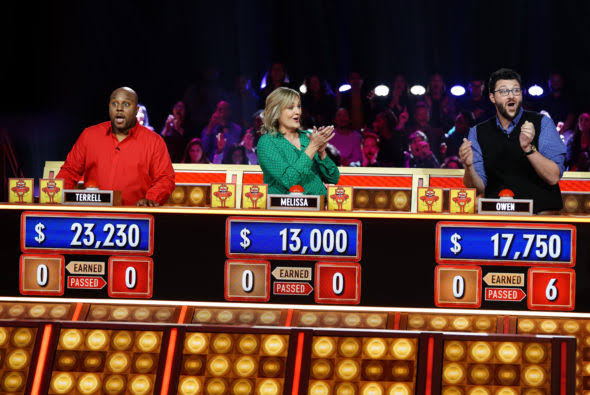 An engaging game show, Press Your Luck, is a reboot version of the TV show which went by the same name and was telecasted on CBS. The reboot version was first streamed in June 2019. It is produced by Fremantle and features a trio of participants who attempt to answer trivia questions to earn cash avoiding Whammy, who could take their loot. The Series had a popular Season 1 and is officially renewed for Season 2.

What is Press Your Luck Season 2 Plot?

Press Your Luck is an engaging gaming competition that involves the right combination of wits, strategy, and high stakes on the part of participants to win cash.

The contestants of the show need to collect spins by giving correct answers to trivia questions. The accumulated spins can be applied to earn huge fortunes and cash on BillBoard.  Each question begins with four questions to the candidate. The candidate earns three spins if he answers without choices but earns only one spin if he answers with the help of choices asked.

Round One allows participants to earn up to $5000, but Round Two enables them to increase their earnings to $10,000.

The Ultimate winner is declared the Champion. But the contestants need to look for the stars of the show, the Whammies who can take away all their loot. If the contestants hit them, their score is reset to zero. The participants are always given the option to stop after any round because earning four Whammies means out of the game.

The Ultimate winner of the show is allowed to keep his earnings. He or she can also exercise the option to play a bonus spin and win up to $1 Million.

Who is Press Your Luck Season 2 Host?

The host of the series is Elizabeth Banks. She is an Emmy nominated actress who has won multiple awards and played her roles in “The Hunger Games” and “Pitch Perfect.”

When is Press Your Luck Season 2 update?

Press Your Luck Season 2 is expected to release in June 2020. We will keep you posted as confirmations come!