While Marvel’s returning show Disney Plus’ Wand Vision keeps buzzing with every new episode coming every week, we should also note that Wanda Vision’s end is not where Marvel is bent on stopping as there a list of projects coming in apart from that. One of these is another web-series from Marvel and Disney Plus titled “The Falcon And The Winter Soldier,” which is set to feature the titular heroes on their missions after the events of Avengers: Endgame as they take on new enemies, the returning Baron Zemo from Captain America: Civil War and a new super soldier set to take the mantle of Captain America as announced by the government.

While The Falcon and The Winter Soldier already has a lot of buzzing for the Captain America fans ranging from the news suits of our titular heroes and an in-depth look into the history of the mantle of Captain America, there is new information from the Falcon actor Anthony Mackie himself which suggests that we can finally witness who will be the new Captain America at the very end of the series. Will it be Falcon finally accepting Steve Rogers’ offer, probably Chris Evans returning himself somehow to reclaim what is his or someone else stepping up to fill the shoes. Anyway, here we are, breaking down everything Anthony Mackie had to say about the mantle of Captain America in the upcoming Marvel’s Disney Plus series titled “The Falcon And The Winter Soldier.”

Related: The Falcon And The Winter Soldier – The Show’s End Might Introduce The New Captain America

Marvel Cinematic Universe’s very own Falcon, Anthony Mackie, recently joined The Rich Eisen Show as a guest and talked about his upcoming Marvel’s Disney Plus series “The Falcon And The Winter Soldier,” which is speculated to reveal the new Captain America to the Marvel Universe’s world as the show goes deep into the history of the Captain America mantle and all the allies and enemies of Captain America who will go head-on with Falcon and Winter Solider after the events of Avengers: Endgame. 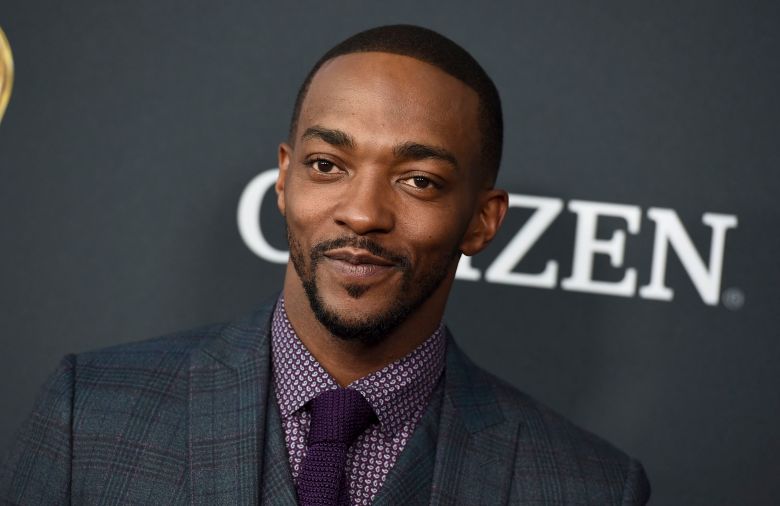 Anthony Mackie talked about picking up the shield at the end of Avengers: Endgame, which kind of tell us who should be the next Captain America of the Marvel Cinematic Universe as per Steve Rogers, but there are few things that Mackie pointed out which we are supposed to look forward to in the upcoming Falcon And The Winter Soldier.

Anthony Mackie, first of all, brought everyone to notice that at the end of Avengers: Endgame, Sam didn’t accept the shield claiming it belongs to someone else and Steve himself is the rightful owner of it, clearing the fact that The Falcon And The Winter Soldier has a long way to introduce the new Captain America to the Marvel Cinematic Universe and whether the moniker is bound to return or not, and if it is then who remains to be seen.

We agree on this one with Anthony Mackie that even though Sam accepted the shield at the very end of Avengers: Endgame, becoming a symbol for America by accepting the mantle is a huge responsibility to look for. And for fans or anyone, it is hard to fill in the shoes when Chris Evans and Marvel Studios has established the character so brilliantly that it would take time for another character to do so. Whoever takes up the mantle would definitely need some lessons if he wants to be like everyone’s favorite old man Steve and live up to his legacy.

On the other hand, it seems like The Falcon And The Winter Soldier would see many people fighting for that mantle apart from our very own titular heroes who will be protecting it. The government introduces a new super soldier to fill in shoes to Baron Zemo returning and a lot of in-depth look into the history of Captain America’s shield that may reveal some other heroes that have taken the mantle, there is a lot to look at out for.

We also mentioned in one of our previous articles, where there is a mention of casting for a Young Avenger in the upcoming The Falcon And Winter Soldier featuring Elijah Richardson as Eli Bradley, also known as The Patriot who in the comics got his super-soldier blood from his grandfather Isiah Bradley, a former Captain America in his own right. This revelation might tease what we are about witness regarding the history of the shield, probably Steve wasn’t the only one to hold it, and the inclusion of Eli Bradley could mean that he is being introduced as a Young Avenger apart from Cassie Lang from Ant-Man And The Wasp and Kate Bishop from the upcoming Hawkey series.

Anyway, Marvel’s The Falcon And Winter Soldier are, as of now, set to premiere on March 19, 2021, through Disney + and will consist of 6 episodes. The series will see Anthony Mackie and Sebastian Stan reprising their roles as the Marvel Cinematic Universe’s titular characters as they battle the anarchist group the Flag-Smashers. We will keep you updating with more related to the Marvel Cinematic Universe, so stay tuned to Otakukart News.