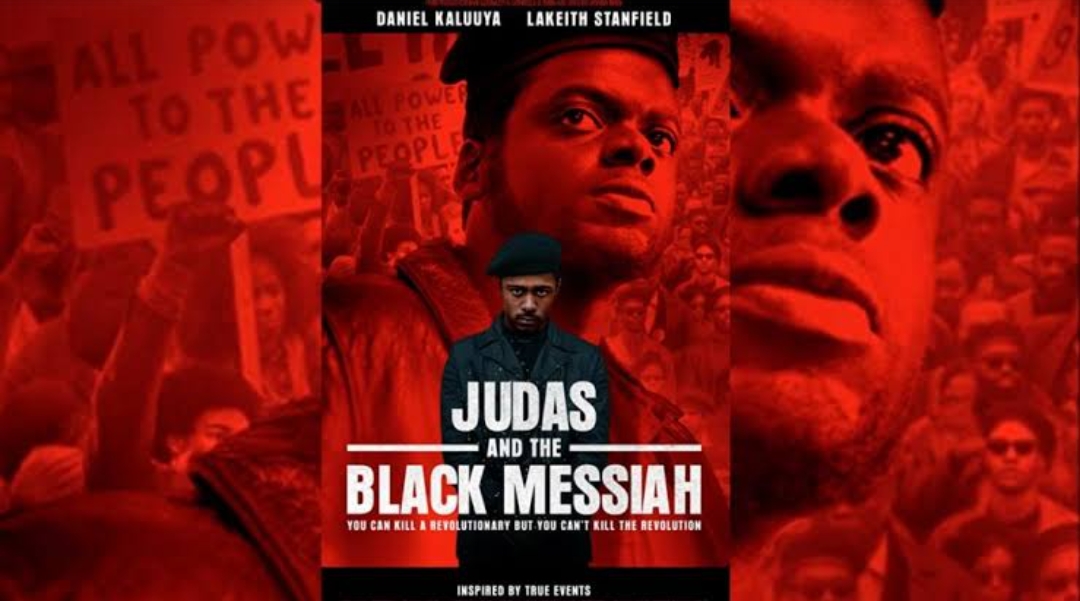 One of the movies of 2021, which is surely going to be a major awards season play this year, is ‘Judas and the Black Messiah,’ which is getting a lot of attention from the viewers and receiving acclaim from the critics. Starring Daniel Kaluuya and LaKeith Stanfield in notable roles, this gripping biographical drama by Shaka King brings into limelight the final days of the black activist Fred Hampton from the iconic Black Panther Party. The movie lets us know about Fred Hampton’s betrayal at the hands of an FBI informant, William O’Neal.

If you have recently watched the film and still cannot stop yourself from rooting for something similar, or if you are curious about details related to the Black Panther Party, here are numerous movies and documentaries that either directly or indirectly influence the 2021 movie, ‘Judas and the Black Messiah.’ 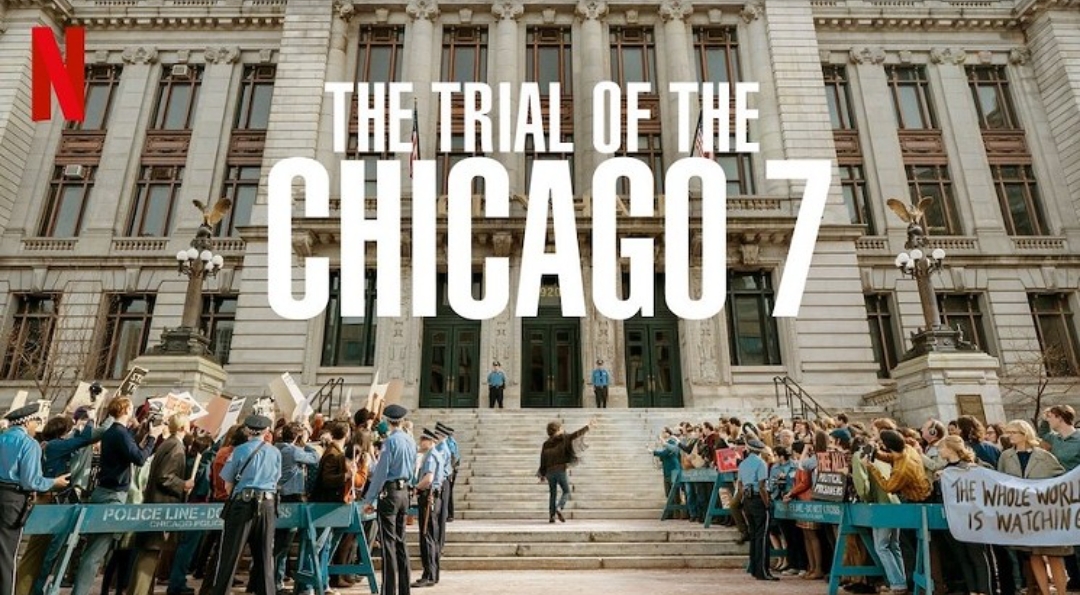 The Trial of the Chicago 7

Set in 1968, this historical legal drama movie depicts the story of a group of seven anti–Vietnam War protesters, known as ‘Chicago Seven,’ who have been charged with scheming and crossing the boundary lines to stir up an uproar at the Democratic National Convention in Chicago.

When we are talking about ‘Judas and the Black Messiah,’ we are bound to mention ‘The Trial of the Chicago 7,’ which features Fred Hampton’s character as well, but in a minor role. In ‘Judas and the Black Messiah,’ the role of Fred Hampton has been played by Kelvin Harrison, whereas in the other one, the role has been portrayed by Daniel Flaherty. Moreover, the setting and events in both the movies are quite similar to each other and even feature Hampton’s death in the 2020 movie. Both the films have centered around political tyranny and infiltration, taking place in the same city and around the same time. The movie is available to be watched online on Netflix. 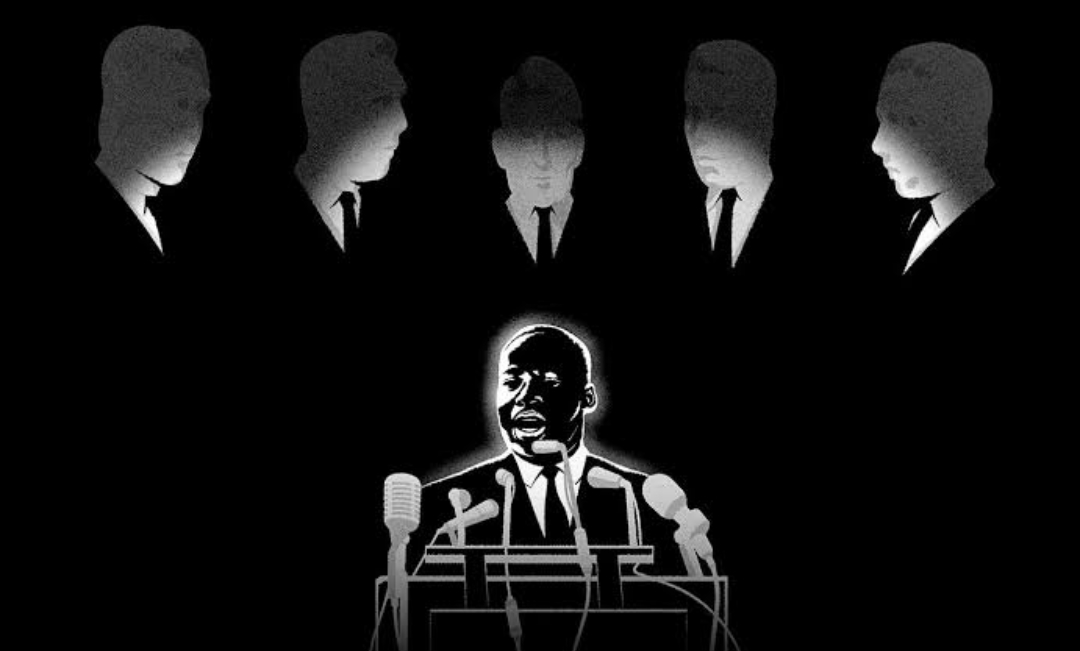 The movie dives deep into the harassment and investigation of Martin Luther King Jr. by the Federal Bureau of Investigation, based on the newly declassified documents. It covers the FBI and J. Edgar Hoover’s attempts, who tried to disgrace King by gathering the images and recordings of his private sexual life with other women. A major part of the documentary brings into use Martin Luther King’s archival recording between the years 1955 and 1968, covering the years when he was active as a civil rights activist. It covers his early years of adulthood and his assassination in 1968.

Check out: Best Of Shailene Woodley’s Movies That Will Make You Appreciate Her

The story of MLK/FBI is quite similar to that of Judah and the Black Messiah,’ showcasing the FBI’s attempts to ruin the reputation of the Black leaders of the 160s and ultimately disposing of them. You can watch it online on Prime Video. 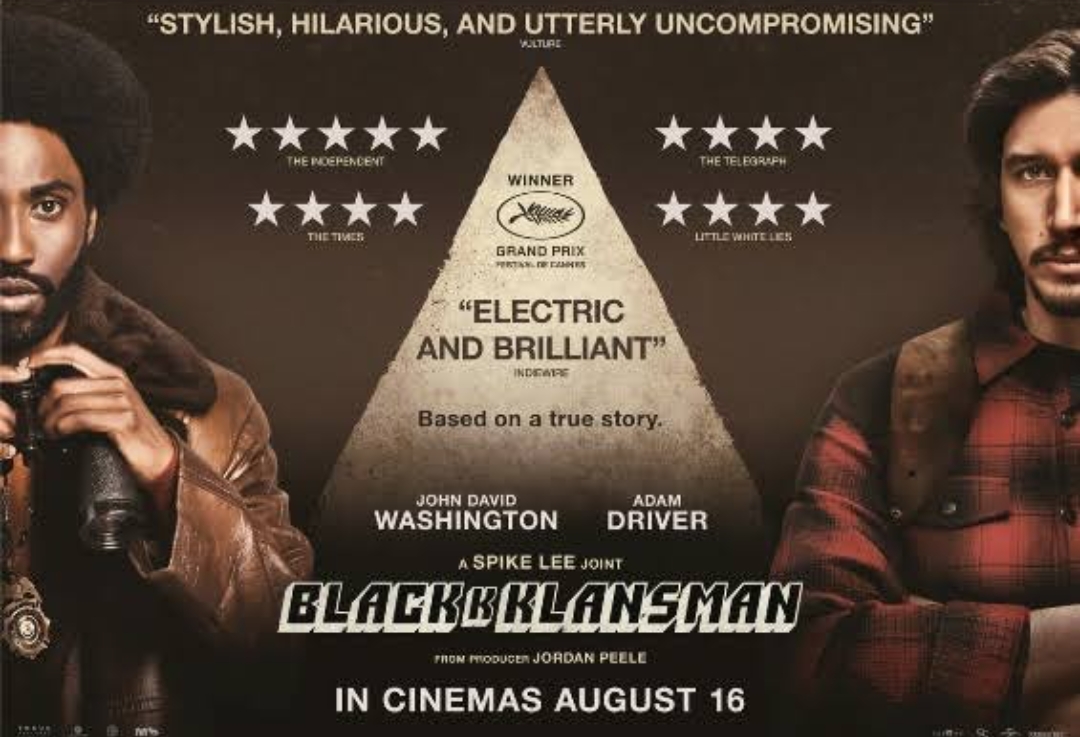 Inspired by the 2014 novel by Ron Stallworth, titled the same as the movie, this biographical approach revolves around the life of the first African-American detective in the Colorado Springs Police Department. He was determined to invade and expose the Ku Klux Klan, an American white supremacist terrorist clan who used to target African Americans primarily, Jews, Catholics, Muslims, leftists, immigrants, and homosexuals in small numbers.

Set in the 1970s, the author of the original book is about whom the entire movie has been made, with his character being portrayed by John David Washington. Like ‘Judas and the Black Messiah,’ BlacKkKlansman is based on a true story, following a Black man who infiltrates an organization. If you want to watch it, you can check it out on Netflix and Prime Video.

The Black Panthers: Vanguard of the Revolution (2015) 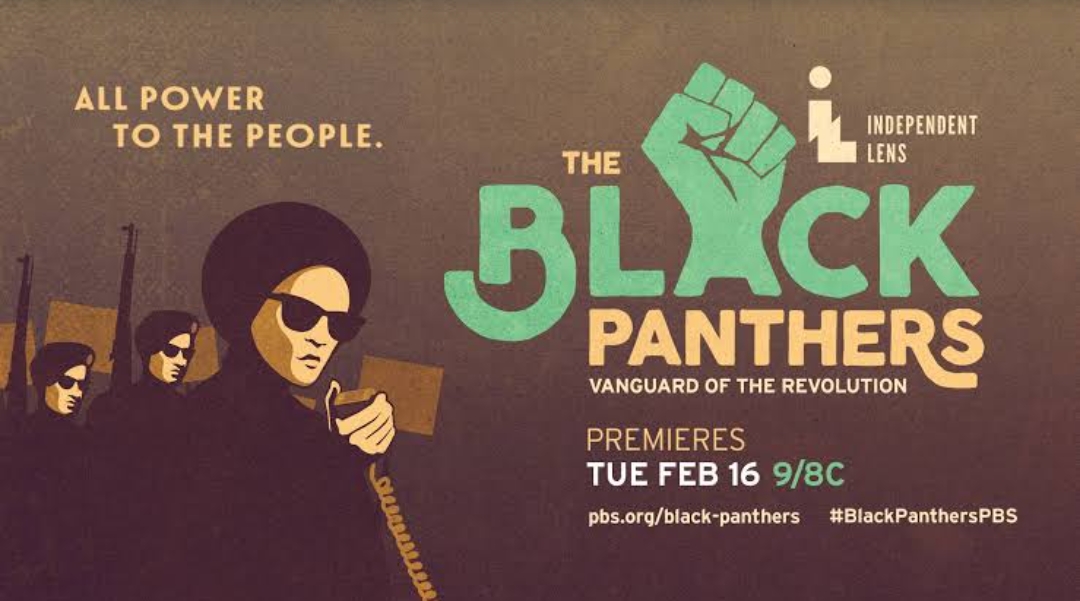 The Black Panthers: Vanguard of the Revolution

Another documentary that uses the archival recordings and interviews of the Panthers who survived and the FBI agents— the movie narrates the story of the iconic black organization, ‘Black Panther Party’ from the aspects of the witnesses. The eighth film by Nelson Jr. to premiere at Sundance, the movie is the first one from the trilogy of documentary films revisiting African-Americans’ history. ‘The Story of Historically Black Colleges and Universities’ and ‘The Slave Trade: Creating a New World’ are going to be the next two parts of ‘The Black Panthers: Vanguard of the Revolution.’ As evident from the information provided above, there are a few documentaries about Black Panthers in the above-stated movie relevant to the background of ‘Judas and the Black Messiah.’ To be precise, ‘The Black Panthers: Vanguard of the Revolution’ can be considered a primer for people who wish to know the basics. You can catch up with it on various streaming platforms, including Prime Video. 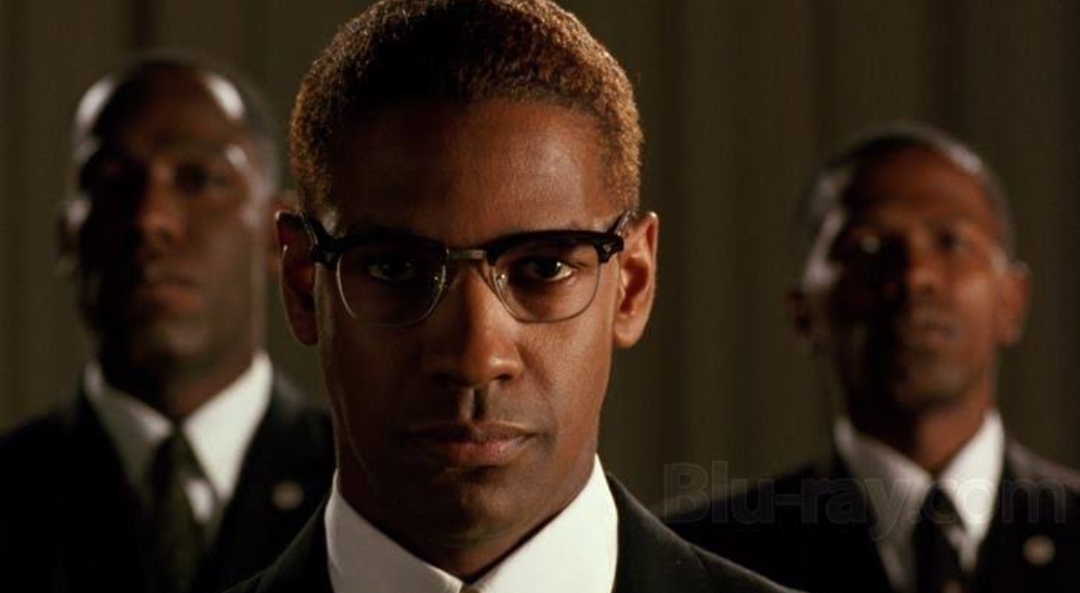 The movie brings into limelight the important events taking place in the life of Malcolm X, starting from his career as a criminal, his incarceration, him being converted to Islam, his time with the Nation of Islam and later quitting it, his marriage with Betty X, his trip to Mecca leading to the reevaluation of his thoughts on the whites, and finally his assassination in 1965. The movie also covers incidents like his father’s death in his childhood, his mother’s illness, and his ill-experiences with racism, which has been showcased using flashbacks.

Inspired by the 1965 book by Alex Haley, titled ‘The Autobiography of Malcolm X,’ the movie depicts Malcolm X, the slain activist, who, just like Fred Hampton, bangs fright into the minds of the organization, using his teachings during the 1960s. You can watch the film on Netflix as well as on Disney+. 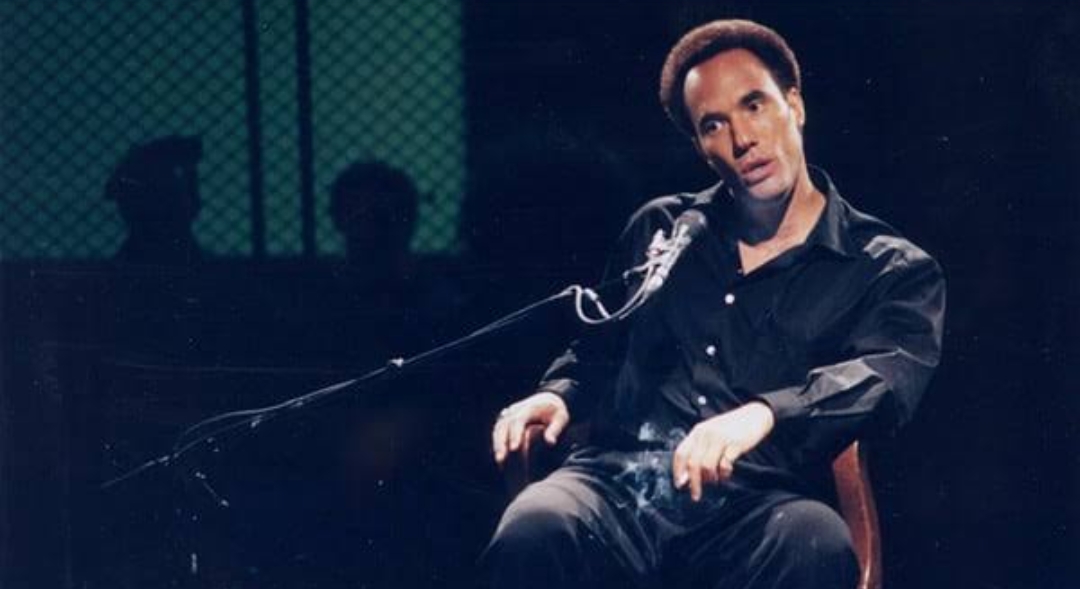 The movie, ‘A Huey P. Newton Story,’ has been written and performed at ‘The Joseph Papp Public Theater’ by Roger Guenveur Smith as a solo performer. With the help of this performance, he has represented the life story of the co-founder of the Black Panther Party, Huey P. Newton as an individual, a citizen, and finally as an activist in a rooting and explosive manner. His performance also featured the images from his activist movement era, shown up-stage. The movie production assists in interpreting Newton’s experiences, the achievements he earned throughout his life, and the expressions of the spectators watching in the crowd and at home.

This one-person feature film enlightens and sometimes entertains us, showcasing a different side of the coin that very few people had got it to see other than his close ones. You can stream the film on Straz and Prime Video. 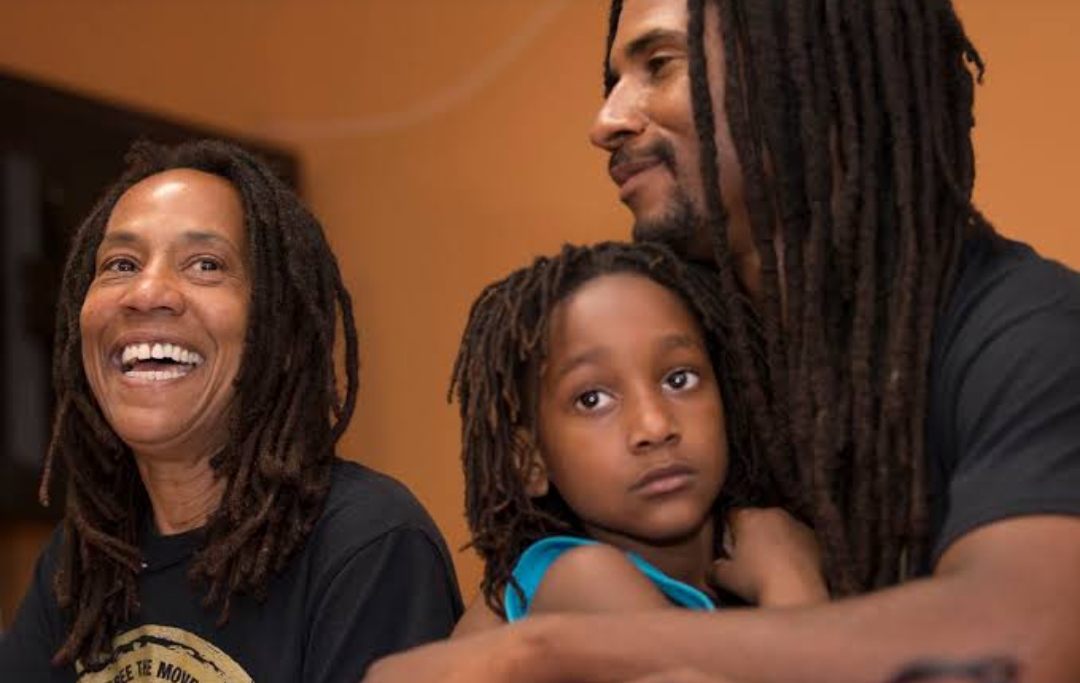 You must have noticed most movies in this list are documentaries dealing directly with the activist groups during the 1960s. However, ’40 Years a Prisoner’ is a crime documentary centering around the 1978 raid on the Black revolutionary group titled ‘MOVE’ (Christian Movement for Life), by local police, Tommy Oliver, from Philadelphia Police Department. The raid resulted in the demise of an officer, along with imprisoning nine members of the group.

The main highlights of the documentary cover the aftermath of the raid and the endeavors of Mike Africa Jr., who is the son of two of the organizers of the revolutionary gathering, for clearing the names of his parents and have them released from the cells. You can stream the film online on the official website of HBO Max.