The Flash is making a comeback after more than a month’s break. The Flash Season 6 Episode 16 ‘So Long and Goodnight’ other important details regarding the upcoming The Flash episode will be discussed in this post. If you are not a lover of spoilers then please stay away from this post, because it could be hazardous to all of your heads.

The relationship between Iris and Eva becomes more complicated as now Iris will start suspecting her actions while Singh wants witness protection. There surely are a lot of things that will be shaking up in the upcoming episode of The Flash. So, let us see what happens in the new The Flash Season 6 returning episode.

This American superhero series is developed by Greg Berlanti, Andrew Kreisberg, Geoff Johns. This episode is directed by Alexandra La Roche. This episode promises to be a good one having a long history of the series. It will be interesting to see the superheroes with Intelligence solving complicated issues.

The Flash Season 6 Episode 16 update: When will it air?

The Flash Season 6 Episode 16 will be released on April 21, 2020. It was originally going to release on April 7, after the delay, but was delayed once again. 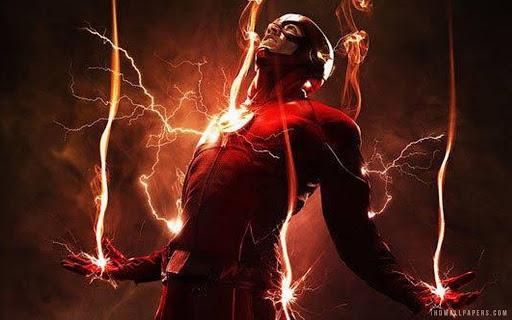 The show is created from the D.C. comics using superheroes. Normal humans get supernatural ability from the accidental explosion in a particle accelerator. The total run time of the Episode will be mostly around 40-45 minutes. It’s expected that a slight delay in shooting due to Covid-19. Because of pandemic production has already halted the progress. The Flash made its debut in 2014. Casting crew involves Candice Patton as Iris West-Allen, Carlos Valdes as Cisco Ramon, Hartley Sawyer as Ralph Dibny, Efrat Dor as Dr. Eva McCulloch and Jesse L. Martin as Captain Joe West.

This episode was an interesting one and full of action, as the ratings suggest it was a good episode but not an extraordinarily great one. We saw how Cisco tried to help Nash Wells with his skillset. Meanwhile, The Flash aka Barry Allen was seen battling and all-new villain known as Sunshine. Do mention your thoughts regarding The Flash Season 6 Episode 16 ‘So Long and Goodnight’ in the comments section down below.

Monica Chapter 38: All You Need to Know

A Piece of Your Mind Episode 10: Preview, update & Streaming Details