An “Original” anime is always a gamble since you don’t know whether it would shine or drown. No manga/light novel/visual novel/game/any other source material to predict its success and no way to grab any fan base. Still, if enough effort is put in, an original anime can turn out to be really good, and one such example for 2020 is Deca-Dence. Therefore, in this article, I will provide you with my review on Deca-Dence and why it’s worth your time, but before that, I guess a good look at the synopsis would start you up so…

Far ahead in the future, mysterious creatures called Gadoll appeared out of nowhere and annihilated the human population. The fortunate survivors allied to build a mobile fortress known as Deca-Dence, from which they resist themselves against the enemy. A cheerful girl named Natsume was sent to be an armor repairer under an apathetic man named Kaburagi, even though she wanted to be a soldier ever since she was a kid. However, one day, Natsume and Kaburagi accidentally get involved in a battle against Gadoll. Natsume then witnesses Kaburagi taking down these Gadolls one after the other.

The anime has a female protagonist, now that’s rare, and the story focuses on her journey to become a member of The Power and fight Gadolls to survive and attain freedom. She faced misfortune concerning her father and lost an arm during that incident. That lost arm made her a subject of jokes and resemblance of weakness since she couldn’t handle her arm well enough. However, despite all of that, she continued to step forward and look toward her improvement to be more confident and live a life with dignity.

(Spoiler Alert: Skip To Execution) Even though it had cliche elements, the series stood on its own feet by giving us some interesting premises. The idea of aliens using earth and humans to play a game to have entertainment is a good start. Not to mention, the first plot was actually incomplete, and the plot twist in the second episode was really a shock to all its viewers. The idea of pushing yourself to the very limits to live with no regrets is another message that our youth needs to know, and Deca-Dence expressed it well enough using its premise and setup. 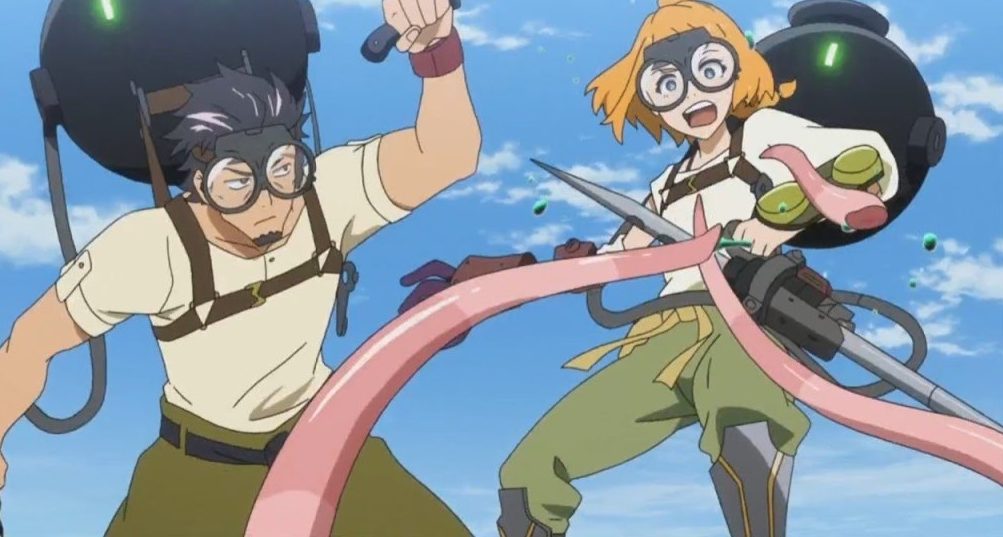 The series is fantastic in terms of backgrounds, character designs, costumes, and minute details that enhance the viewers’ experience as it complements the show’s theme pretty nicely. The funny moments are not much yet perform the task of fetching the lively atmosphere positively.

As far as fight sequences are concerned, why the hell isn’t anyone talking about this series? Brilliantly choreographed, spectacularly presented, and incredibly executed action can be enjoyed in this show. The movements, the flow, the motion, the smoothness, and the cinematography is absolutely stunning. Viewers can’t say that the franchise compromised even a bit while scripting the action sequences. Not to mention that the balance of story progression and crunchy fights were also applaudable.

So how do you use 3 different art styles and still deliver a mind-blowing experience? Well, Deca-Dence will teach you, so don’t worry. The absolutely gorgeous execution requires an equally gorgeous animation to complete it, and when this series is concerned, they did it like a boss!

As stated earlier, this show has 3 Different art styles, out of which 1 is 3D animation, and we all know how much hatred C.G. or 3D animation receives, but this anime ensured that they use C.G. in the ideal instances. Rather than using it on a character whose expressions are important, they used it on a monster whose face doesn’t matter, and thus the 3D animation makes the fight a lot more engaging and fun to watch.

If we talk about the two art styles, they add up to the number of assets this series possesses. Both the styles were great, and their use was also done in a mesmerizing manner. Even in a single frame, they both looked so distinct and eye-pleasing. The animation department has made its name in 2020 for sure. 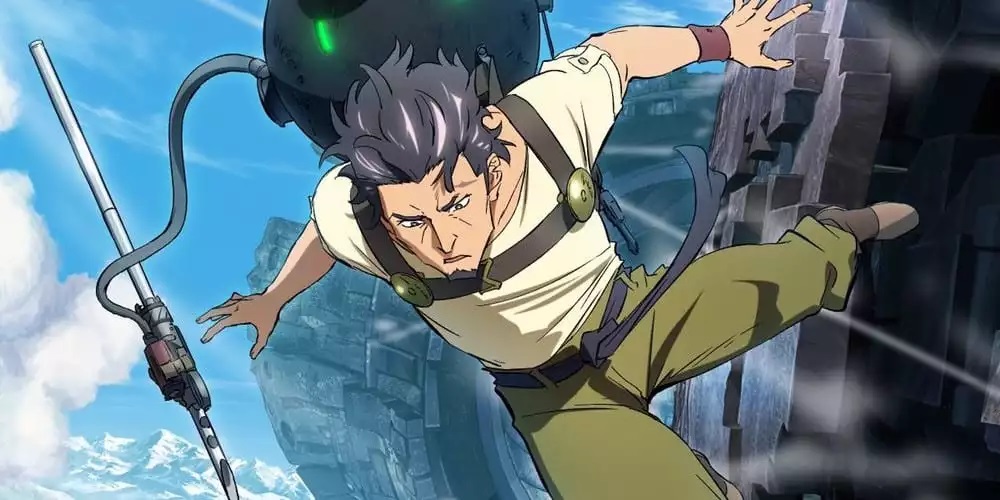 The set is not that big but has a lot of enjoyable, fun, and relatable characters. They might sound cliché but based on the premise of the show, and their personalities fit perfectly. What’s so considerable about characters is that the side ones also add up a substantial value to the main story as they share screen time with the main ones. Characters like Jill, Kurenai, Minato (No Naruto fans, not Papa),  Donatello, and Sark are just for support yet become extremely vital for the series. As far as the main ones are considered:

Being a female protagonist means that many skeptical eyes are ready to judge her as an anime’s main and how she would distinguish herself from the bunch. However, Natsume did the job fairly well as she punches those eyes and develops herself as a great character throughout the show. She may look naive and timid but facing death head-on and willing to do so again is what makes her a personality you shouldn’t mess up with. The way she looks at life and overcomes obstacles is inspiring and satisfying.

What would you do if you lost interest in life and death is next on your to-do list? He was a man who found his will to live, his reason to stay, and pushed himself because of an immature yet inspirational girl, and that’s what makes him a person one can look up to. No matter how things turn out, go ahead, do it, because regrets are painful, which is what we can learn from him. All of his designs are good, and as a lead, he did the job of carrying the season really well.