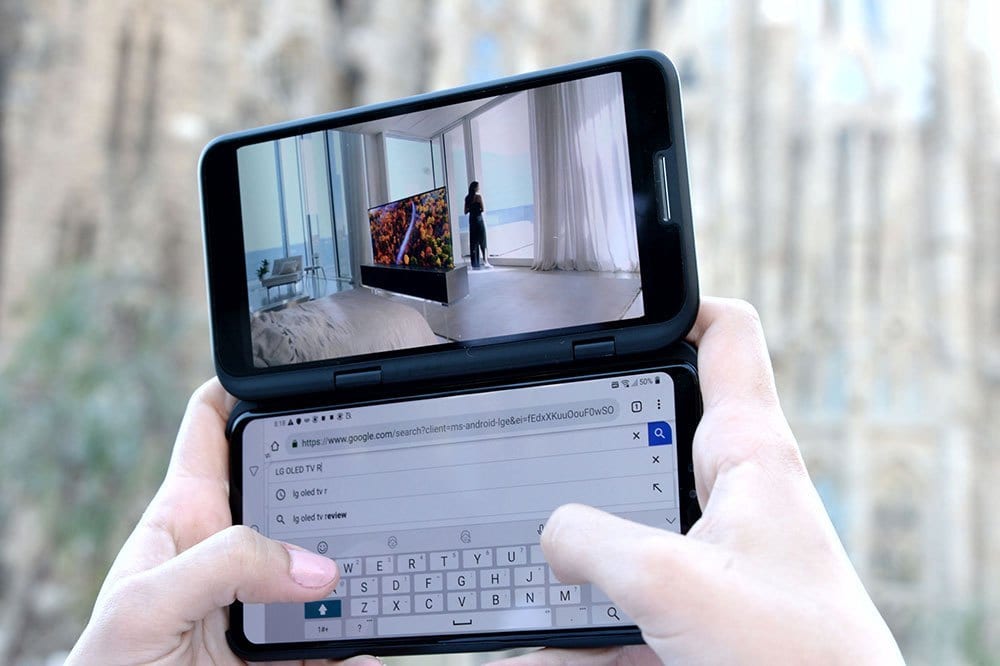 LG revealed two brand new phones before the Mobile World Congress 2019 in Barcelona on 24 of February. Among those phones was the V50 ThinQ which is the company’s first 5G phone. This phone has some amazing features one of which is a secondary screen that can be attached to the phone.

The LG V50 ThinQ will have the Qualcomm Snapdragon 855 processor with Qualcomm’s 5G modem and also has X50 in its core. This phone will come with 6GB RAM and will have 128GB internal storage that can be expanded to 2TB with the help of micro SD card.

LG V50 has a 6.4-inch Quad HD FullVision OLED display that has an aspect ratio of 19.5:9. It will have Android 9.0 Pie and will possess 4,000 mAh battery with Qualcomm Quick Charge 3.0 technology. Now let us talk about the camera; it will have three rear cameras.

As for the front camera, It has dual-camera in the front. It has an 8MP standard lens and a 5MP wide angle lens. V50 ThinQ will have a special feature which is a secondary 6.2-inch Full HD+ Full Vision OLED attachable display that attaches itself to the side of the phone. These screens can be used independently, which means you can perform various tasks at once.

Moreover, it has IP68 water and dust resistant technologies and a MIL-STD 810 military grade protection. This phone will launch on 24 of May 2019, and its price will be RS 72,990.