The runer from the third and second rushes straight home, Maezono hits a low outside pitch. Maezono’s grounder rushes through the gap between first and second bases which makes in 2 runs. Sousei defender fails to throw the ball back home to stop Shirasu from scoring but Maezono took the opportunity to shift to 2nd for 2 runs double.

The batter scop up a low 2-Seamer going into the back of the center-field which makes the runner from second Maezono runs for third and Sedou High scores their 4th run. Below we have more updates about Diamond no Ace Act II Chapter 216 the recap from the last chapter of the manga. Take a look at our updates below. 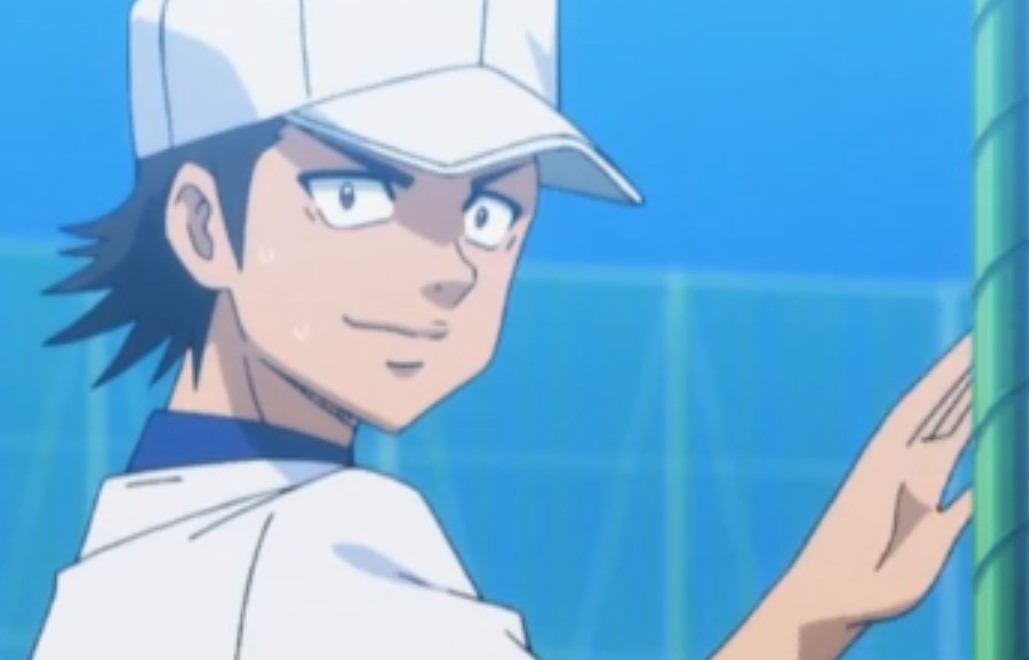 Nakazawa catches a shortstop and throws the ball to the first to make it 2 out. The Sousei infield moves back to their original positions and the batter hits another one right into the second baseman Nara’s hands. That makes it a 3rd out but Sousei manages to cut their losses with all member defense after losing 4 runs. The fans notice that Seidou manages to score 4 runs on 2 hits and the 6th end with the score gap widens to 4 runs.

The 3rd quarter has finally reached its last stretch. Yui said that the lineup has been able to see through the 2-seamer of Nagira and they’re able to connect on the straight fastballs as well so they expect some additional runs later. That will prevent Sawamura to go into the bullpen and they must hope to score more. Sawamura said that no matter who their opponents maybe until the match over you can not predict what might happen.

He also told  Yui that he is Seidou’s ultimate weapon and the final trump card he should go to start swinging his bat and stop worrying. Furuya gets a strikeout with his splitter which was able to get some half-asses swings out of the first batter. Noticing Furuya getting a good rhythm on the first batter, Nori decides to return to the dugout from the bullpen and Okumura agrees. Nori says that Furuya’s pitch count is approaching 100 so they must get ready to face anything.

Where To Read Diamond no Ace Act II Chapter 216 Online?