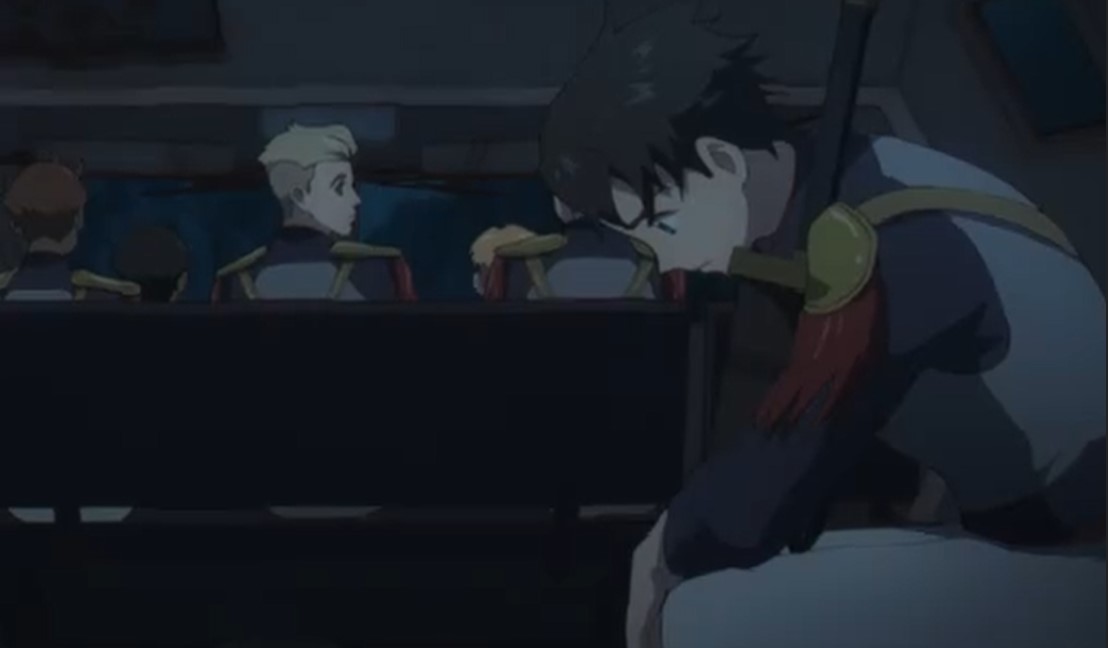 During the fight, Innumael Groener stabbed Zaitz who was about to kill the lady from the smuggling group. A guy from the smuggling group notice that they don’t stand a chance fighting the soldiers he fired a smoked bomb that helped them to escape. Later when the smoke is cleared Leo is sitting on top of the rock crying for his brother Zaits. Zaits’s dead body is in front of Leo and Captain asks if he is okay meanwhile, Innumael is escaping with others.

Magatsu Wahreit Episode 3 will be released on Tuesday, 27 October 2020, at 11:00 PM JST. Note that the latest new episode of Magatsu Wahreit will be released every Tuesday. You can watch this Anime officially on Funimation. Watch out for the spoilers of the upcoming episode when you proceed you can skip them if you are not interested. Let’s take a look at the recap and preview below.

The smuggling crew retrieved their cargo and also took Innumael with them and that is how he ended up in this mess. While the smuggling group is on the truck escaping. Innumael asks them what should they do and one of them replied that they are heading to one of their hideout in a nearby town. They promised Innumael that they are going to take him to a city after everything. They ask if he has a place in his mind and he said he will think about it.

Meanwhile, the soldiers are also heading to their base with the dead body of Zaits. Leo reveals that he has just joined the army to earn some money so that he could free Zaits out of burden. Leo sheds tears that his brother is dead. The next day in the morning the smuggling group enjoyed the break fats together. One of the smuggling group’s henchman reveals that the Imperial Army sealed off the city. At the Army base, Leo can’t accept what has happened to Zaits and other soldiers tried to change his moves.

Meanwhile, Innumael discovered that he is the wanted criminal from a poster. Leo got his confidence back and started to look for Innumael showing everyone a picture of him. In the evening Innumael went to the base in disguise and told the captain along with Leo. That the soldiers are causing a fire but Leo suspected him and he left with his suspicion. Innnumael rescued one of the smuggling members so that they won’t find the truth.

That’s all about the upcoming episode of Magutsu Wahreit Episode 3 for this week. Next week Tuesday as soon as this Anime releases a new episode we will be also releasing new updates.