Revenge is a dish best served cold, and My Name is Vendetta proves it. Released on the 30th of November, the action thriller movie has reached the Top 10 on Netflix. Directed by Cosimo Gomez, the story is told in a beautiful and ideal Bolzano, then moves to a much more urban area. This movie is about an Italian ex-mafia and his daughter through their revenge adventures.

Santo led a tranquil life in the Italian Alps alongside his spouse Ingrid and their daughter Sofia. The Italian thriller, featuring Alessandro Gassmann and Ginevra Francesconi, depicts Santo as having his family devastated when the misdeeds of his past life eventually catch up with him. The only way for his daughter to be secure is to extricate Santo from this earthly coil.

My Name is Vendetta Review

The most impressive aspect of My Name Is Vendetta is how it examines the developing relationship between Sofia and Santo, even if there is a fair chunk of violence in the one-and-a-half hours it takes for this vengeance story to pan out. 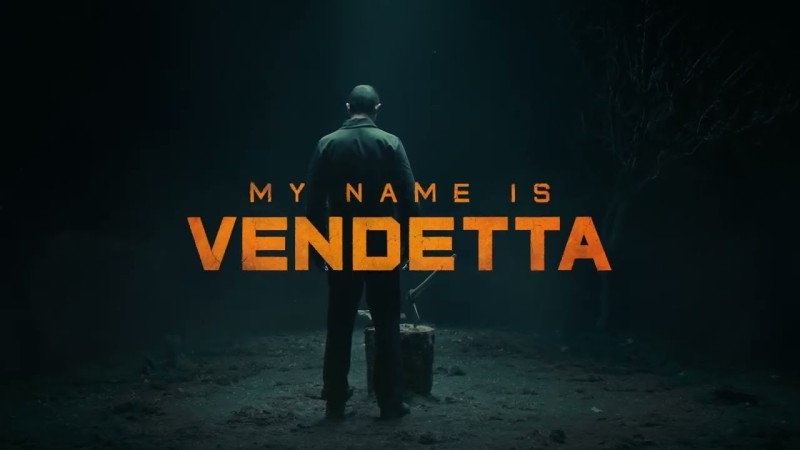 Sofia has a great deal to take in because she was unaware of her father’s past well before the events of the movie, and as one might anticipate, she fights against it throughout the entire movie. The movie gives her plenty of time and room to grow the complex feelings she has, preventing it from slowing down the progression of the narrative after she learns her dad was once a murderer and witnesses the consequences of his decisions taking many of the people she holds dear.

Santo and Sofia’s close family ties, albeit frequently stressed, are beautifully contrasted by the family who is pursuing them. Even as Santo starts to revert to his old ways and his harsh nature is exposed, the protagonists’ much greater level of worry and care for the family keeps them both looking like the good guys.

In addition to this emotional side, which prevents the film from being just a running tally of dead bodies, My Name Is Vendetta has some good but realistic action scenes. This movie avoids using flashy or highly styled fighting scenes, keeping the battles lean, mean, and brutal. Rarely do people maintain their battle despite suffering injuries that should render them incapacitated. This brutal style of conflict resolution keeps the movie’s action grounded and prevents it from ever overshadowing the emotional cost of its story.

The action part of the movie lacked noteworthy music, which I found to be an important component. The use of music can frequently increase suspense and danger; however, My Name Is Vendetta seems utterly devoid of any effective use of music.

The acting in My Name Is Vendetta succeeds in conveying the action and danger of the story while maintaining the character’s believable emotions. However, it never goes above being good. The young actor does her utmost to accurately portray the barrage of emotions Sofia experiences throughout the movie, making Francesconi’s portrayal of the character by far the best.

The plot is a cliché from an action movie. There could be a variety of ways to give the tale a spin. The plot of the film is very obvious from the first. It looks and feels to be the same program being watched in a variety of languages.

It would’ve been better if Sofia’s mom had been the subject of greater discussion. The scenario might have been more complex if she had a relationship with Domenico. The speed at which everything occurred in this film is yet another issue. There appeared to be a rush to finish. There were far too many things happening at once.

All things considered, My Name Is Vendetta succeeds in telling a compelling revenge tale with intense combat scenes and a deep emotional core. Fans of this genre of the film ought to be able to locate enough to like, even though it never quite manages to succeed, to make the 90-minute voyage worthwhile.

Conclusion: Mediocre yet a perfect recipe for a revenge adventure movie.

My Name Is Vendetta