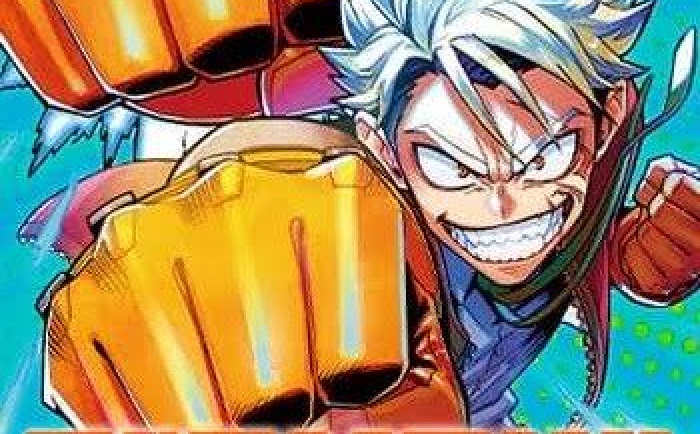 The third Chapter of Zipman continued just when Cheena was under attack by an unknown mechanical robot. The robot assumed she knew about Jackman’s whereabouts as she was carrying one of its mechanical parts she found on the ground. Jackman appeared within the nick of the moment saving Cheena leading to the fight between Jackman and Cutie Charm as Kaname recognized the robot from the same show.

As the battle continued Jackman realized that Cutie Charm is too strong and planned to retreat as his attacks are ineffective against her. Koshiro then came up with a plan that could defeat her using a mechanical piece that Cheena had with her.  The part helped Jackman achieve Zip form fusion which enabled them to get close enough to rip off Cutie Charm’s robot suit exposing its driver in the end.

Zipman Manga is serialized on Shueisha’s Weekly Shonen Jump and releases new chapters on Sundays. VIZ media’s official website had scheduled Chapter 4 of the Manga to be released on the 22nd of December 2019 as shown on the Manga’s latest chapter

Where To Read Zipman Chapter 4?

Zipman manga is available for its latest chapters as soon as they are released from VIZ Media and Shueisha’s Manga plus platforms. Raw scans for new chapters are released 2-3 days before their respective chapters are released. To support the Manga creators and publishers, we advise you to read the digital copies from their official websites and apps.