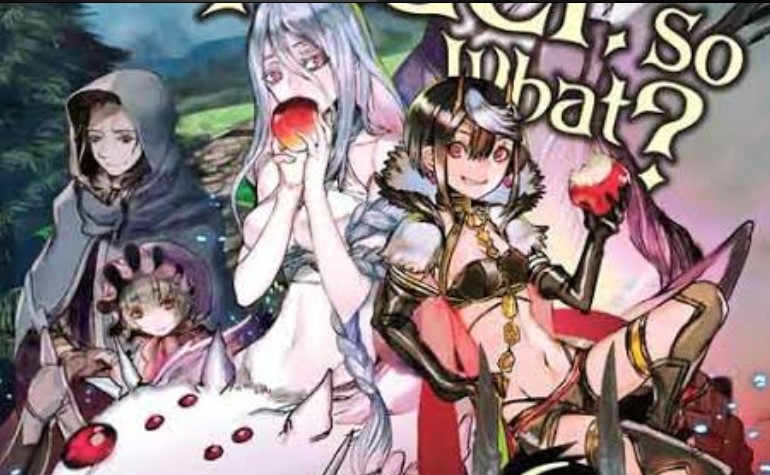 Also known as ‘I am s spider so what?’. This manga made its latest release after the festive seasons break on the 9th of January 2020 with the release of chapter 41. So in this post, we are going to talk about ‘Kumo Desu ga, Nani ka?’ Chapter 42 update, raw scans, and spoilers. We will start by looking at the spoilers, so if you don’t like them, you can just skip the spoilers section below.

As Akiko is trapped in a pincer attack, she realized that there is nothing much she can do as she decided to attack using her MP this time. She had resolved to keep fighting until the very end as she recalls that she always ends up getting defeated one way or another.

This manga usually reveals its next chapter release details at the end of its manga. The latest chapter was released on the 9th of January 2020, bringing the manga to chapter 41. So chapter 42 was announced to be scheduled for the 16th of January 2020 release. So feel free to use the information below to stay up to date and also regularly check for our new articles as we always bring updates as soon as they are out.

Where Can You Read ‘Kumo Desu ga, Nani ka?’ Manga?

The latest Kumo Desu ga, Nani ka? manga chapters are available online on various manga reading platforms; it is hard to get hold of the official website. If you want to support the creators, you can buy Young Ace magazine, as the manga is officially published in that very magazine. Raw scans for new chapters are released 2-3 days before their respective chapters are released.

What Is ‘Kumo Desu ga, Nani ka?’ Manga About?

This Manga takes place in another world where the world’s hero and the demon king continued to fight against each other. When the resulting explosion of their clash crosses to alternate dimensions, a classroom full of high school students was destroyed. The affected victims were then reincarnated in the alternate world, where the lowest ranking student was accidentally resurrected into a spider. However, she managed to adapt faster to her new world and life as a spider as she had to do everything she can to survive.