Netflix’ Selena Gets A Second Part Release Date! What To Expect From The Second Part On The Series Based On The Life Of 80s Singer!

The Netflix biographical drama titled “Selena” starring The Walking Dead’s own Christian Serratos in the role of Selena Quintanilla “Queen Of Tejano Music” saw the story and legacy of the top American Latino artist right from her childhood to her prominence in the world of music, fashion and glamour. The first part of the series arrived on the 4th of December 2020 on the OTT giant. So far, Selena has been watched by 25M households just in one month since its debut and has also marked its presence in Netflix’s top 10 list in several countries, including U.S., Mexico, Argentina, Colombia, and Peru.

Part one of Netflix’s Selena saw the childhood, Selena Quintanilla with an inside look into the singer’s family while she dreams of growing up and become a successful singer. After such tremendous streams from the viewers, Netflix is set to drop the second part of the series on Netflix on Friday, May 14, 2021. Netflix’s VP of Latin American Originals, Francisco Ramos, made the announcement earlier this week. Here we are talking about everything we can expect from Part two of the series.

After revealing the release date for part two of Netflix’s Selena, Francisco Ramos, Netflix’s VP of Latin American Originals, talked about the series and what we can expect from the second part of the Netflix original. According to Ramos,  the second part of the series will see Selena Quintanilla bursting into the Tejano music scene in the 80s. Her dream to make music celebrates both her Latin roots and Mexican-American upbringing. Fransico Ramos continued talking about Selena, quoting that the 80s singer brought these two worlds together as she left with a timeless legacy behind. Today, it still resonates with generations of fans around the world. Thus, Netflix and Ramos had the same hopes while bringing the series onto the OTT giant. 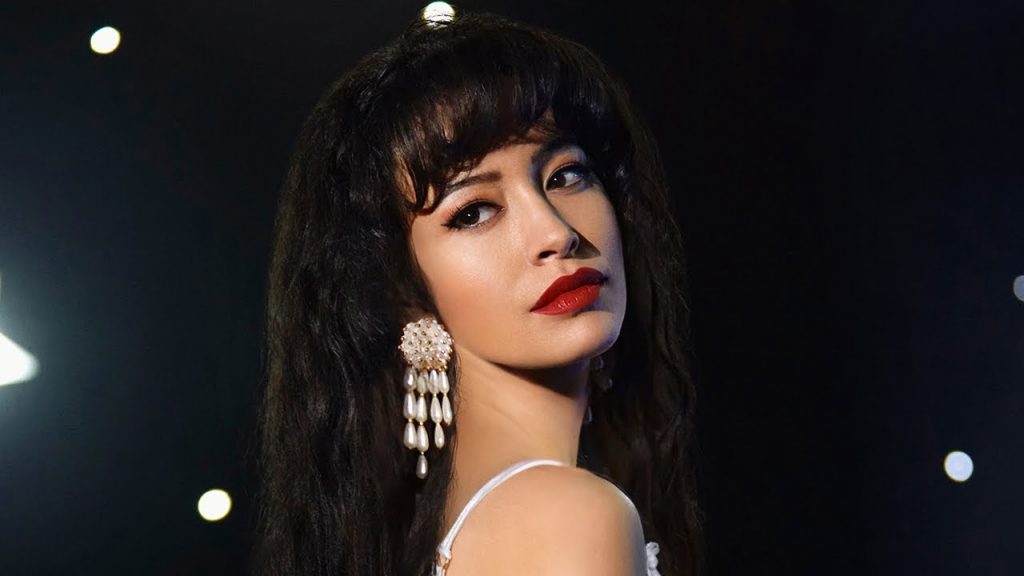 Fransico Ramos further talked about Selena’s work, where he revealed that they wanted to pay tribute to the young girl who had a big dream and a bigger voice. He further stated the show wanted to honor Selena’s journey right from performing local gigs to her rise of fame as she performs on big stages in the future.

Fransico Ramos further teased about the second part where he stated that the next part in the series would see Selena handling her fame, and fans will see how she balances family, love, and a rising career. Ramos teased that Netflix’s Selena: Part Two will chronicle the years of hard work and sacrifice that the singer’s family go through as she is on her verge to become the most successful female Latin artist of all time.

Read More: All Best Movies of The Decade To Watch On Netflix In 2021

Part one of  Netflix’s Selena saw the 80s singer Selena Quintanilla’s childhood and her rise to fame as she climbs up the Latin music charts through her music label EMI. Part 1 saw the singer embracing both Mexican and American identities while she fights for an English record debut. Apart from her rising career, Selena struggles to keep her romance with her band’s guitarist Chris hid when her father Abraham finds out and fires Chris from his job. 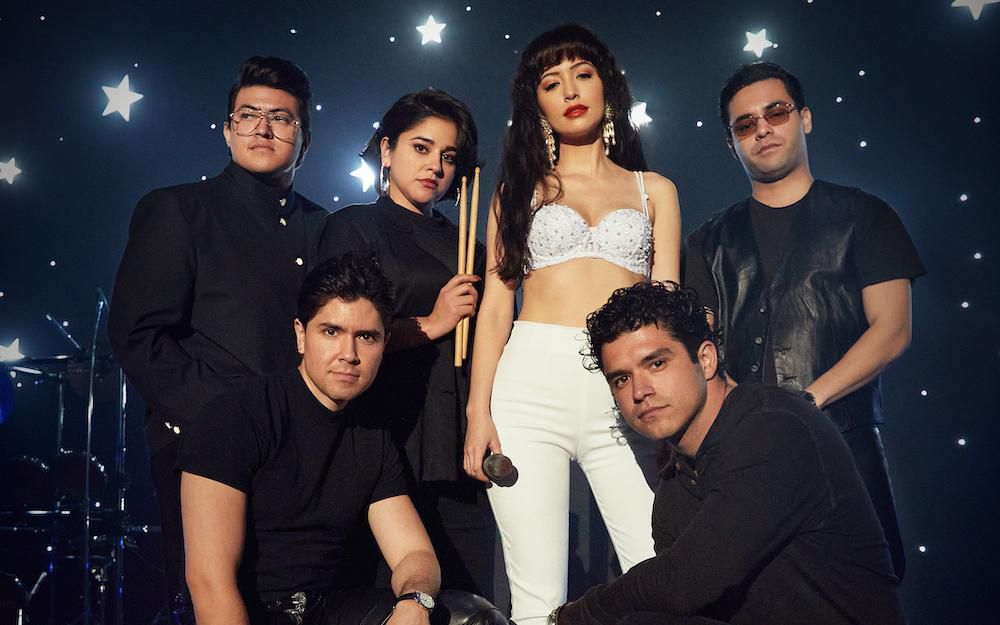 While Selena keeps her romance secret, Selena’s father looks to protect her daughter from the crazy die-hard fans by bringing the bodyguards in while Yolanda Saldivar, a die-hard Selena fan, takes in-charge of running a fan club for Selena for free. Towards the end of the series, Selena’s father Abraham finds out about Selena and Chris’s relationship, which leads Abraham to fire Chris on tour and tensions rise among the Quintanilla family.

Read More: Top 5 Netflix Shows That Are Worth Binge-Watching.

The Cast, Release Date, And More About For Netflix’s Selena: Part Two

Most of the main cast of Selena is returning which includes The Walking Dead’s own Christian Serratos as Selena, Gabriel Chavarria as A.B. Quintanilla, Ricardo Chavira as Abraham Quintanilla, Noemi Gonzalez as Suzette Quintanilla and Seidy López in the role of Marcella Quintanilla. 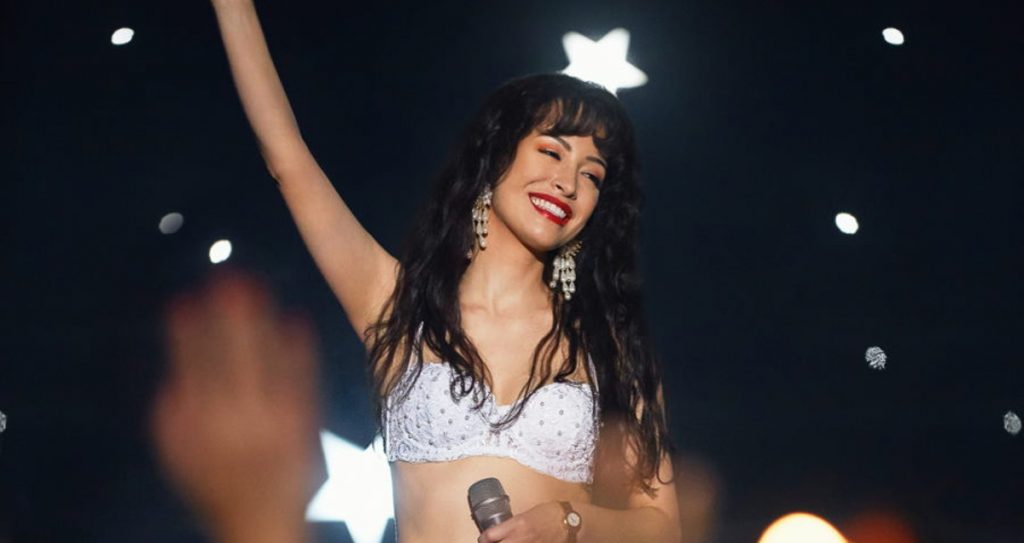 The second season as per Francisco Ramos, may not focus on Selena’s death as many of the fans already know the evident truth; the series will focus more on the constant rise of Selena in the entertainment industry as she also handles her family between. The second part is set to see Selena as an icon and hang up there to continue her story for a further part if Netflix decided to bring in another part.

Moisés Zamora will return as the creator and writer for Selena: Part Two and as an executive producer with Jaime Dávila, Rico Martinez, and Simran A. Singh. The Quintanilla family members have also served as executive producers for the series, which includes both Abraham and Suzette.

The second part of Selena is set to release on Friday, May 14, 2021, on Netflix, while the first part is now available to stream on the OTT giant. We will keep you updating further on the Netflix-biographical dram based on the life of 80s singer Selene Quintanilla and everything revolving around entertainment, TV shows, movies, gaming, and anime. So stay tuned to Otakukart News.