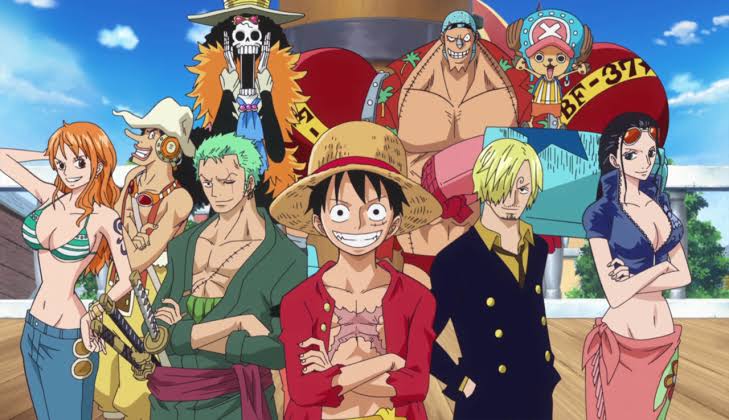 One Piece is the most popular manga in the world right now. It has broken record after records ever since it was released. One Piece manga as you all know has been written by Eiichiro Oda, and this manga series has been going on for a long time now. It has over 80 volumes and has been a commercial success worldwide. Moreover, the volumes breaking printing records in Japan and the manga has even set a Guinness World Record for the most copies published for the same comic book by a single author.

Also, it is the best-selling manga series worldwide with over 430 million copies sold. The series still ranked number one in manga sales in 2018. It has made a huge community over the years, and its fan base is only growing more. One Piece is dominating other manga series, and none can come close to it in terms of popularity and fame. The main reason for this is its story, character, mystery, world-building, and arcs. It also has an ongoing anime which is handled by a talented company called Toei. It anime is also popular, and many people watch it. This is all thanks to the animators, the director, and other amazing people that Toei has. As for the manga, I can without a doubt say that One Piece can’t be surpassed by any ongoing manga right now.

Story of One Piece

In One Piece, we follow the story of Monkey D. Luffy, who wants to become the King of the Pirates. He gathers a crew who have their dreams and also want to fulfill their captain’s goal. His crew consists of Zoro, a genius swordsman who wants to be the strongest swordsman in the world, Nami who is Navigator and her goals are to make the map of the entire seas. Sanji is a chef who wants to find a place called All Blue, Usopp, an expert marksman who wants to become a brave warrior of the seas. Robin, an archaeologist who wants to know the truth about the void century. Chopper, a doctor who wants to find a cure for all the illnesses in the world. Last but not least is Brook, a musician whose goal is to fulfill the promises that he made to his friend. 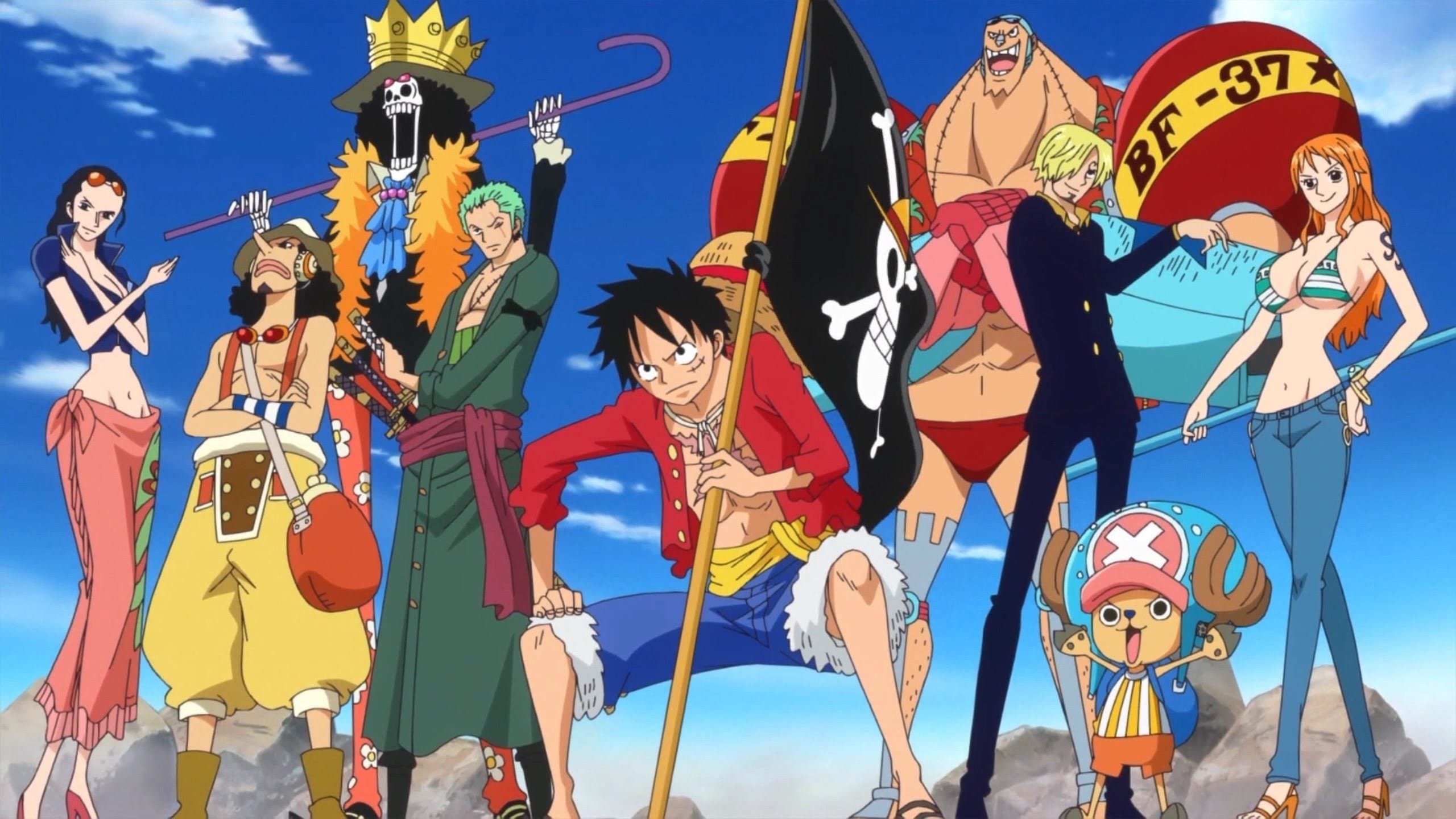 All of these characters are memorable and each with a backstory that makes you care for their well being. Each of there makes them unique and loveable. But this is just only the tip of the iceberg, there even more stuff that makes this world so gripping. There are many mysteries in One Piece; one of them is the Void Century. This is an event that happened before the current storyline. We do know that no one knows what events occur during those 100 years and the only way to find about is through Poneglyphs that the people of that time made, so they aren’t forgotten. But those who try to search for it are killed by the rulers of the One Piece world called World Government.

This dominant force keeps the world’s balance in check. They were formed by the merge of 20 kingdoms, and they consist of three main branches, Marines who maintain the peace of the seas, Shichibukai and Cipher Pol. All this is a fraction of the story of One Piece, and there is still more stuff that I talk about, but I don’t want to spoil anything else. All this makes up for an amazing storyline that keeps the reader at their toes and also wanting for more. Another great thing about it is the characters that Oda, whether it be villains or side characters, all of them, are memorable such as all Ace, Sabo, Whitebeard, Shanks, Doflamingo, Katakuri, etc.

NAVI HQ right before the start of the summit war/marineford war between Whitebeard and World Government. (Toei Animation)

Each of the arcs in One Piece is awesome, and in my opinion, the best arc in One Piece right now is Marineford. My second favorite arc right now got to be the ongoing arc called Wano Kuni arc. The anime as finally entered Wano Kuni arc and I have to tell you; it is much better than any other arc in terms of animation. It feels like it is another anime. You won’t believe how good the anime amazing it is and props to the anime stuff that made it even more amazing.

End of One Piece

One Piece has been with many for a long, long time, and it is a part of their life. One of my friends one day said to me that he couldn’t imagine a life without One Piece and there won’t be anything that could fill that hole. The same thing goes for me and other die-hard One Piece fans, and it would be sad to see it end but just as Koro-Sensei said “fun times are bond to end” it is the truth. But the question now is when does it end? Well, in Jan of 2019, ANN reported that One Piece is near its end and It was reported that One Piece would have just over 100 volumes” total. 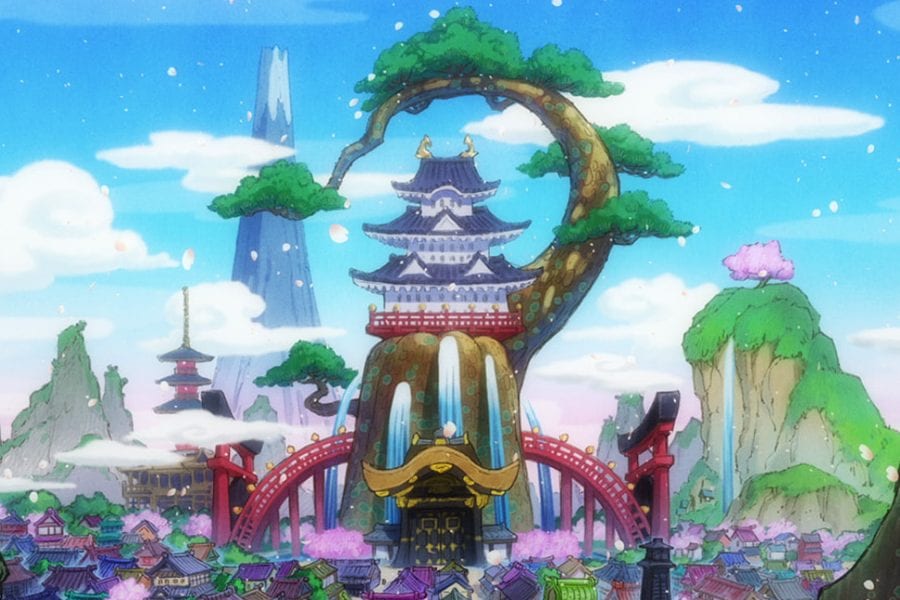 One Piece’s latest Wano Arc still shows style and details of the country that is cut-off from the World Government and the rest of the world. (Toei Animation)

When the news broke about this, many fans were sad about it, but there is nothing to be depressed about as One Piece still has a lot of time before it ends. At the pace that One Piece is going, it will take a lot of time for it to end and if I have to guess One Piece still has about 5-7 years left to it. I say this because we have many things that haven’t been revealed to us (spoilers ahead for anime-only fans) like the truth about The Void Century, Who Im (IMU) is and why he rules the world Government, Vegapunk’s reveal, who Joyboy is, what is the last ancient weapon and its location, and as it was reported, One Piece will have just over a 100 Volumes, it could be 120 or 130, every 20 volumes roughly took 5 years time, we have about 5-7 years worth of One Piece left.

The meaning of D initial, the great kingdom that stood against the World Government, the great cleansing, the origin of Shanks, etc. There are somethings that I am missing, and because of all these things, I think One Piece will end in 5 to 7 years or so. The current arc of One Piece is just beginning, and it will be a very long arc. Oda-san himself has hyped up this arc for a long time now. This arc isn’t even the last arc of One Piece, but still, this arc will change the story even more. After that arc, we might have one or two arcs left or even more, who knows. I can’t imagine what will happen after this arc. Whatever the case, I think One Piece will end in 5 to 7 years.