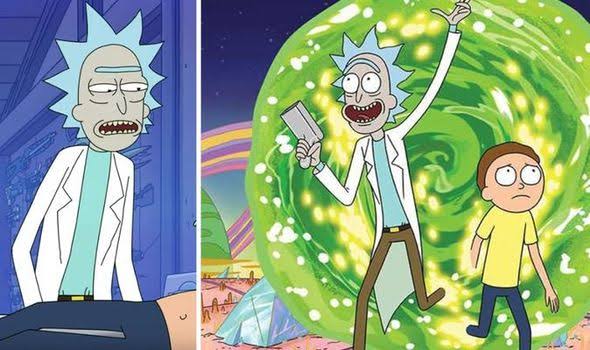 Streamed on Adult Swim, Rick and Morty are currently on a mid-season break from December 15, 2019. Season 4 of the series was released on November 10, 2019, before going for a mid-season interval as per the usual creator’s policy. However, this break generally doesn’t last for more than six months.

The series is known for being quite meta-aware, although it does suffer from a disconnected narrative. If the storyline does revisit some previous stories, we will not feel out of place for sure. In this article, we will disclose the Episode 6 update, various theories with spoilers ahead, which will determine the future of the Season. Continue reading and stay updated!

What is Rick and Morty Season 4 Episode 6 update? – UPDATED

Rick and Morty season 4 episode 6 is scheduled to return on May 3, 2020, so all the fans are already excited for the new episodes. The announcement was made on Rick and Morty Twitter page, and you can check out the Tweet below!

You heard it here third. #RickandMorty returns May 3 on @adultswim pic.twitter.com/KvbqK9eKDI

What are Rick and Morty Season 4 Episode 6 Theories and Spoilers?

The Rick and Morty animated series has been largely successful and popular among its viewers. The main reason for its success has been it’s cynical plot overview and the nihilistic attitude among the characters, which suites the empathetic fervor of the millennials.

The narrative of the show can be easily termed as outlandish and swiftly paced with each episode showcasing a different adventure. However, due to diverse storylines in every episode, the plot lacks continuity and consistency as a whole. The narrative of the plot, though bit-sized and sustained, is also helter-skelter in parts.

However, we are expecting an expansion in the plot of Rick and Morty Universe for a grand Season 4 finale. Creators of the show have confirmed that Season 4 ending will be good, canonical, and serialized. This will add to the boundless fictional universe already established by the show with alternate dimensions, parallel realities, and intermingling timelines.

One theory has been propagated by a Reddit User who has caused ripples among the loyal fan base of the animated series. The theory puts the charge of a big role on Evil Morty, as seen in Season 1’s ‘Close Rick-Counters of the Rick Kind.’ In that episode, viewers witnessed multiple alternate realities, each with the version of Rick and Murty. We are confirmed in Season 3 Episode 7 that Candidate Morty is Evil Morty. It is expected that the Evil Morty will face a tussle of power with Rick as Candidate Morty, while the campaign trail of the presidential election to the Council of Ricks, focused on inclusivity and equal treatment for the Morty’s from all dimensions.

In conclusion, we may say that Evil Morty is a great lens to explore the ‘Rick and Morty’ universe even if the Evil Morty plotline does not end up fleshing out too principally. Also, the character around Evil Morty can turn out to be an effective exposition technique. The future of the series seems exciting with major revelations like how The Rick show on the series became “the Rickest of all Ricks.” In short, exciting times are ahead. Get ready!