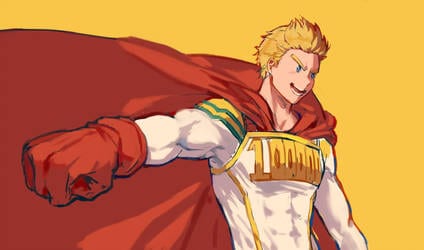 My Hero Academia probably got its best chapter in a while last week. I was excited to see the new chapter because it connected so many things. We got to see Bakugo and Deku bond a lot better than usual. After that, we also saw Class A and B bond together as well, and that was great to see.

They’re not just some students who we’ll forget about just a week from now. I like that. The most important thing about this chapter was that Monoma was asked to try and copy Eri’s quirk. Even though he replicated it, he failed to use it, similar to Midoriya’s quirk. He said he couldn’t use a quirk which requires an accumulation of power.

So, that’s why Monoma failed at this task. Towards the end of the chapter, we saw Midoriya and Eric promise that they’ll both master their quirks, and when that happens, Mirio can get his quirk back, finally.

We haven’t seen them in a long time. They should be up to something and now would be the perfect time to introduce them had had them do something dangerous once again. I also want to see Class 1A training a bit. Todoroki wanted Endeavor to teach him, and I want to see how that goes.

Bakugo and Midoriya sparred quite a bit, and I want that continuing. I’m pretty sure that in the next arc, we’ll see some development with Midoriya and his Black Whips quirk. I’m expecting a Plus Ultra chapter this week, and I’m sure that you are too. Let’s hope that Horikoshi delivers because I want something nice after the previous arc which was underwhelming overall.