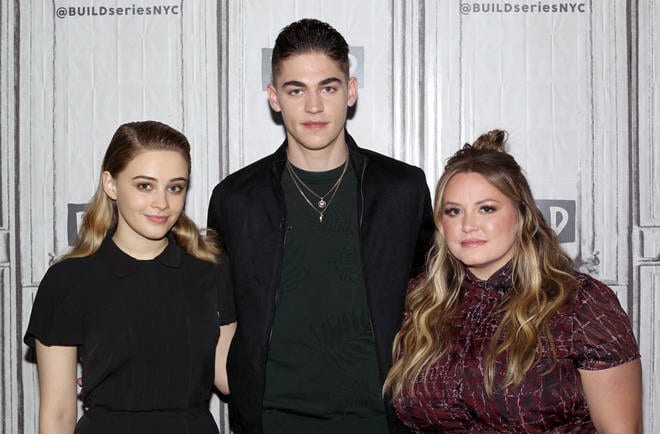 The sequel to 2019’s ‘After’ ‘After We Collided’ has been confirmed and fans of the movie are extremely excited to see what the team has in store for them. After was directed by Jenny Gage and it was released back in April. The story follows Tessa Young, a college student and her relationship with a ‘bad boy’ Hardin Scott. The film wasn’t received well by the fans and the critics gave negative reviews to the depiction of romance and the overall story. The film was made on a budget of $14 million, and it earned a total of $69.5 million. We have gathered all the recent updates and information related to the sequel, so here is everything you need to know about the upcoming After We Collided.

The confirmation was made on 24th April. The Author, Anna Todd shared the news via her official Twitter page. Anna tweeted “we’re getting a sequel guy”. She also posted a picture of the script along with the news.

In a statement, the Voltage Pictures’ president, Jonathan Decker said that they have already witnessed the product of a compelling narrative, a hard-working team and the support of fans, so they can’t wait to start their work on the upcoming sequel.

In August, on the official Instagram page, Dylan said in a video that he can’t wait to bring Trevor back to life, and he can’t wait for fans to see the final product. He also revealed that Roger Kumble will be directing the upcoming ‘After We Collided,’ while Anna Todd and Mario Celaya will be working on the screenplay of the movie.

After We Collided Teaser Trailer

Who is the cast of After We Collided?

The cast of After We Collided consists of the following, there is also more, but this is all the information we have for now.

What is After We Collided update?

After We Collidedis set for April 23, 2020. We expect to hear more on the movie in the upcoming days so stay tuned to Otakukart for more updates.