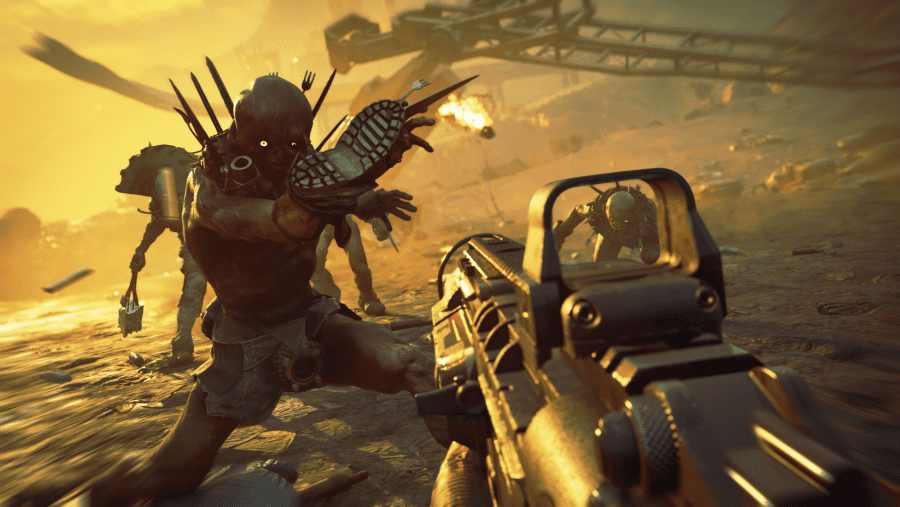 Rage 2 is a very highly anticipated game, and it comes from Avalanche. Avalanche is known for open world games such as Just Cause and Mad Max. Avalanche is collaborating with id Software in order give us Rage 2. The game is set to be released in 2019.

The game is set in the same post-apocalyptic world as the first Rage. The players will take control of Walker, who is the last remaining ranger in the wasteland. The players have to wipe out all the dangerous gangs. They will also have to eliminate The Authority, which is the oppressive organization from the original Rage.

The game is going to be released on May 4, 2019. Rage 2 is currently available for pre-order on Bethesda.net, so it is very likely that Rage 2 might not be coming to Steam at all. In the trailer for the game, we can see considerable improvements from Rage. The game will consist of jungles, swamps, and deserts. From the pre-beta footage, it seems that Rage 2 will have a lot of cool stuff and that is exactly what we need.

If you are thinking of buying the Rage 2’s collector’s edition, then you will get a lot of good stuff with it. There will be in-game extras like Doom’s BFG, an expansion, and finally, there will be several other items. One of these items is the talking head of Ruckus the Crusher (voiced by Andrew WK). In the US, it will cost $120 for this edition. Amazon has the UK price at £100.

Rage 2 is a ginormous, single-player open world game. So, there is no multiplayer in the game, which is quite disappointing. You won’t be able to pair up with your teammates and destroy a few NPCs. While this is definitely a big letdown, there are a lot of other co-op shooter games that are going to be released in 2019.