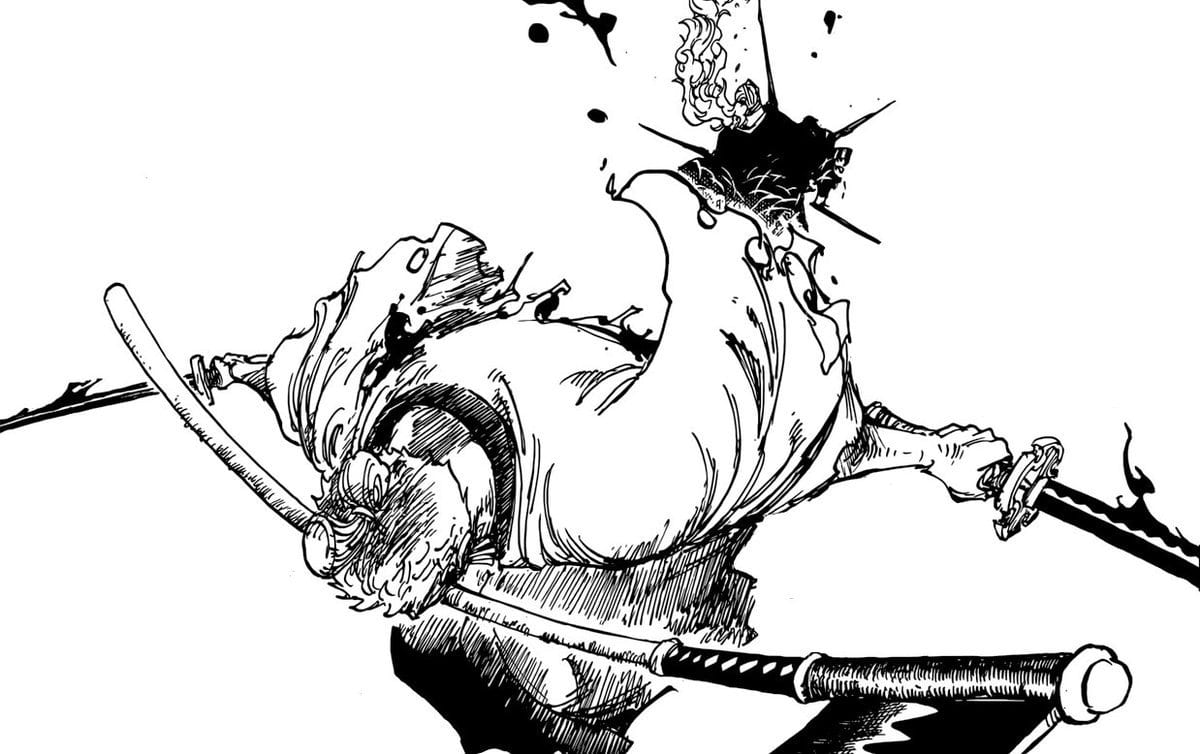 One Piece Chapter 937 dropped last week, and it was one of the biggest chapters in the second act of Wano that we’ve got so far. I really enjoyed it because we got to see some serious stuff from Zoro for the first time since we’ve crossed the time skip. He fought against Kamazou the Manslayer who was chasing Otoko and trying to kill her.

Zoro agreed to save her for some booze and food. Zoro did have some trouble in dealing with the guy at first, but later, as the fight went on, he got more comfortable. As the fight went on, Gyukimaru caused Zoro to hurt his shoulder and then Zoro finished Kamazo in one-shot. Luffy was continuing his training, and he was trying to awaken a new form of Haki.

In the next chapter, I think we’ll see Luffy fighting against one of the Six Flying Fighters of Kaido. That’s the next step in my opinion, and after beating him, Luffy might be fighting against Queen himself. I don’t think that Queen will interrupt this right now because Luffy is training and he needs to get stronger if he wants to beat Kaido.

Queen might show up eventually, but before that, I think Luffy will have to get a strong hold over his Armament Haki. After that happens, I think we’ll finally see Big Mom come there, eat Queen’s Oshiruko and then knock him out completely. We might also see Sanji going after Law because he’d like to tell him about what happened to Bepo and the others.